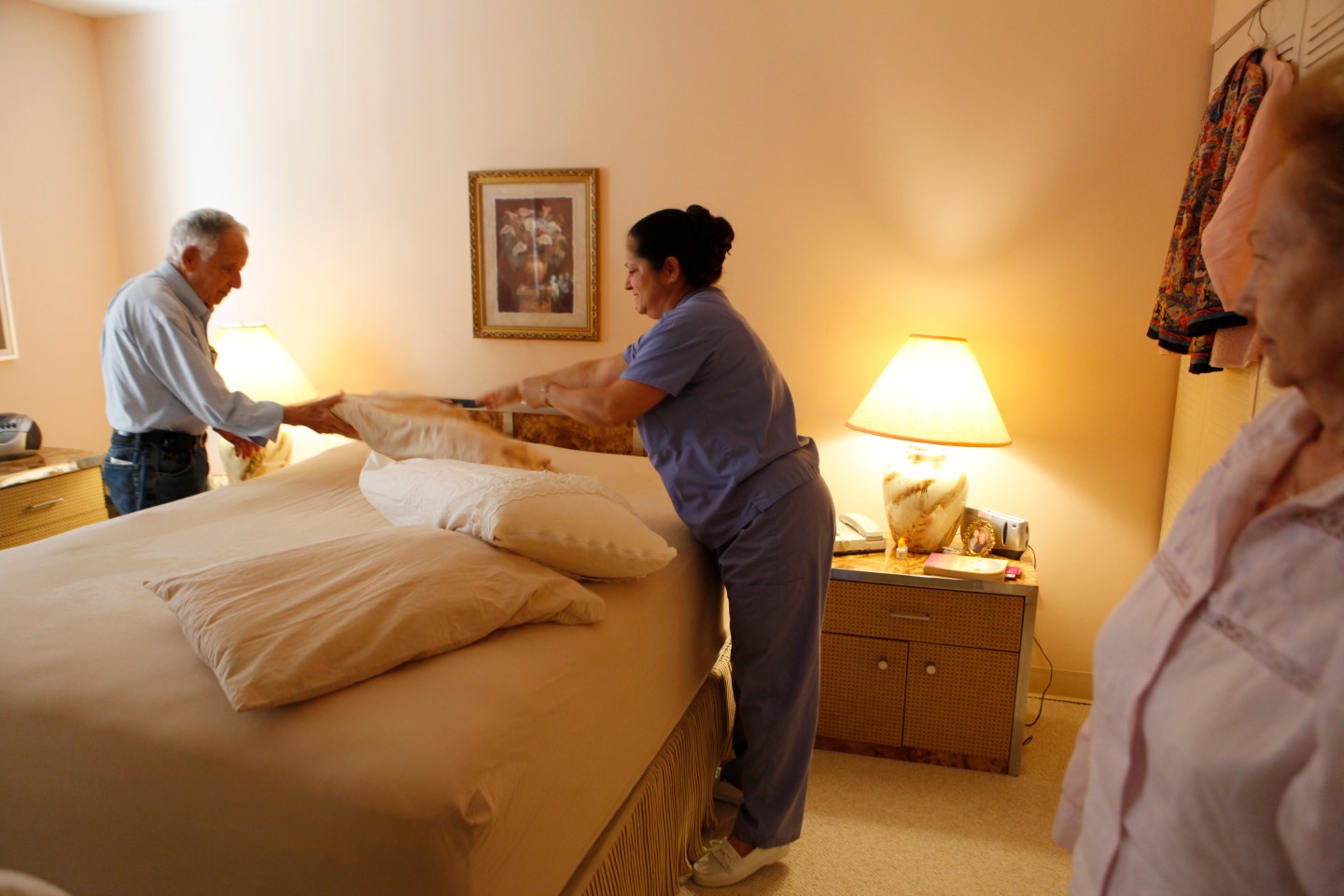 In 2011, President Barack Obama promised to raise the pay of home care aides, who generally earn little, by expanding the nation’s minimum wage and overtime laws to cover workers in that profession.

Four years later, that promise is unfulfilled. A ruling by federal district court Judge Richard Leon in Washington, D.C., vacated a rule adopted in 2013 by the Department of Labor that would have made good on Obama’s guarantee.

The Labor Department had issued official rules that removed a longtime Fair Labor Standards Act exemption that had allowed third-party employers of home care workers to avoid paying the minimum wage or overtime to employees who provided so-called companionship services to the disabled and elderly.

Since 1974, all “companionship service” workers who provide fellowship and care in a client’s home have been unprotected by the federal minimum wage and overtime laws. The Labor Department’s updated rules removed that exemption for home aide staffing agencies, which employ nearly 1.9 million people nationwide.

However, the agency kept the exemption for workers employed directly by clients or their families. The rules also narrowed the definition of “companionship care.”

In June 2014, industry groups—the Home Care Association of America, International Franchise Association, and the National Association for Home Care and Hospice—asked Judge Leon to invalidate the new rules, arguing that paying higher wages would destabilize the home care industry and make it harder for families to pay for the care of aging or disabled relatives.

Judge Leon granted that request—in part, on December 22 when he ruled that third-party employers didn’t have to pay higher wages, and then fully on Wednesday, when he also overturned the rule’s new, narrowed companionship definition.

Judge Leon’s latest ruling boils down to him concluding that the Labor Department had overstepped its power. “Redefining a 40-year-old exemption out of existence may be satisfyingly efficient to the Department of Labor, but it strikes at the heart of the balance of power our Founding Fathers intended to rest in the hands of those who must face the electorate on a regular basis,” he wrote.

The Paraprofessional Healthcare Institute, which advocates for home care workers, said in a statement Wednesday that it was “deeply disturbed by Judge Leon’s decision.” After three full years, said Jodi Sturgeon, president of PHI, “the regulatory process has run its course, and America’s two million home care workers should not have to wait any longer for fair pay.”

The Department of Labor did not immediately return a request for comment on the decision.