As FAA stalls on drones, a push for a smaller win 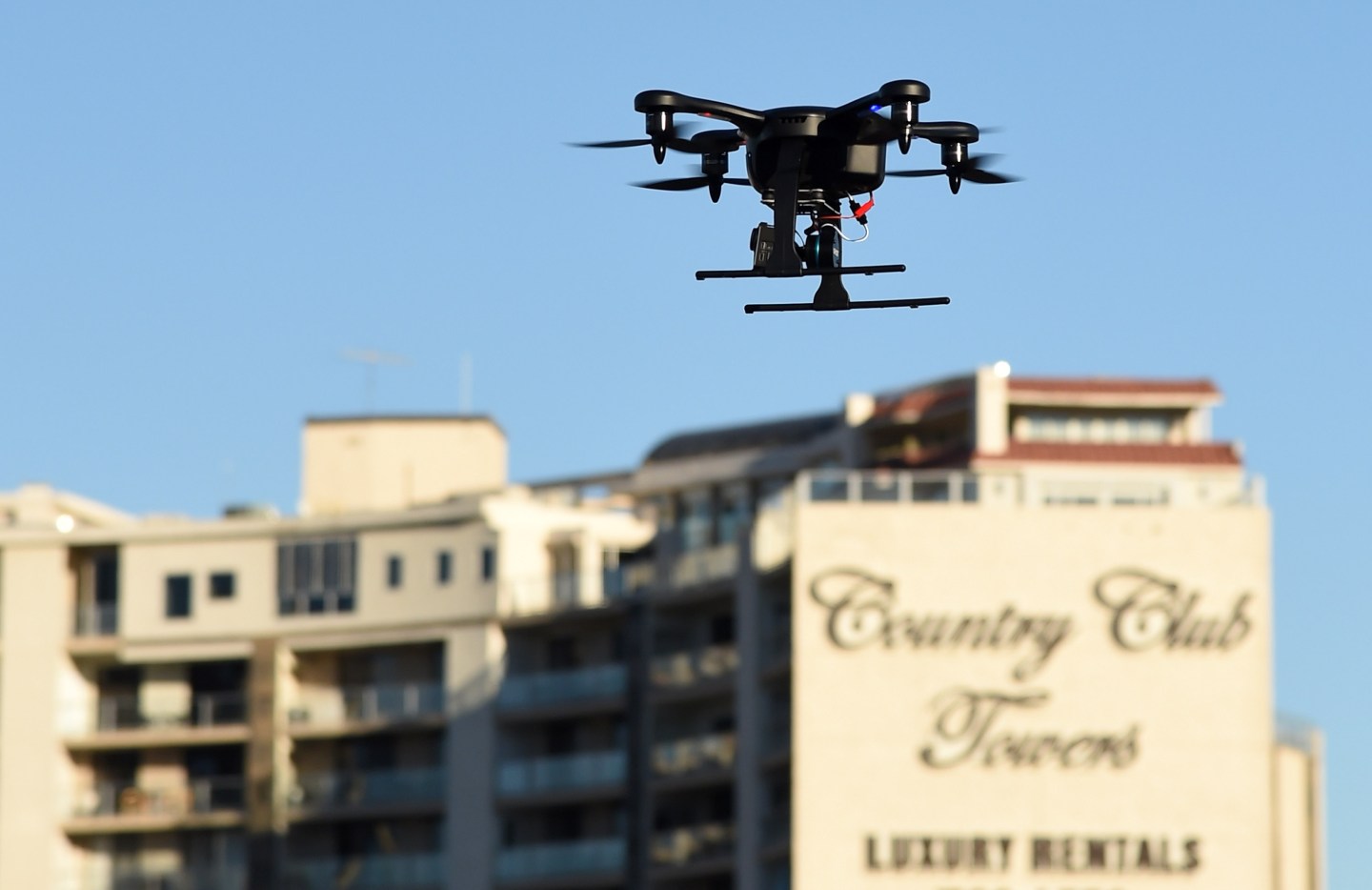 LAS VEGAS, NV - JANUARY 08: A Ghost drone by EHang flies at the 2015 International CES outside the Las Vegas Convention Center on January 8, 2015 in Las Vegas, Nevada. The Ghost can be piloted by a smartphone without a remote control and only needs one click to take off, return and land. CES, the world's largest annual consumer technology trade show, runs through January 9 and is expected to feature 3,600 exhibitors showing off their latest products and services to about 150,000 attendees. (Photo by Ethan Miller/Getty Images)
Photograph by Ethan Miller —Getty Images

Safely integrating drones into the national airspace is a big job. But with federal regulators poised to miss Congressionally mandated deadlines for producing a regulatory framework allowing the use of unmanned aerial systems—abbreviated UAS but better known as drones—for commercial purposes, an industry group is pushing the Federal Aviation Administration toward a new strategy: start small.

The UAS Fund, a $2.2 billion private-sector investment pool incorporated last year by NEXA Capital Partners in Washington D.C., has filed a formal rule-making proposal with the FAA supplying a proposed regulation governing the use of extremely small drones weighing less than three pounds. The idea? While the FAA remains bogged down in the complexities inherent in making America’s airspace safe for drones of all sizes, allow so-called “micro unmanned aircraft”—mUA for short—to begin flying in a commercial capacity in the near term. Doing so is relatively risk-free, UAS Fund representatives say, and would allow the unmanned systems industry to unleash the myriad benefits of drones on U.S. business. It would also set in motion the billions of dollars in economic impact that drones are expected to deliver when they are finally cleared for commercial use.

“Our view is that our micro unmanned aircraft rule is a no-brainer from an economic development perspective because it can be immediately implemented and start unlocking economic benefits today,” says UAS Fund president Matthew Bieschke. “Moving away from the burdensome process that’s in place right now will allow some of the economic benefits to be realized today, long before the small UAS rule gets worked out.”

The “small UAS rule” currently under development by the FAA would apply to all drones weighing 55 pounds or less, regardless of size, application, or type of aircraft. A draft version of these regulations was supposed to be handed down by the end of 2014 and a final set of rules put in place by the end of 2015. But by their own admission, regulators have had a hard time developing a set of regulations that reasonably apply across all sizes and classes of unmanned aircraft.

As a result, the FAA’s blanket ban on commercial drone use remains in effect, the only exceptions being a few companies that have managed to secure exemptions from the FAA through a lengthy application process. Last week the FAA granted two more exemptions, one to a precision agriculture company and the other to a real estate firm, bringing the total number of companies allowed to use drones for commercial purposes to 13. (More than 200 applications are pending.) The proposed mUA rule would create a general regulation that would allow anyone to commercially operate drones weighing less than three pounds without securing an application-specific exemption from the FAA.

The proposed rule also reflects the a growing sentiment among drone advocates in and outside the industry that regulating a two-pound, battery-powered quadrotor and a 50-pound, gas-powered behemoth in the same way is not only nonsensical, but quite difficult for the FAA to do in a manner that’s not burdensome for both businesses and authorities.

“We don’t think starting with a 55-pound rule is the way to go,” Bieschke says. “We think the best way to do this is to start with this category first and then build on that. We need to start somewhere. We need to crawl before we walk, and walk before we run.”

The mUA rule proposal argues that allowing drones three-pounds and lighter into the airspace first makes sense because according to the FAA’s own data, objects of that size pose no threat to manned aviation. The mUA proposal comes complete with a safety study compiled by a third-party engineering firm based largely upon FAA on bird strikes within the general aviation industry. While data concerning actual collisions between manned aircraft and drones is virtually nonexistent, the study concludes that in the last 25 years there have been no injuries or deaths resulting from manned aircraft colliding with small- or medium-sized birds (those weighing less than 3.8 pounds) despite the presence of 10 billion birds in U.S. skies.

Therefore, the study concludes, mUA operated by experienced pilots in accordance with existing drone regulations—which dictate that unmanned aircraft operate below a ceiling of 400 feet and at least five miles away from airports—pose no threat to manned aviation. Nor should they pose an unreasonable threat to persons on the ground. And with safety concerns put to rest, there’s no reason to prohibit companies from taking advantage of the valuable data and imagery that even this smallest class of drones can provide.

For the drone industry and companies anxious to integrate drones into their operations, the proposed mUA rule provides something else that could be far more important in the long term: a foot in the door. The proposed mUA rule isn’t designed to be a “one-and-done” solution, Bieschke says, but the first step toward creating smart and safe regulations around larger classes of unmanned aircraft. “We personally—the UAS Fund—don’t really have a lot to gain from a three-pound rule,” he says. “We just want to promote commercialization here, to jump-start the industry and get us moving in the right direction here in the United States rather than sit here and watch all these companies go overseas or to Canada.”