Microsoft releases diversity stats: How the tech giant sizes up 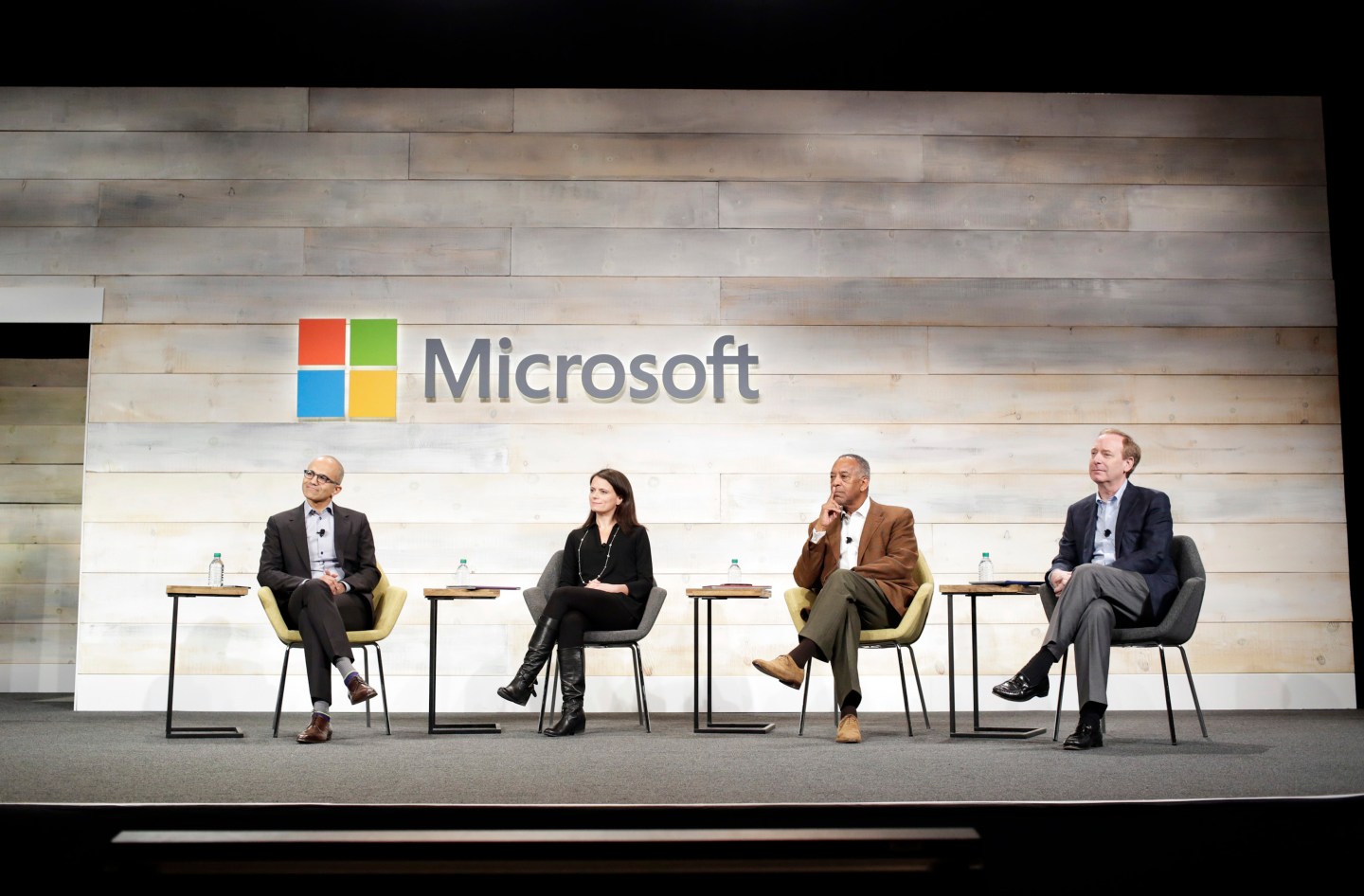 In mid-December, Microsoft (MSFT) quietly released its EEO-1 form, a federal filing that outlines employment data by race and gender according to job type. While Microsoft has diversity in its highest ranks, including an African-American board chairman, an Indian CEO and a female CFO, the overall statistics are less flattering: the company is 60.6% white and 71% male, according to its EEO-1 form.

Under the Civil Rights Act of 1964, every company is required to file file an EEO-1 form, listing employment data by race/ethnicity, gender and job category. The federal government is prohibited from making any of the compliance surveys public.

Learn more about diversity in tech from Fortune’s video team:

A host of tech companies have revealed their diversity numbers in the last year, although some big name firms have remained stubbornly silent, including Amazon (AMZN), IBM (IBM) and Oracle (ORCL).

At Microsoft’s annual meeting on Dec. 3, Nadella vowed to publicize EEO-1 numbers after Rev. Jesse Jackson called on the tech industry to improve its diversity. Microsoft had released only certain diversity data points since 2006.

So, how does Microsoft compare to other tech companies?

Fortune.com examined the data released so far, which includes 10 tech companies’ federal EEO-1 filings, some company blog posts and annual corporate reports. That means there could be slight differences to how the information was collected and categorized. It’s not an entirely parallel comparison, but it does provide some insights.

Here’s how Microsoft stacks up.

Not the most male-dominated

Overall, the Microsoft staff is heavily male, with just 29% of the staff female. But that is not the most male-dominated company. That award goes to Intel, which is 23% male. However, Microsoft's stat is still impressive (in a negative way), considering that the company has 128,000 employees worldwide.

"We have work to do at Microsoft and across the industry," wrote Nadella in an internal memo prior to the EEO-1 release. "These numbers are not good enough, especially in a world in which our customers are diverse and global."

Few women at the top

Even getting more women in the door at tech companies doesn't mean they will advance into managerial roles within the firm. There are few women in leadership roles at companies like Google (GOOG), Microsoft and Facebook (FB).

Nadella and other tech CEOs have created various initiatives to hire more women and minorities, such as prioritizing diversity when recruiting and developing training programs to promote inclusion.

Even fewer women in STEM jobs

The gender imbalance is even more pronounced when you examine the technical ranks; only 17% of programmers, coders and other engineering-type roles are held by women at Microsoft. Microsoft's standing -- though average for the industry -- is still better than Twitter's (TWTR) 10% female tech headcount.

In part, the problem starts long before the hiring process even begins, as women account for only 18.2% of computer science graduates, according to the National Science Foundation.

An obvious racial and diversity gap

When it comes to overall racial and ethnic diversity, Microsoft falls toward the back of the pack, with 61% of employees identifying as Caucasian. Yahoo (YHOO) has a 50% Caucasian headcount, though Apple (AAPL) has a greater percentage of minority workers, especially among Hispanic (11%) and black (7%) employees.

The diversity gap in the executive ranks

Microsoft does a bit better than its peers when it comes to having a racially and ethnically-diverse leadership. Whites hold 72.2% of all leadership roles at Microsoft, compared to about 78% at Yahoo.  Facebook also has a similar diversity gap, with about 74% of leadership identifying as white.

Tech companies know that their numbers aren't anything to be too proud of: Apple's stats, which were revealed in a blog post, came with a sort of apology from CEO Tim Cook: "As CEO, I'm not satisfied with the numbers on this page. They're not new to us, and we've been working hard for quite some time to improve them."

Execs at other tech companies issued similar statements with their diversity revelations. “Put simply, Google is not where we want to be when it comes to diversity,” Laszlo Bock, Google’s senior vice president of people operations, said.

Watch more about Microsoft from Fortune: