Here’s the skinny on low-calorie wines 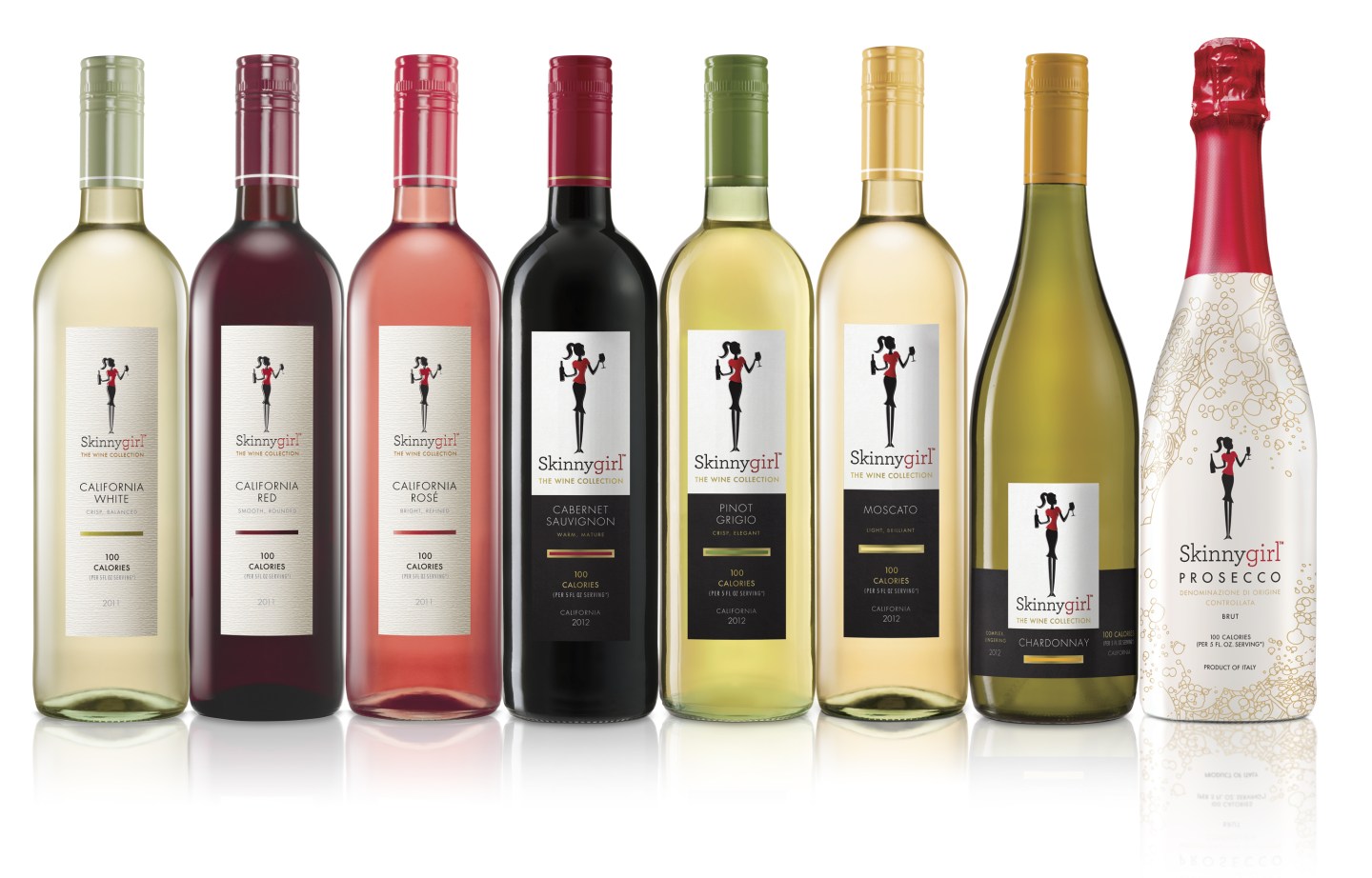 Brancott Estate’s low-calorie wine, Flight Song, has been on liquor shelves, courting calorie counters, for less than a year.

It took more than 10 years to get it there.

The New Zealand wine producer spent almost a decade researching how to best make low-calorie wine. Another three years went into harvesting and testing the varieties in the vineyard. The wine, which is 20% lighter in calories than standard, is part of a growing trend to market low-calorie wines to a mostly female, Millennial crowd. Rival brands include Treasury Wine Estates’ The Skinny Vine, and reality TV star Bethenny Frankel’s Skinnygirl line, which is owned by liquor giant Beam Suntory.

U.S. wine consumption has increased steadily over the past two decades, but there’s no clear sense of just how large the low-calorie market is, or if low-cal wines have contributed to the industry’s broader growth. Observers agree, though, that it’s a niche market for now, and makes up a tiny sliver of the overall U.S. wine market.

Low-cal wines have no set industry standard, although experts say they are at least 15% lighter than the standard 120-130 calories found in a typical five-ounce serving. Generally speaking, U.S. wines have growing conditions that are less favorable to the low-cal craze. California, the nation’s principal source of grapes, has more heat and less rain than many wine-growing regions in Europe and therefore the wine it producers is higher in sugar and thus higher in calories.

Nevertheless, several U.S. companies are still trying while some, like Brancott, are importing wines made abroad in more favorable regions. Skinnygirl, which began selling wines about three years ago, this month debuted a pinot noir. The Skinny Vine has been on shelves about two years, while FlightSong will celebrate its first-year anniversary in February.

“If I could have some lower alcohol wines instead of a 17% [ABV] zinfandel, it would be preferable for someone like me,” said Rob McMillan, the founder of Silicon Valley Bank, which lends to wineries. McMillan said low-calorie wines aren’t a popular category in the U.S. quite yet, but there’s potential. “I can’t drink like I did when I was 30,” the 58-year-old said.

Matt Foley, brand director at Pernod Ricard’s Brancott Estate, believes there have been two major barriers that have held the wine industry back from tapping the low-calorie space: social stigma and quality concerns.

“When you talk to the consumer, taste is a big barrier,” Foley said. “They are concerned they can’t get a quality low-calorie wine.”

Low-calorie wines have a lighter alcohol content, which can be achieved by harvesting grapes a few weeks earlier than normal. But by pulling grapes ahead of schedule, the ripened fruit miss out on some key aromatic and flavor compounds that come together late in the maturation process.

Not everyone in the industry is sold on the concept of low-calorie wine. Some detractors point out that a caloric reduction of about 20 calories per serving might not be worth it.

“Low calorie [wine] is something that people can be curious about, but if you are really concerned about your health, I don’t think you should be focused on Skinnygirl,” said Ryan O’Connell, a California winemaker and marketing manager for NakedWines.com. “The better way to go about it is to make sure what you are drinking is good wine, and if that means drinking a little less, and higher quality, I think you’ll do yourself a much greater service.”

At NakedWines.com, a crowdfunding platform that connects independent wine makers to investors, less than 10% of the portfolio can be considered a low-calorie wine. And those lighter wines aren’t marketed that way, O’Connell said. Some wine styles, such as French wines, naturally have fewer calories than the standard glass.

“We have lower alcohol wines that are dry and are low-calorie, but we don’t make a big deal about it,” O’Connell said.

The teams behind Skinnygirl and Brancott Estate say they believe there’s a market for their wines, generally courting women in their 20s to late 30s.

Megan Frank, senior director at Beam Suntory, said there are a few challenges. In particular, when consumers first learn about low-calorie wines, they are initial skeptical about the taste.

“The biggest learning lesson for us was to make sure our communication and marketing plans let them know that they didn’t need to sacrifice taste,” Frank said. One way Beam Suntory tackled that was with in-store tastings.

Some experts say that the wine industry’s experimentation with lower-calorie wines mirrors what’s going on in the craft beer world. “Session beers” are a category that’s emerged and is basically any beer that contains no higher than 5% ABV. Those beers hope to pack the flavor that’s associated with craft beer, but with lower alcohol content and thus fewer calories.

“There had been a move toward big, concentrated wines,” said Kurt Lorenzi, vice president of global sourcing at wine and beer supplier Winery Exchange. “And now there’s a lot more interest in wines that are better balanced, and part of that is lower alcohol, and with it, lower calories.”
[fortune-brightcove videoid=3448163579001]