Luxury ·In One Plate

The ultimate Philadelphia dish? Nope, not a cheesesteak 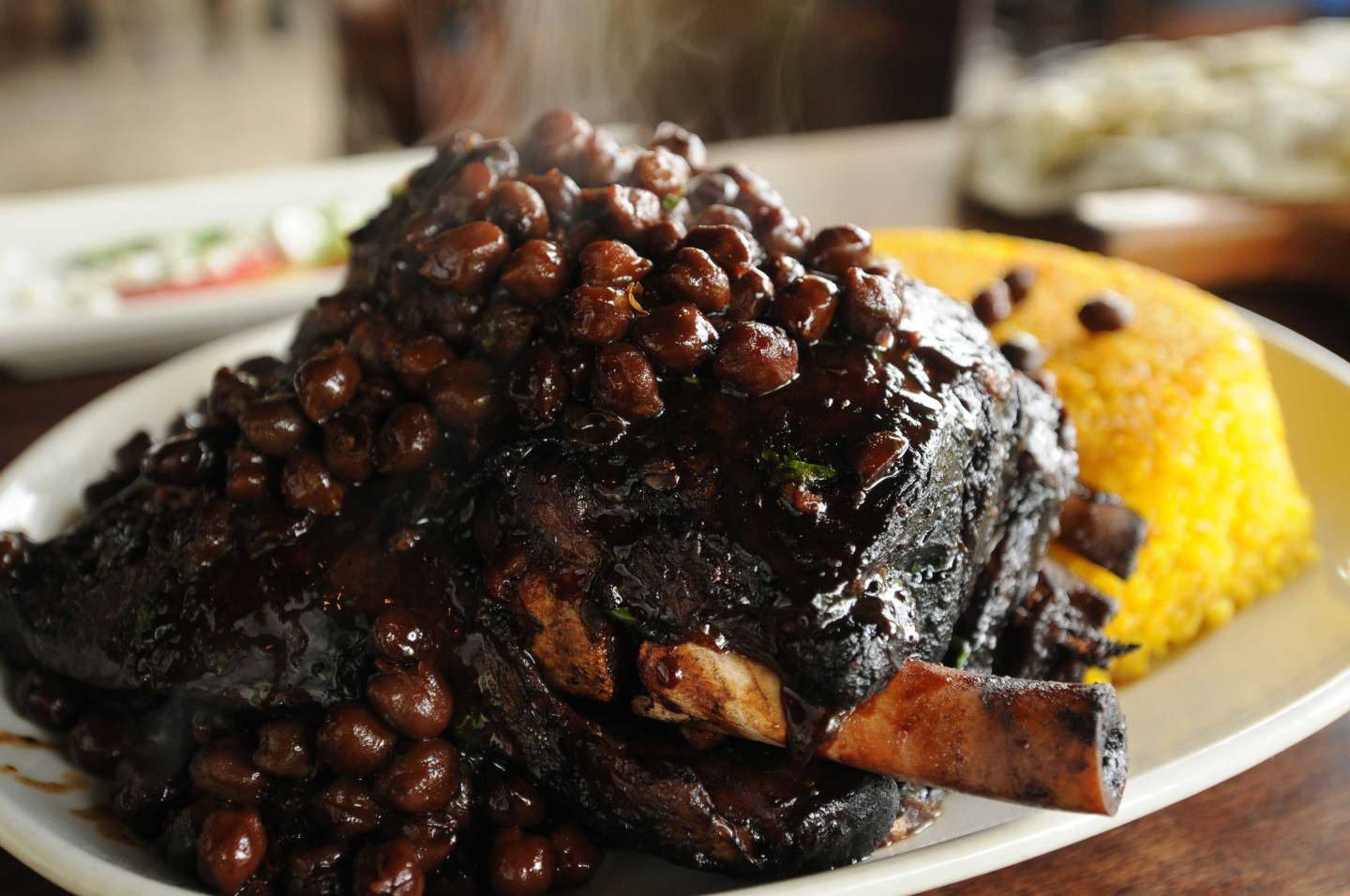 In Hebrew, ‘mesibah’ means ‘party.’ In Philadelphia, it means the pre-fixe menu at Steve Cook and Michael Solomonov’s lustrous restaurant, Zahav, the standard-bearer for new-wave Israeli cooking in America. Mesibah revelers in the warm, tan-and-turquoise dining room begin with velvet hummus, a parade of cool vegetable salads and meze that might include raw lamb, crispy halloumi or house-smoked sable. Then, the showstopper, a dish that’s become synonymous with Zahav and is, in breathless food writer circles, something of a must-collect baseball card: the whole lamb shoulder.

“It’s not a traditional dish in Israel,” says Solomonov, who was born there, outside Tel Aviv. “But the first time I made it was for a Seder dinner.”

Solomonov, his former boss, Marc Vetri, and their respective families had been sharing Passover meals at Marc’s sterling ristorante, Vetri, for years. But in 2008, they shifted the location to an under-construction Zahav, two weeks before the restaurant would debut. “There was nothing else in the kitchen. I just threw it together, and it’s been on the menu ever since.”

The version now is a bit more refined than the original eleventh-hour effort, but the essence is unchanged: a Colorado lamb shoulder (six to ten pounds, on average), pomegranate juice, chickpeas, rice and time. The meat starts not at Zahav, but at Cook and Solomonov’s barbecue, Percy Street, a mile away; that’s where the smokers are, and after a 48-hour brine with garlic and allspice, the shoulder takes a five-hour nap over smoldering red Pennsylvania oak. Back at Zahav, the lamb is covered in pomegranate juice, wrapped and braised eight hours. When a Mesibah order goes in, the now-cooled lamb, with a trove of chickpeas and some braising liquid, takes a final trip to the oven, where a shiny pomegranate lacquer forms on its planes and peaks like shell of a candy apple. Solomonov hits it with parsley and mint and sends the shoulder to the table with a chaperone of Persian rice, a turmeric-and-saffron-tined pilaf with an additively crunchy bottom like a paella’s socarrat.

Plonk. Plonk, plonk, plonk… That’s the jaws of the diners hitting the wood table as the shoulder arrives, heralded not by trumpets but by Zahav’s infallible nineties hip-hop soundtrack. The thing is massive, glinting in the light like some obsidian geological formation. Everyone is so full already. But everyone descends upon it just the same, revealing dusky rose meat just beneath the darkly caramelized surface. The precious little silver tongs are a funny joke; it’s not long before the Mesibah guests are picking at the sweet, smoky shoulder with their fingers.

“It represents the Philly diner,” says Solomonov. “Sophisticated but masked under the guise of being casual.”