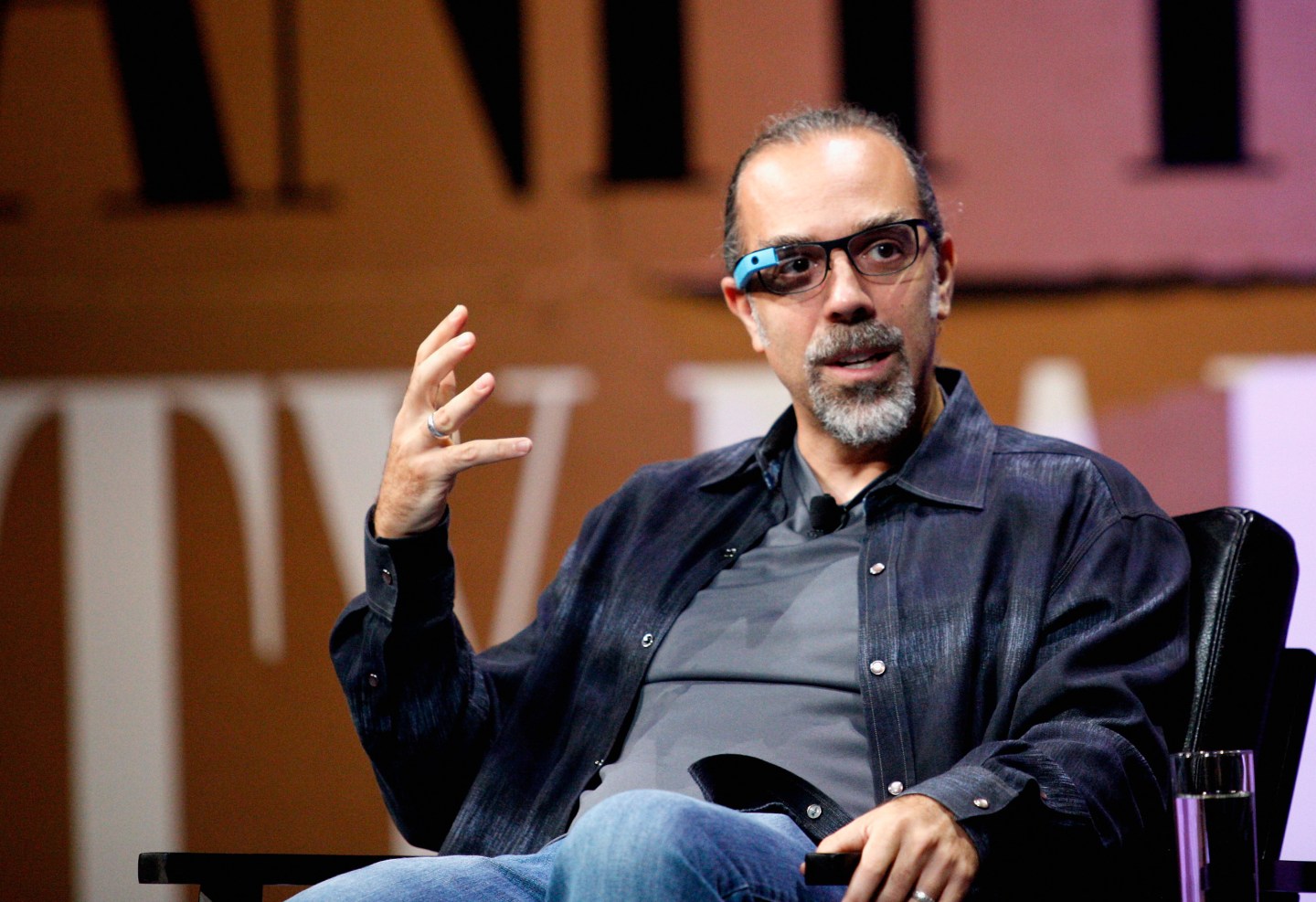 There are few people more qualified to talk about shaping the future than Google’s Astro Teller. His official title the oh-so-Googley “Captain of Moonshots.” His day job is running Google X, which the company calls its “moonshot factory.” It’s where Google (GOOG) is developing self-driving cars, Glass (its glasses-like wearable computer), Loon (a project to deliver Internet access worldwide through high-altitude balloons), Makani (an effort to generate energy through high-flying wind turbines), and ingestible nanoparticles that would detect cancer and other diseases. Teller works closely with CEO Larry Page, which Fortune named 2014 businessperson of the year, and Sergey Brin, the Google co-founder who oversees X and other special projects. He recently spoke with Fortune about his lab’s approach to breakthrough innovation.

Fortune: How do moon shots come together at Google X?

Well, with the caveat that it’s not simple, I think that there are some principles, or some ways of seeing, at least, things that don’t work.

The first one is that it’s a huge problem. That sounds pretty obvious, but it’s incredibly not obvious in fact.

Then the second thing is that there has to be some kind of radical proposed solution. It should be a science fiction-sounding product or service. Obviously whether it really sounds like it comes out of [Isaac] Asimov isn’t important. What’s important is that we be not treading the same ground that other people have tread before because thinking that we’re going to be smarter or better resourced or work harder than people who’ve come before us is just not a good bet.

Then the third one is some reason to believe that this isn’t just pie in the sky. We would call this breakthrough science or tech.

These three things don’t happen all at once, right?

That’s right. So in some cases one of these is easy and the others are hard. Sometimes we will think we have a bead on two or even three of these things, but after awhile one of them will fall away.

Very generally, doing this from balloons rather than from satellites sort of has the form of a radical solution.

And so we went through a process for almost a year where the mantra was not “This is going to work” but “This is not going to work. How can we discover why this won’t work as fast as possible so that we can discard this and move on to something else?” And it was only having tried rigorously for a year and having failed to fail many times in a row that we got to the point where we were starting to take this project really seriously.

You have a rapid-eval team. Can you talk a little bit about how it works?

There are two ends of a continuum [for tackling moon shots]. On one end of the continuum—you could just call this the “savant” model—you pick a small number of things to do, and you’re determined to do them from the beginning, and you’d better be right because you decided you’re going to do them. On the other end of the spectrum—you could think of this as the “funnel” perspective—at the beginning you have a huge number of things that you’re not taking very seriously and that you’re hoping to throw out with relatively little work. And the farther you get into the funnel, the more work it may take to throw out something.

So this is a team of maybe eight or so polymaths who are exceptionally bright over a broad range. They tend to be makers, so they are not uncomfortable prototyping. They’re run by a guy named Rich DeVaul. They act in a fairly chamber music-like way, where for each thing that someone is working on, everyone else will just pitch in.

And then Rich DeVaul also runs the Design Kitchen for us, which is sort of a tech shop on steroids. It’s a rapid prototyping facility, and it makes sense that these two things are together.

With Larry Page, you’ve got your savant, too.

Well, we have both, right? We are very fortunate to be in a situation where two of the planet’s recognized savants, Larry and Sergey, are here. There are times when they say, “Trust me on this one.” And that does skip parts of the funnel process. But that doesn’t mean that we aren’t otherwise driving the funnel process.

Is there a way to institutionalize or scale this process? How far can it scale?

We clearly have scaled in the sense that there’s a lot more going on here than there was two years ago. I do believe that making a factory for innovation, a moon-shot factory, is possible. I’m not saying that we’ve done a perfect job here so far, but I do think that that’s possible.