4 scandals that rocked the sports world in 2014 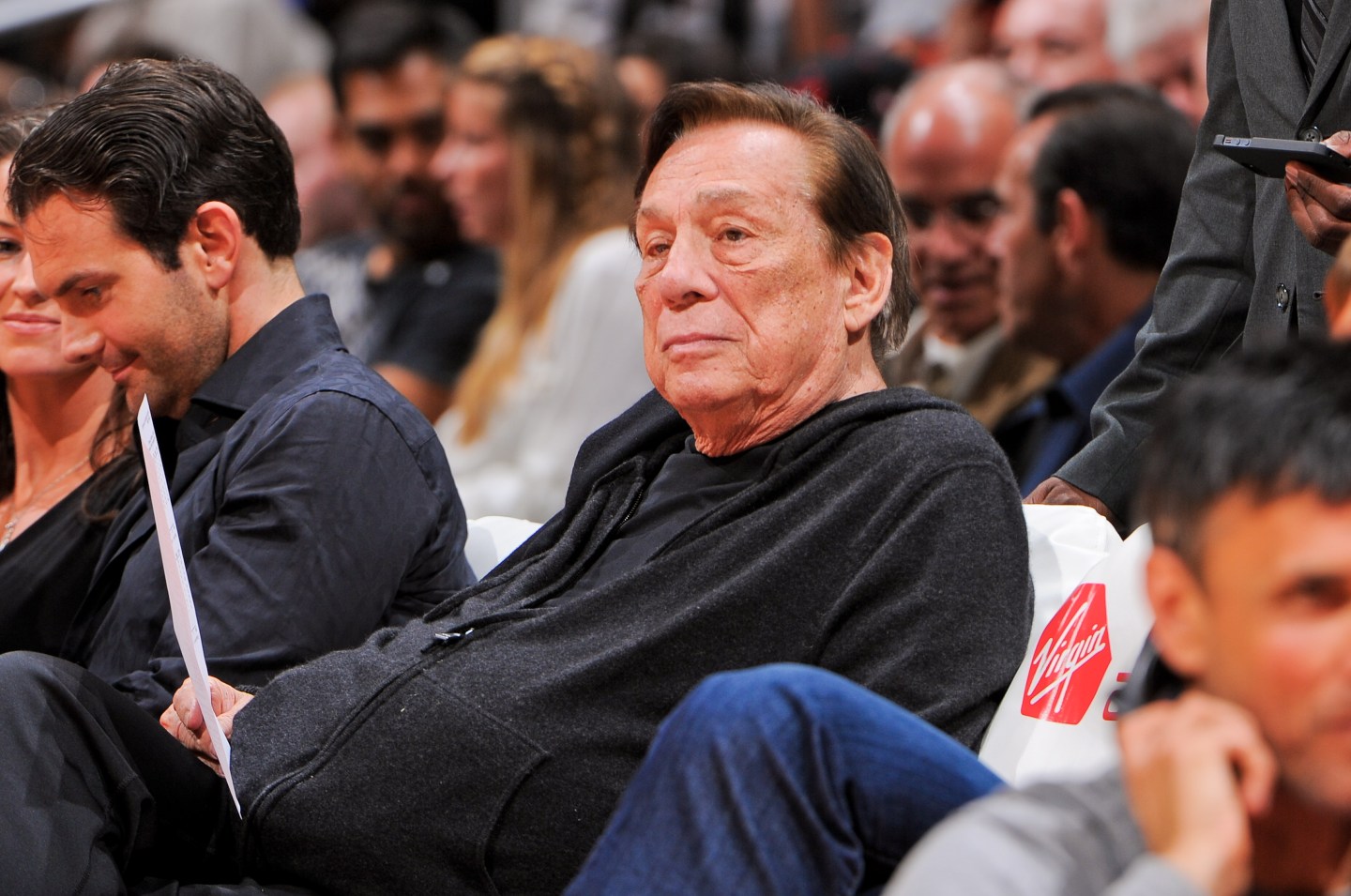 LOS ANGELES, CA - APRIL 10: Donald Sterling, owner of the Los Angeles Clippers, looks on as his team plays against the Minnesota Timberwolves at Staples Center on April 10, 2013 in Los Angeles, California. NOTE TO USER: User expressly acknowledges and agrees that, by downloading and/or using this Photograph, user is consenting to the terms and conditions of the Getty Images License Agreement. Mandatory Copyright Notice: Copyright 2013 NBAE (Photo by Andrew D. Bernstein/NBAE via Getty Images)
Photograph by Andrew D. Bernstein — NBAE/Getty Images

There were serious allegations made against professional athletes, and on-field antics by international soccer players.

All in all, 2014 was quite a year for sports scandals.

A slew of athletes enmeshed in scandals lost their endorsement deals, while others in the industry lost even more. And as Fortune’s Daniel Roberts points out, some sectors of the sports world proved remarkably adept at escaping the stink of scandal this year.

Here are 4 scandals that rocked the sports business this year.

After TMZ released video footage of the former Baltimore Ravens running back hitting his fiancée, it wasn't long before a slew of companies dropped their endorsements. For Rice, the list includes sports equipment company Vertimax, and Nike. Other retailers stopped selling his jerseys, and his image was removed from video games. The NFL's response — and that of NFL Commissioner Roger Goodell — failed to satisfy fans, however. In fact, the uproar against the pro sports league entered some of the lowest lows for the league's brand in recent years. According to YouGov BrandIndex, which tracks brand awareness, the NFL's "Buzz Score" is now -42 on a scale of 100 to -100 (based on a survey of 10,000 individuals). That was the NFL's lowest score in over two years.

CONROE, TX - NOVEMBER 04: Defense attorney Rusty Hardin, (L) and NFL running back Adrian Peterson of the of the Minnesota Vikings address the media after Peterson plead "no contest" to a lesser misdemeanor charge of reckless assault on November 4, 2014 in Conroe, Texas. Peterson's plea to the Class A misdemeanor comes with two years of deferred adjudication. Peterson also received a $4,000 fine and 80 hours of required community service. (Photo by Bob Levey/Getty Images)

Minnesota Vikings running back Adrian Peterson received a similar fate to Rice after he pleaded no contest to misdemeanor reckless assault. Peterson allegedly beat his son with a tree branch. After Nike suspended its endorsement of the athlete, the athletic gear giant officially terminated his contract in November, Fortune reported. "Adrian Peterson of the Minnesota Vikings was notified today that he has been suspended without pay for at least the remainder of the 2014 NFL season, and will not be considered for reinstatement before April 15, for violating the NFL Personal Conduct Policy in an incident of abusive discipline that he inflicted on his four-year-old son last May," read a Nov. 18 announcement from the NFL.

While the Donald Sterling saga has finally been laid to rest with former Microsoft CEO (MSFT) Steve Ballmer winning a $2 billion bid for the L.A. Clippers in August, for a while it looked as though the scandal wouldn't end any time soon. Sterling, the now embattled former owner of the NBA franchise, was caught on tape (also by TMZ) spouting racist remarks at a basketball game. The NBA, with the leadership of commissioner Adam Silver, promptly banned Sterling for life, leaving estranged wife Shelly to handle the forced sale of the franchise. ButDonald Sterling wouldn't relent, and he attempted to appeal a ruling that allowed Shelly to sell the team. That, however, was refused by an appellate court in August.

Italy's Giorgio Chiellini, left, complains after Uruguay's Luis Suarez, right, ran into his shoulder with his teeth during the World Cup in Brazil on June 24, 2014.

It was the bite seen around the world: Luis Suarez of Uruguay bit Italian defender Giorgi Chiellini during a World Cup game in June, prompting an immediate backlash from one of his sponsors: “Following the allegations made against Luis Suarez in regards to his behavior during Uruguay’s World Cup match against Italy, 888poker is seriously reviewing its relationship with the player as we will not tolerate any unsporting behavior,” the company said in a statement at the time. And while 888poker ultimately ended their relationship with Suarez, others such as Adidas didn't budge. “Before the World Cup Luis Suarez brand was recovering from his previous biting and racist abuse incidents. After the latest episode he has made himself toxic to clubs, fans and sponsors,” David Haigh, the CEO of Brand Finance, a brand valuation consultancy firm based in the U.K., told Fortune at the time.