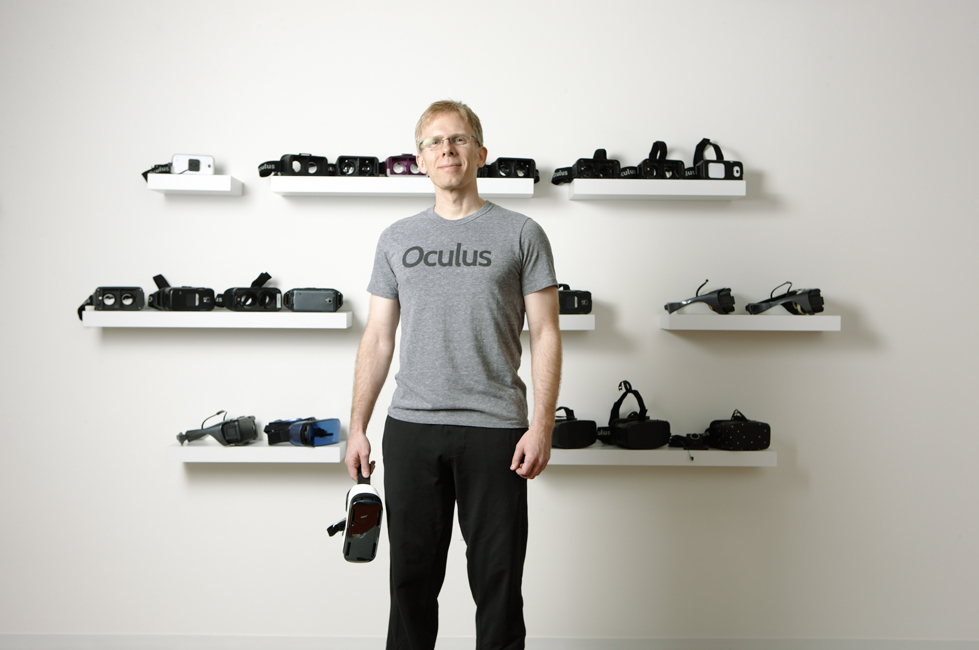 It’s been a banner year for Oculus VR thanks to Facebook’s (FB) $2 billion acquisition of the virtual-reality company. CTO John Carmack, best known for programming the iconic videogames Doom and Quake, joined just in time for the rush. We spoke to him about what’s next for the immersive technology.

What separates virtual-reality technology today from VR in the past?

Carmack: In the past there were smaller niche companies, research companies, or military projects, and none of them got it right. Everybody was doing small incremental improvements on the previous form factor and design, which just wasn’t right. And they didn’t notice that you can make it something that the mass market could enjoy. Oculus really started popularizing a new approach using cellphone screen technology, a wide field of view, and super-low-latency sensor tracking. It’s not crappy stuff that doesn’t work and makes everybody sick. When you experience Oculus technology, it’s like getting religion on contact. People that try it walk out a believer.

What excites you about mobile VR?

The magic of a completely portable and wireless VR headset is easy to under-estimate until you have experienced it. At its very core, virtual reality is about being freed from the limitations of actual reality. Carrying your virtual reality with you, and being able to jump into it whenever and wherever you want, qualitatively changes the experience for the better. Experiencing mobile VR is like when you first tried a decent desktop VR experience. There is a sense that you are glimpsing something from the future. This is science fiction made real, and it’s only just the beginning.

What are the nonentertainment opportunities you see in virtual reality?

The stereoscopic panoramic videos that we’re showing on Samsung VR are getting a lot of positive traction. It’s exciting when you see creative types—whether from the music, film, or video industries—look at this stuff. The gears are turning in their head almost immediately about how they can use it as a new medium. Part of it is that built-in game-engine technology for the position tracking. But there is also the interesting push for building panoramic content and even augmenting existing content. One of the big things that DreamWorks showed was a traditional movie playing on a screen, which normally would be boring. But they had this animated game engine going on around it, so you had this environment where the characters from the animated movie are waving at you or responding to what’s going on in the movie. That’s another really interesting way that you could have game technology merging with traditional media.

What are the challenges that remain for mobile VR?

How long mobile devices can sustain VR running at large fractions of that power. Looking ahead, we want people to be in VR for hours at a time. There are some significant challenges that we have to face there.

This story is from the January 2015 issue of Fortune. For an extended version that appeared exclusively on the web, click here.