The Infiniti Q50 took me for a ride 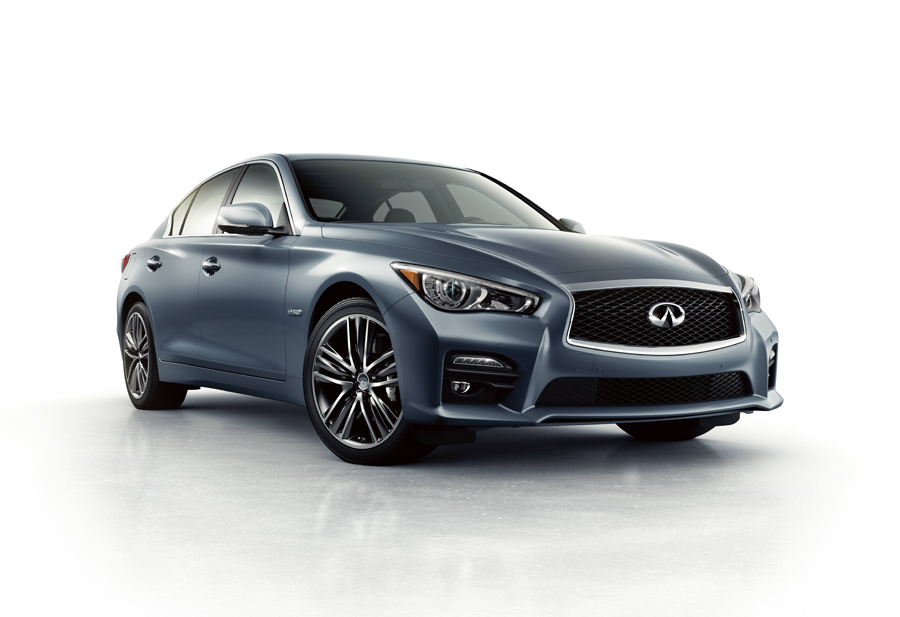 Carlos Ghosn believes that one of Renault-Nissan’s most important competitive advantages will be autonomous vehicles, and the company’s Infiniti division has become a leader in this field. I drove the new, midsize Infiniti Q50 luxury sedan (sticker $56,000, loaded) around Westchester County, N.Y., for a week. My hybrid version pumped out 360 hp from the 3.5-liter V-6/electric motor combo and consumed a mildly impressive 29 miles per gallon city, 36 mpg highway. This model had a host of AV technologies such as blind-spot monitoring (a yellow light flashes on the dashboard whenever a car is lurking in the next lane) and the ability to warn you if you’re about to engage in a front-end collision. Also, if I spaced out and the car drifted to the next lane, a warning chime sounded.

That stuff isn’t all that new. What sets this Infiniti apart is its ability to drive itself on the highway. (Look, Ma, no hands!) On a drive one afternoon on N.Y. Interstate 287 going about 65 miles an hour, I turned on the Adaptive Cruise Control and Active Lane Control systems and set the distance between me and the car in front to about three car lengths. I took my hands off the steering wheel, and the car stayed in its lane a proper distance from the driver ahead and navigated curves. An eerie feeling, indeed. If the traffic slowed ahead, so would I, at all times keeping the proper distance. As a newbie to AV technology, I didn’t entirely trust the system. As the traffic slowed to about 10 miles an hour at one point, a driver was merging into my lane from the right, and my car didn’t seem to see it, so I hit the brakes. The Infiniti probably would have kept me from hitting the other car, but I wasn’t in the mood to take a chance. That said, this technology is the future.