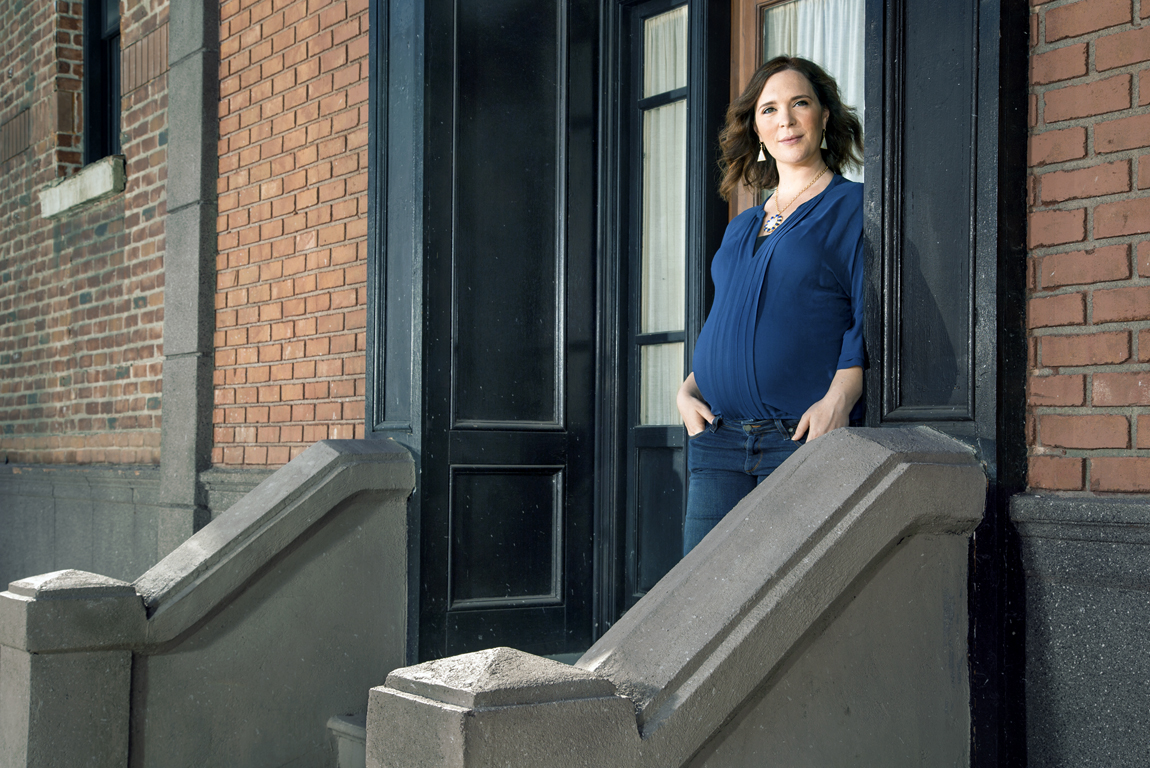 From a business perspective, one of the weightier bits of intel to come from the Sony hack has been the revelation of a huge pay gap between two top execs. According to documents posted by Fusion, Hannah Minghella, president of production for Columbia Pictures, is on target to earn $1.55 million this year. Her co-president, Michael De Luca, will take home $2.4 million.

News outlets were quick to decry the gender wage gap. “A Female Sony Executive Makes Nearly $1 Million Less Than Her Male Counterpart,” blasted Business Insider. Fusion noted that of the 17 Sony employees with base pay rates over $1 million, only one is a woman.

But De Luca, 49, came to his role at Sony Pictures with a bevy of awards and 25 years of experience in the industry, including stints as president of production at New Line and at DreamWorks. Minghella, 35, had her first production credit on The Talented Mr. Ripley in 1999. She spent three years as head of Sony Pictures Animation on her way to her current position. (This year, she made our 40 Under 40 list.)

So, did De Luca’s greater experience and track record warrant higher pay? Are his responsibilities more substantive? It is impossible to know what decision-making went on in this particular case. (Sony did not respond to requests for comment.)

This particular pay gap, however, raises an important management question: are there times when a pay disparity between a man and woman with the same title is reasonable?

Experts in workplace compensation note that employers aren’t required to pay two people the same salary simply because they hold the same title. In fact, the Equal Pay Act of 1963 gives employers wide berth. The federal law states that employers can set different pay for people with identical jobs if the reason is based on a person’s seniority, merit, quality or quantity of work, or some other factor not related to their sex.

Still, Roberta Liebenberg, former chair of the American Bar Association’s Commission on Women, cautions that employers need to be watchful of the overall pattern. If a gap between a man and woman isn’t an isolated instance, she says, there could be “inherent unconscious biases” at work.

The problem with unconscious bias is that it is often invisible to managers; they may rationalize inequities and fail to consider that their biases– unchallenged assumptions– may be influencing how they set employee pay. Unconscious bias is common in the legal field, Liebenberg says. In fact, female equity partners at law firms make 60 to 80 percent less than their male counterparts, an ABA study shows. The average gap is 68 percent, but the largest noted was 89 percent.

“If there’s a discrepancy between a woman and a man, it may be fine,” says Michele Mayes, general counsel at the New York Public Library and current chair of the ABA’s Commission on Women. “But there needs to be rigor around it. There needs to be an entire set of questions and checks to make sure it’s actually correct.” Too many employers, she says, quickly justify pay differences without fully investigating the situation or comparing the work of the two employees.

Hollywood gets particularly knocked for its problems, and indeed, there is only one female CEO of a Fortune 1000 entertainment company, Amy Miles of Regal. (See also: Women CEOs in the Fortune 1000, by the numbers.) But the gender pay gap is pervasive across industries, and all levels of organizations, says Anna Beninger, director of research at Catalyst, a nonprofit focused on issues facing female professionals.

In 2007, Catalyst began tracking 10,000 MBA grads from top business schools and found that women start out earning an average $4,600 less than men at their very first job. The gap keeps growing over time, and after only two to three years, Catalyst has found, it surpasses $40,000. “It’s a common myth that these gaps are only at senior levels, but in fact it begins on day one,” says Beninger. “Women don’t start out on equal footing.”

Mayes suggests that employers need to more closely scrutinize those pay gaps, and ask themselves key questions. How does a person’s higher salary fit in with the existing pay structure? Are two people performing the same work, but getting paid differently? (Beninger notes, “How [people] got to their role no longer matters. What matters is their current job.”)

And finally, if one person is being paid less than a colleague with a similar job, how would you explain that salary disparity if it is discovered? “You can’t just hope the person won’t find out,” Mayes says. “In the age of the Internet and social media, [uncovering that info] is child’s play. And you are begging for trouble.”

From her own experience in hiring lawyers, Mayes says she has had to walk away from candidates who sought higher pay than existing employees in similar positions. “I can’t give it to them and then look the other person [who makes less] in the eye the next day,” she says. “Because even if they don’t know, I do.”

At the very least, the leaked pay scales at Sony Pictures have helped shine a light on a problem that goes well beyond Hollywood. “I’m glad this got leaked,” says Shelly Ulaj, founder of the nonprofit Women Empowered, which connects women professionals in the California area. “There has been a lot of movement towards gender equality in pay, in titles, but ultimately, we as women are still way behind men.”