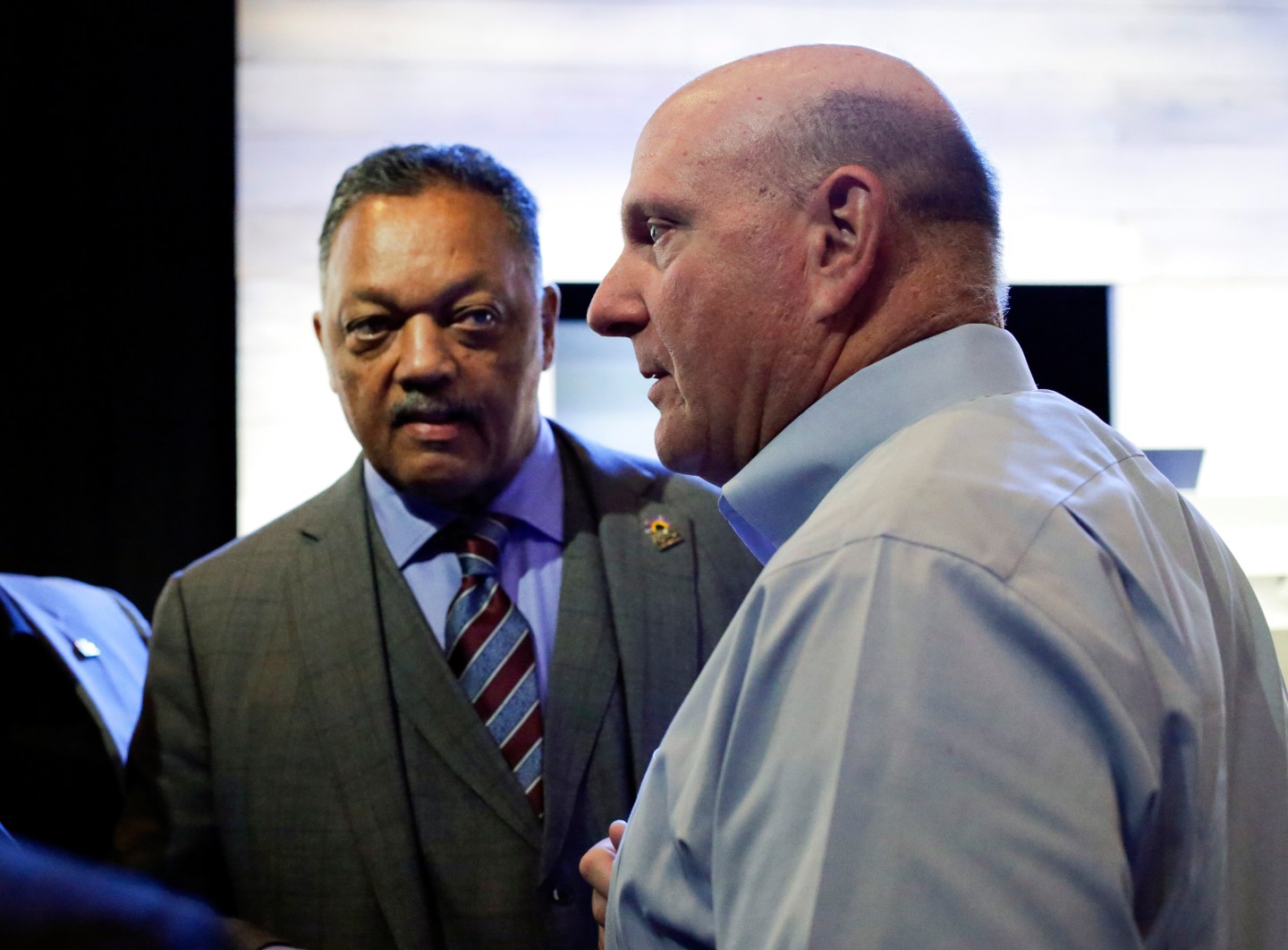 Civil rights leader Jesse Jackson, 73, has done everything from run for president to negotiating with Saddam Hussein for the release of American hostages. His latest challenge is tackling diversity at notoriously homogenous Silicon Valley companies. Earlier this year Jackson and his organization, Rainbow Push Coalition, pressured tech giants such as Google, Facebook, Twitter and eBay to publish reports detailing their employee demographics. The results were predictably dismal: Lots of white and Asian males, and relatively few women, blacks and Hispanics.

Jackson chatted with Fortune about his efforts.

What do you make of the state of diversity in Silicon Valley?

Boards don’t reflect the talent available. Employment numbers for people of color are very low, and investment in their startups isn’t that great. Even in non-tech jobs like law and marketing there isn’t much diversity at tech companies.

We found that when you leave out people of color you leave out a market that leads to growth. We have been challenging companies to give out their diversity data. We took our case to shareholder meetings. Intel was the first, then Google, then the others began to share the data. Everyone shares the same guilt, the same low numbers.

The government has equal opportunity standards. We need to make Silicon Valley accountable. There’s no job here that a woman or a person of color could not handle. It’s in the interests of the valley to expand.

Why the focus on Silicon Valley as opposed to a different sector?

It’s the heart of capital growth. In the South, when the walls came down – the country grew. The same applies to Silicon Valley. The one percent recycle wealth. It goes to the same people – the people they know. We challenge them to open up and include people of color. Creativity isn’t about locking people out. Whenever the ground is even and the rules are transparent there is opportunity. But the playing field isn’t even here.

What can companies do to increase diversity?

The most important thing is to want to create inclusion and diversity to invent new verticals and horizontals for employees to join. The lack of diversity isn’t because people don’t have the genetics, it’s because of old social patterns that don’t let new people in.

We need to get rid of H1B workers. There are Americans who can do that work, and H1B workers are cheaper and undercut wages. We need more computer science scholarships. When I was a kid, I remember being mortified by Sputnik, but in a few months everything was STEM [science, technology engineering and math]. You took STEM classes and you got a scholarship. We trained people, we gave them jobs, we became the best in the world.

We need to put pressure on the system to open up.

What isn’t helpful? Anything strike you as ineffective?

Sometimes it seems more like a lack of imagination than brainpower. Boards need to make a plan for getting more diversity. We need to not make assumptions about how qualified people are. Transparency is important.

Too many young blacks and browns who master the sciences can’t raise money at start-up incubators. They can’t get access to capital. Many good ideas are lost. Let’s not play the blame game; let’s just fix the problem. There was a time when we didn’t have black or Asian baseball players – they didn’t recruit them. To change that, we had to scout them, and create training camps. We have a better game of baseball because of that. We need to do the same with tech.

How long do you think it will take to see change?

There are people with their shovels ready who are ready to invest and reform. A lot has changed over the years. You can vote bilingually and look at our president. Once the system opens up, we’ll see more changes. The numbers have always been there. Sometimes people have tunnel vision so they can’t see the whole marketplace.

So far 25 companies including Google and eBay have released their diversity data. We need to lower barriers so we can use under-tapped talent and creativity.

(In an earlier version of this story, Jackson misspoke about the number of the companies that have released demographic information about their employees. The correct number is 25, not six. He also implied that Intel recently started publishing its workforce demographics. In fact, Intel has been doing so for a decade).