As ‘Serial’ ends, the future of podcasting brightens 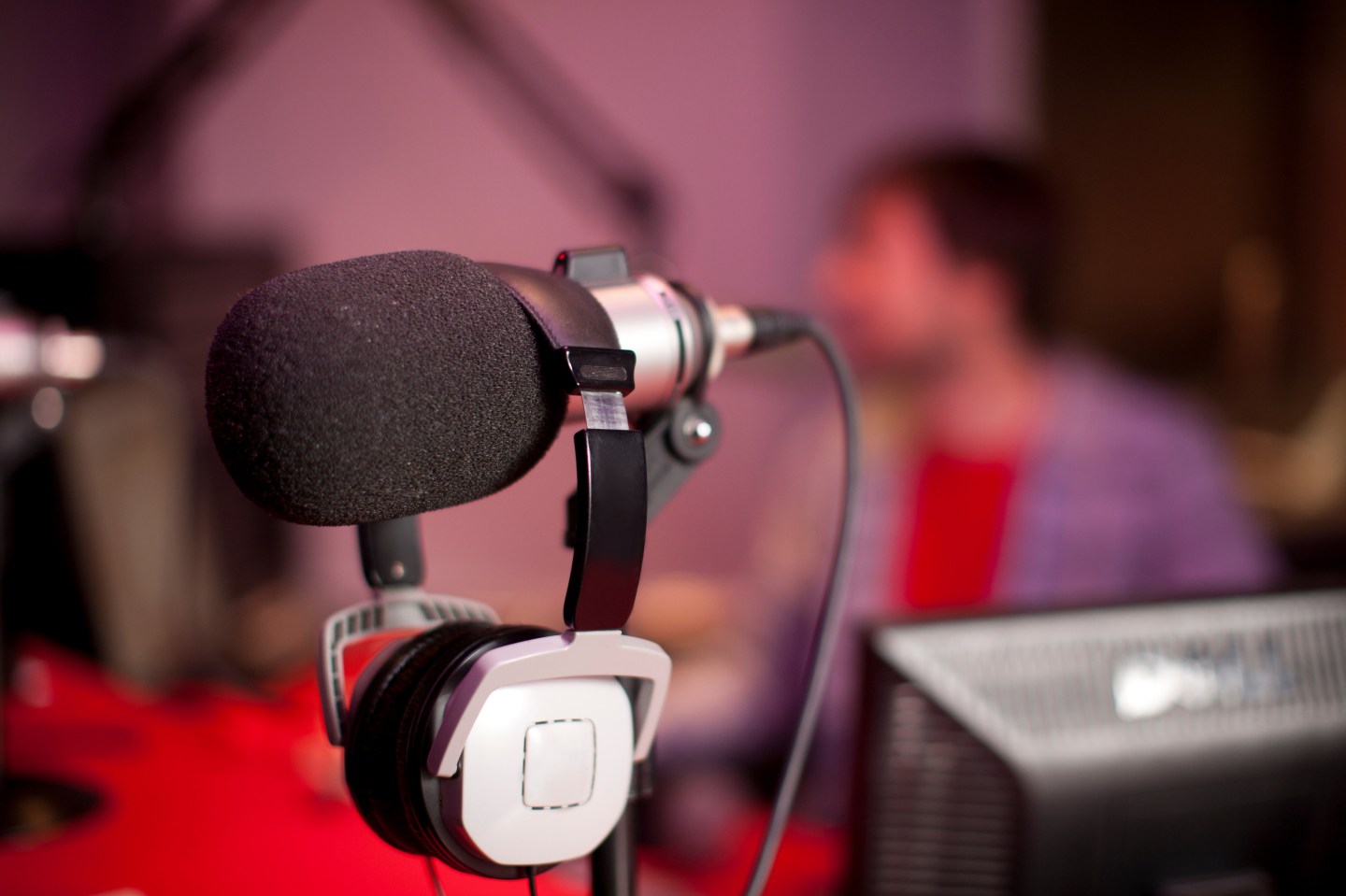 If you weren’t hooked already then you’ve no doubt heard about the podcast Serial, the spinoff of National Public Radio’s This American Life that examined the 1999 murder of a high school student and the possible wrongful conviction of her ex-boyfriend. Hosted by reporter Sarah Koenig, the weekly show became the most successful podcast in history, reaching an average of 2.2 million listeners per episode, according to CNN, with thousands of fans sharing their own theories in person, on social media, and on websites such as Reddit. Weeks before the final installment, Serial‘s producers announced it would be back for another season, though they’re unsure if they’ll investigate another crime or find something entirely different to explore.

While Serial is far and away the biggest podcast, it’s just the latest and greatest example of a format that has shown steady growth over the years. When it started about 10 years ago, podcasting—as in radio-style broadcasts for your iPod—meant downloading audio files and syncing them to your device. Today, the ubiquity of the Internet-connected smartphone allows you to get a new episode in a few seconds. According to an Edison Research study from January-February 2014—well before Serial began—39 million Americans had listened to a podcast in the last month, and 21% of them had listened to six or more in the last week. Thirty-four percent of podcast users listened on a smartphone or tablet in 2013, compared to 51% in 2014, a number that is expected to grow in the coming years. And the shows themselves? They offer the instant gratification of a Netflix series without the need to be tethered to a screen. Whether during a commute to work, a workout at the gym, or idle time on the weekend, there aren’t many settings where a listener can’t enjoy an episode or two. Even those who haven’t yet subjected themselves to the suspense of Serial can indulge in a binge-listening session now that the first season has ended.

Streaming services such as Spotify, Pandora, and Deezer are supposedly making stronger bids for podcast listeners. But it is actually the car that offers the most potential for growth for the format. GSMA, a mobile device industry group, estimated in a February 2013 report that 50 percent of all cars sold in 2015 will be Internet-connected. By 2025, they all will. With that ease of access, drivers everywhere can turn forget terrestrial radio and instantly hear the latest episodes of Serial, the comedy genius of WTF With Marc Maron, Bill Simmons’ The B.S. Report, and, yes, even Naturally Nicole, hosted by Snooki from MTV’s Jersey Shore.

The money for podcasting also seems to be rolling in. According to a November report in the Wall Street Journal, the ads from MailChimp that Koenig reads at the beginning of every Serial episode run the e-mail marketing company somewhere in the range of $25 to $40 per CPM, the ad industry term for cost per thousand impressions. YouTube’s average is $17; network TV is somewhere between $5 and $20. Midroll, a podcast ad company, found that 63% of people bought something a podcast host had peddled on air, according to a Fast Company report from September.

With that financial and creative potential in mind, there have been a number of new podcast-focused media companies launching. One of the most interesting is Gimlet Media, which was co-founded by This American Life and Planet Money reporter and producer Alex Blumberg. To give people a sort of meta experience about this business venture, he and partner Matt Lieber are documenting the process with their own podcast, StartUp. And as Fortune reported yesterday, PodcastOne appears to have the provenance and funding to make a big splash in the burgeoning market.

Many established digital publishers adopted and dropped podcasting years ago after finding a lack of advertiser support. It’s a safe bet that the rise of the medium will lead publishers and editors to revisit it. (Slate, for instance, has 19 podcasts with plans for three more, and saw more than 3 million downloads per month as of June.) And let’s not forget the amateur who may be searching for a new creative outlet or career opportunity. Sure, they might not have the financial backing to spend a year investigating a murder or the industry clout to book celebrity guests—but a good idea, a few microphones, a computer, and some audio editing software is all they need to make the next blockbuster show.

Correction, January 6, 2014: An earlier version of this article substantially understated the number of podcast downloads Slate saw in June.