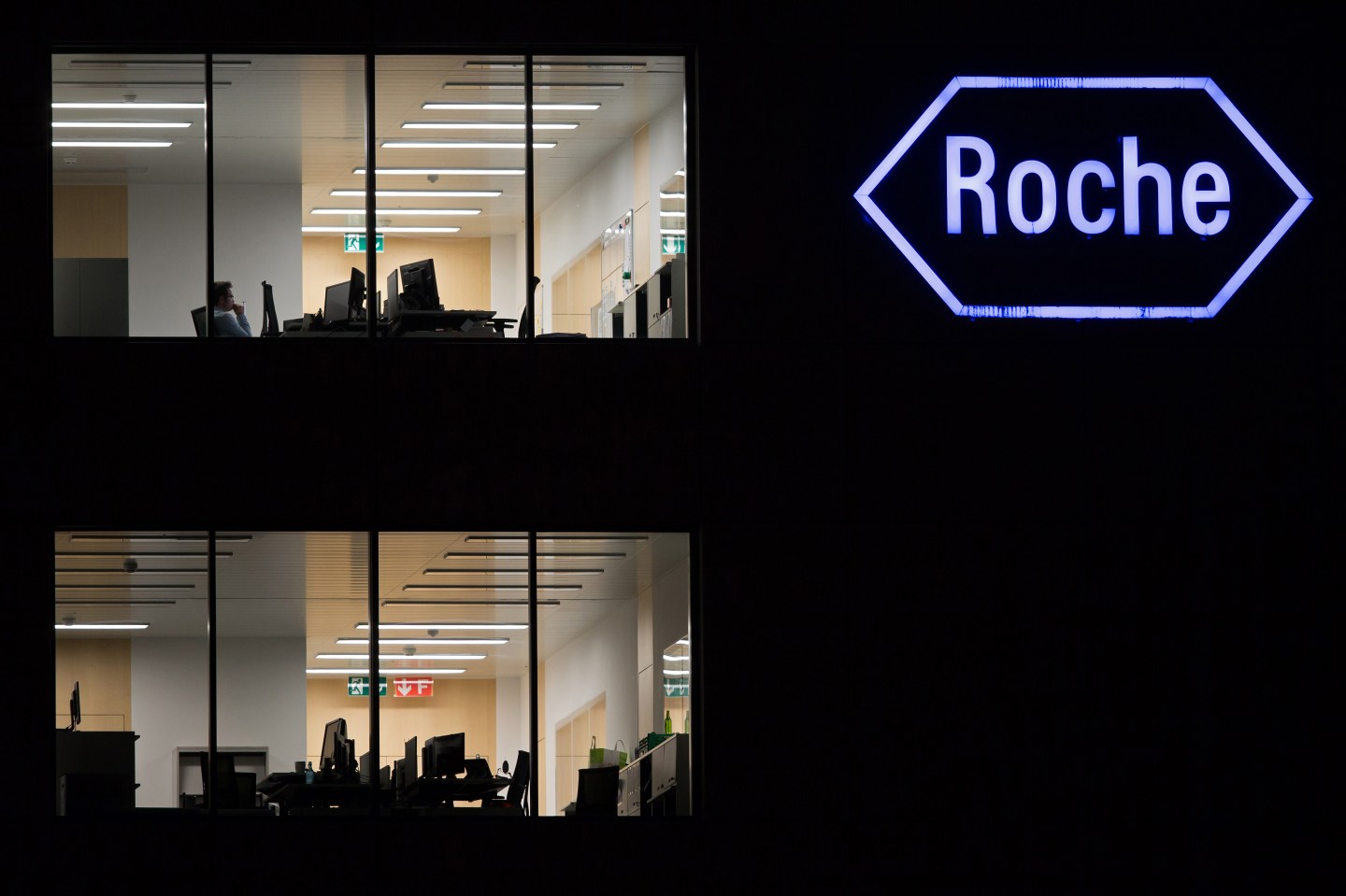 A Roche logo sits on a sign outside illuminated office windows at Roche Holdings AG's plant in Rotkreuz, Switzerland, on Tuesday, Aug. 26, 2014. Roche, the world's largest maker of cancer drugs, is strengthening its portfolio of medicines for respiratory ailments with an agreement to buy InterMune Inc. for $8.3 billion in cash. Photographer: Philipp Schmidli/Bloomberg via Getty Images
Photograph by Philipp Schmidli — Bloomberg via Getty Images

Roche AG (RHHTF) said Friday it would discontinue a late-stage study of an experimental Alzheimer’s drug after it failed to prove effective, underlining the difficulty of treating the memory-robbing disease.

The Swiss drugmaker also said a breast cancer trial had failed to demonstrate the benefit of adding its new drug Kadcyla to treatment programmes.

Although both projects were relatively risky, the news is a double blow for Roche, which in recent years has boasted one of the most productive research pipelines in the industry. Shares in Roche fell more than 5% in early trading.

The setback for Alzheimer’s drug is particularly disappointing, since there had been hopes that giving it in the Phase III study to patients with so-called prodromal disease, or pre-dementia, would produce a better outcome.

Many scientists believe the best hope for treating Alzheimer’s lies in giving drugs at this earlier stage, before patients’ brains are wrecked by the condition.

Alzheimer’s, the most common form of dementia, already afflicts 44 million people worldwide and this figure is set to triple by 2050, according to campaign group Alzheimer’s Disease International.

Unlike heart disease and cancer, which have seen major strides in drug development, no new therapies have been approved to treat Alzheimer’s in a decade.

Roche suffered a setback with another experimental Alzheimer’s drug earlier this year, but the company insisted it was not giving up.

“This is the first Phase III trial to evaluate a potential disease-modifying medicine in this early prodromal stage of Alzheimer’s disease. We remain committed to investigating new medicines for this devastating illness,” said Roche Chief Medical Officer Sandra Horning.

Gantenerumab continues to be studied in another Phase III trial involving patients with later stage disease and Roche has two other experimental Alzheimer’s drugs in Phase II tests, crenezumab and RG1577.

However, the two treatment arms containing Kadcyla did not prove superior to other approaches in terms of improving the time patients lived without their disease progressing.