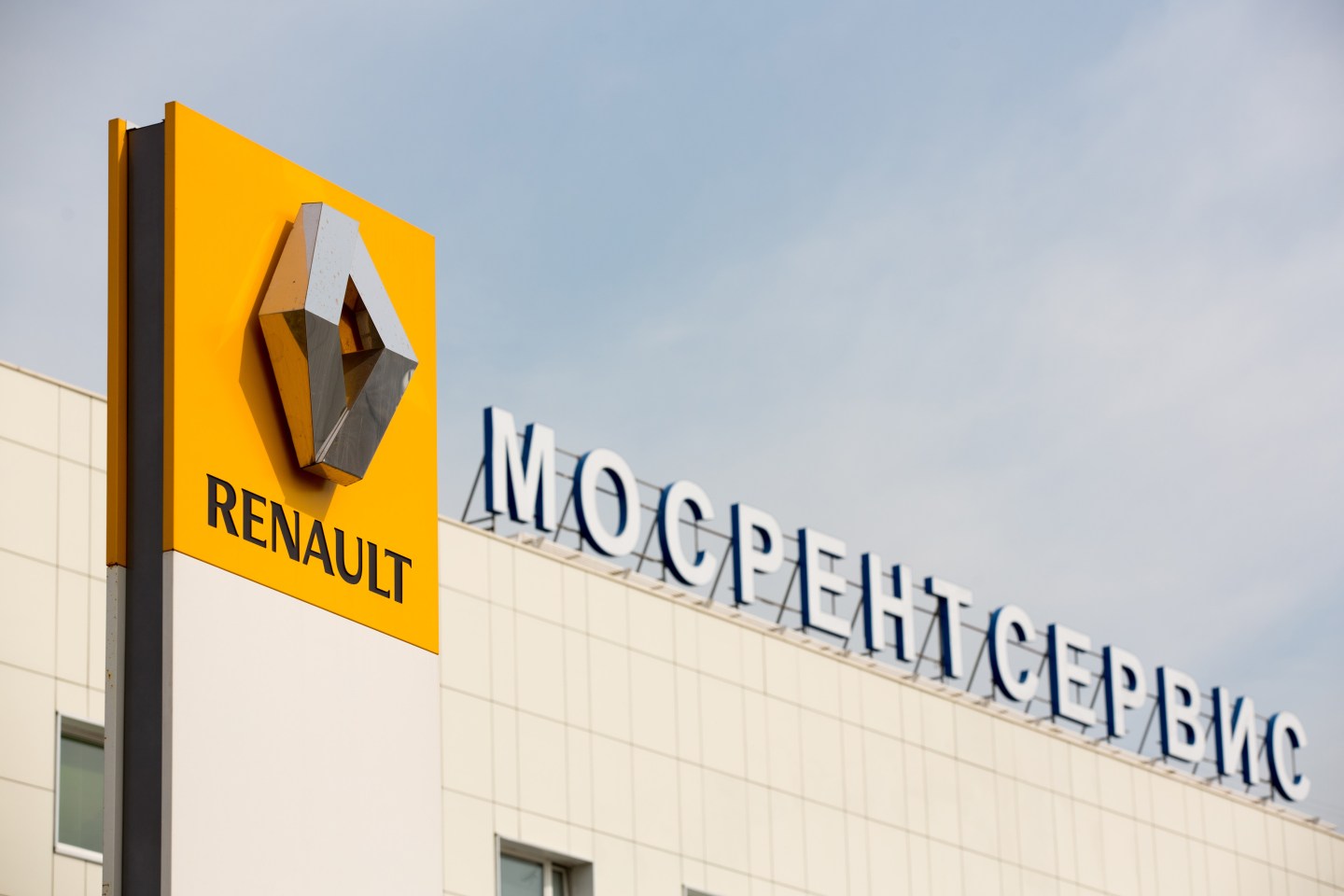 A Renault logo sits on display outside the Mosrentservis auto dealership for Renault SA in Moscow, Russia, on Friday, Aug. 1, 2014. Renault SA, part of the biggest automaking group in Russia, forecast car sales in the country to drop further amid turmoil stemming from the Ukraine crisis. Photographer: Andrey Rudakov/Bloomberg via Getty Images
Photograph by Andrey Rudakov — Bloomberg via Getty Images

“We have suspended taking orders,” Ghosn told reporters at Nissan’s headquarters in Yokohama, saying the freeze is limited to specific models while orders already placed are being honored. “We didn’t do it (suspend orders) overall, just on some models we said, ‘Sorry, until we see where this situation is going we don’t take orders.”

The Russian currency has tumbled about 50% against the dollar so far this year, putting pressure on automakers who have had to raise prices and contend with falling demand. It has stabilized in the last couple of days after a suite of measures announced by the central bank to support the banking system, but that hasn’t stopped the population from panic-buying imported goods before retailers ratchet up their prices.

Nissan has already increased prices on half of models sold in Russia by 5%-8%. Ghosn said Nissan had hiked prices on models that use higher levels of imported parts.

Russia is Nissan’s fifth-largest market and the Japanese firm’s alliance with Renault SA, of which Ghosn is chairman and CEO, gives it a majority stake in OAO Avtovaz, Russia’s largest automaker.

Ghosn, who said Nissan and Renault were gaining market share in Russia, wants to grow their combined market share there to 40% from about 35% now.

The executive said he remained confident that the Russian market would “stabilise”. Nissan this month announced plans to double production capacity at its St. Petersburg plant to 100,000 vehicles.

“The bad news is that the market is shrinking. This is bad news for everyone,” Ghosn said. “When the ruble sinks it’s a bloodbath for everybody. It’s red ink, people are losing money, all car manufacturers are losing money.”

The automaker aims to raise production in Russia to 90% of Nissan cars sold in the country by 2016, up from the current 70%.

Ghosn also praised Japanese Prime Minister Shinzo Abe’s mix of economic and fiscal policies at the briefing. He said the now much weaker yen was no longer a “handicap”, and the company planned to take advantage of the currency’s drop and expand domestic production for exports.