DuPont CEO on what’s driving the company into the future 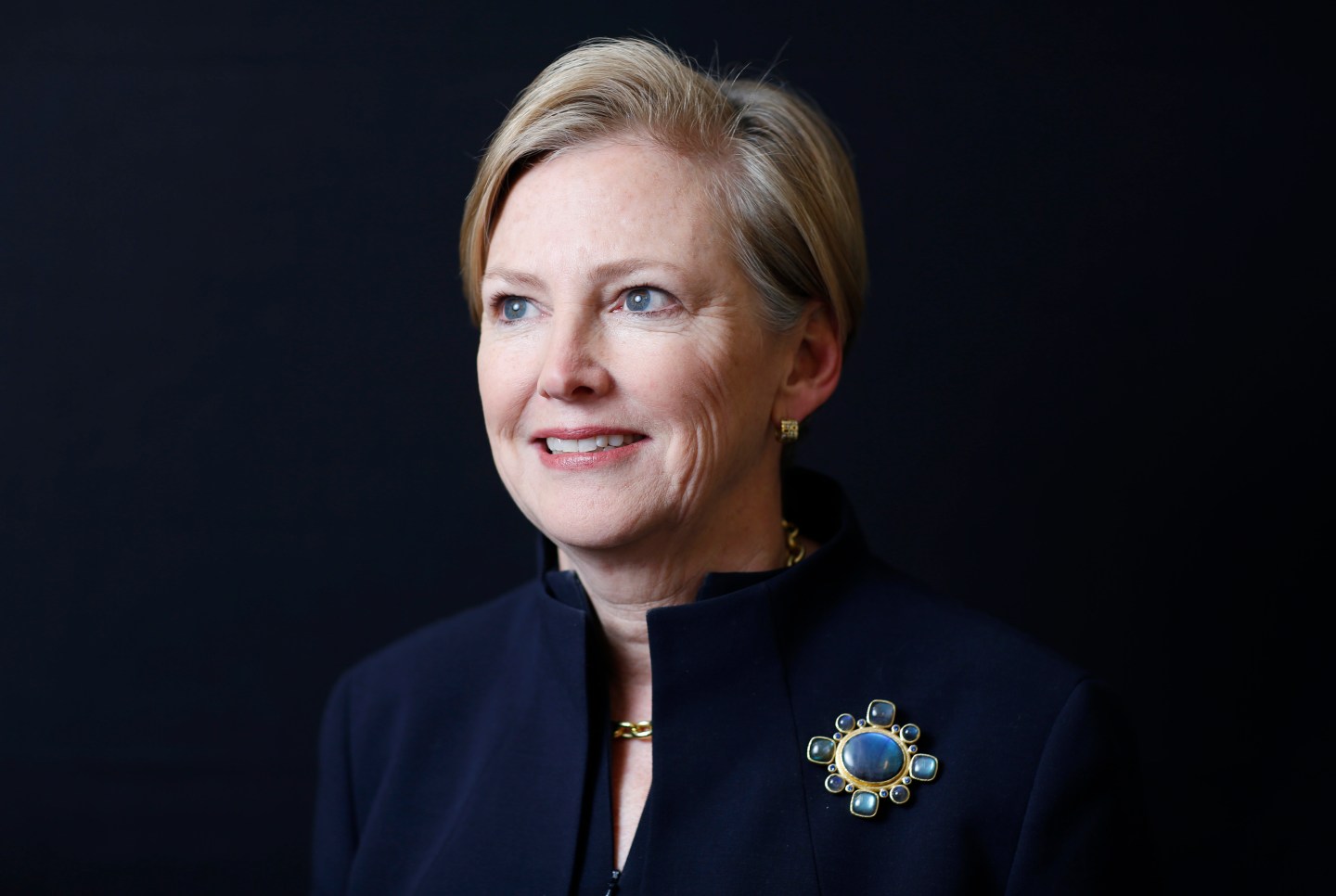 DuPont was founded 212 years ago as a chemical company. But in her five years as CEO and chairman, Ellen Kullman has remade the $36 billion-in-revenue operation into an organization that capitalizes on the intersection of different kinds of science.

“We are very proud of our chemical heritage, but we’re moving forward because of where the most exciting innovation is occurring today,” Kullman said in an interview with Fortune editor Alan Murray at the Council on Foreign Relations’ Manhattan headquarters on Thursday morning.

She said DuPont (DD) spends about $2.2 billion in research and development every year, with 10% of it going toward long-term research. That kind of investment has meant that $10 billion of DuPont’s $36 billion in revenue comes from products that didn’t exist five years ago. Kullman’s working to up that figure over the next few years.

“In our world, price goes down, not up, without innovation,” she explained. “Lots of competitors are out there looking to knock it off.”

DuPont breaks innovation into three buckets: small, medium-sized, and new large product categories. She pointed to incremental developments as key, such as the next application of Kevlar (an extremely strong fiber often found in bulletproof vests) or Surlyn (a protective covering) in Nike (NKE) golf balls.

But the developments that really move the needle are new product categories, such as Rynaxypyr, an insecticide that paralyzes bugs and has low toxicity. She said that it’s reached about a billion in revenue in five years, but it took 15 years to get it to where it is today due to the regulatory environment and required testing. She also pointed to big advancements in the applications of biotech in agriculture, such as drought-resistant corn plants.

Kullman said that these kind of developments, including genetically modified organisms (GMOs), are needed if we’re going to feed our growing world population. While many consumers have a negative reaction to GMOs, she said that they’ve been studied thoroughly and have no known health effects.

“I was told by a member of Congress that we just had a branding problem—just don’t call it GMOs and it would be okay,” she said. “But I think part of the issue is we need to better educate the population in a very transparent, scientifically based framework.”

Kullman also touched on activist investor Nelson Peltz, who has been pushing DuPont to split its agricultural business off from the rest of the company. “We are very active with our investors,” she said. “We talk to them, we work with them, we understand their point of view.”

She noted that the company she entered some 25 years ago looks very different today, thanks to an executive team that has actively managed the company’s portfolio of businesses. In the last year, DuPont has shed product lines (like glass laminating solutions) that Kullman described as having “peaked out on where innovation and science could drive growth.”

Kullman started her current job in the beginning of 2009, as the U.S. economy suffered a major downturn. The timing helped give her clarity on what the company should look like, she said. “We saw very clearly how each product line reacted to a difficult economic situation,” she said. The company narrowed in on agriculture and nutrition, advanced material, and industrial biosciences. That thinking in part drove her multi-billion-dollar acquisition of Danish food ingredient producer Danisco in 2011. “That’s ours to prove,” Kullman said of the company’s narrowed focus, “but we have actively managed the portfolio. We see connectedness and growth capability of what is there now.”

Much of the work Kullman is doing today is setting DuPont up for its future. “Our company is greatly enabled by decisions that were made 10, 20 years ago by our predecessors,” whether opening up China or investment in certain research areas, she said. “Because of those decision, not all perfect by any stretch of imagination, we have a hand and set of opportunities that are ours to play out.”