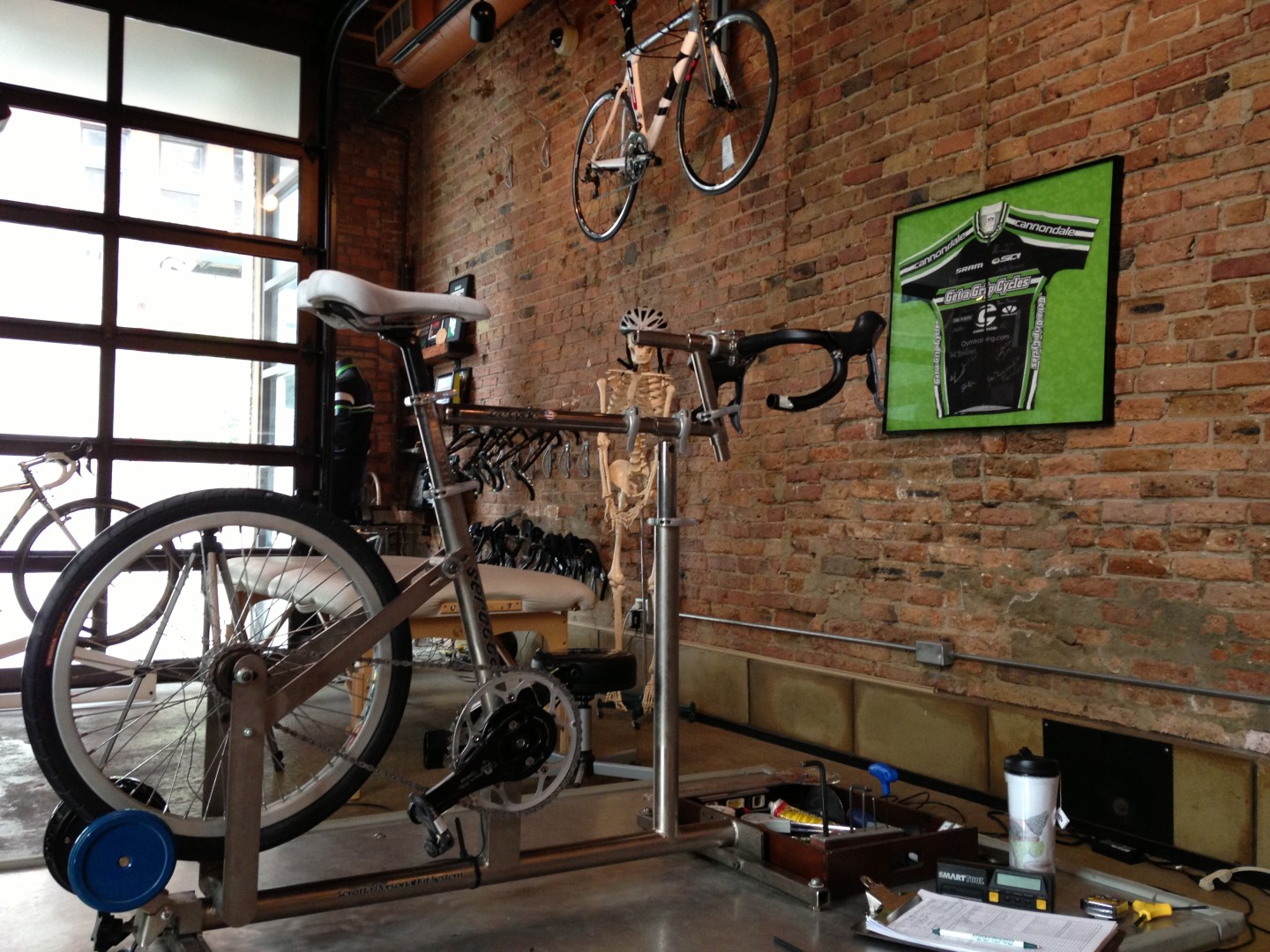 Michael Abene may not strike most people as a typical hardcore bicyclist who tools around in a nearly $21,000 road bike. He’s 50 years old, 5’9”, weighs 210 pounds and a union carpenter who helps set up trade shows around the country.

“To me, [riding this bike] is like driving a Ferrari,” says Abene, who owns several Colnago models from Milan, Italy. The brand specializes in high-end, custom-measured bikes. “I’ll never own a Ferrari, but I can have a handmade Italian bicycle.”

Abene admits cycling is both a passion and obsession and that’s putting it mildly. His inventory, anywhere between seven to 10 bikes at any given time, includes different road bikes, cyclo-cross bikes, mountain bikes and bikes for track racing.

He rides throughout the year, even in brutal Chicago winters, for sport and as a way to commute to and from work. For Abene, cycling isn’t just a pastime. It’s a lifestyle and one in which he’s willing to spend serious cash to enjoy.

“There is a perception in America that bicycles are toys,” says Adam Kaplan, head cycling analyst for Get A Grip Cycles, a boutique bicycle retail shop in Chicago. “But they’re not. They’re high-end precision tools for sport, transportation and recreation and if they’re not set up properly, they’re dangerous.”

Get a Grip specializes in outfitting clients with high-end bikes, and Kaplan takes every opportunity to remind people that to get the very best performance out of a bicycle, a proper fitting is necessary, regardless if the bike costs $2,000 or $20,000.

Starting prices for a good road bike may start around $900 but those aren’t what you’ll find on the floor at Get A Grip, says Kaplan. The most expensive bike in the shop right now happens to be his, which is around $16,000.

Bikes in the five-figure range are all custom-built although bigger box companies like Trek, Cannondale and Specialized are nipping at the heels of that price point as they begin to add more expensive components to their off-the-floor options, according to Kaplan.

Clients aren’t drawn to boutique bike shops like Get A Grip because of their inventory since they don’t keep hundreds of bikes in stock. Instead, Kaplan says they’re attracted to their experiential model and attention to detail.

Its clients run the gamut, although Get a Grip is popular with triathletes who are very interested in their performance, as well as enthusiasts who are looking for something unique.

“The enthusiasts might be interested in on our Seven bicycles or Parlee which are typically made one at a time per client spec,” adds Kaplan. “They don’t exist until the bicycle is ordered and that appeals to them.

“Exclusivity, marginal gains, ride quality, customization and aesthetics, [a customized bike] checks all of the boxes,” he says. “These bikes are typically made to the client. It’s a cliché, but it’s like a tailored suit or garment. Not only can we nail the fit and function, but we can discuss how the bike is going to feel, do they want a combination of performance and comfort? These manufacturers will literally pick and choose every tube that will go into that frame to match their client’s expectations and how that bike rides.”

Kaplan’s clients come from as near to Chicago as Columbus, Ohio, to as far away as Brazil, Mexico and Japan. His client from Columbus flew in, underwent a cycling analysis for 2-3 hours, they worked together to customize his $12,000 bike and then he drove back to Chicago to pick it up after it was built.

The shop’s proximity to O’Hare International Airport makes it a popular destination among people coming to Chicago for business or to compete in triathlons or marathons. They’ll stop by, get a cycling analysis and then have their bike shipped back to their country. The practice is becoming more common that Kaplan plans to introduce a more formal program called Fit ‘n Fly come March where they can help clients coordinate their trip to Chicago to include a cycling analysis and bike purchase.

“A bicycle is a very liberating thing,” says Kaplan. “You can ride it as hard and as fast as you wish. Once you’ve made the investment in the equipment, you just get out on the road. All you need is the weather and make the time to do it. There aren’t any lift tickets, green fees, none of that stuff.”

Abene says that cycling has become the new golf, and Kaplan agrees. “A lot of guys are doing business on weekend and group rides,” he says. “These guys are competitive in business and very motivated and cycling is right up that wheelhouse.”