Taking the sting out of criticism at work 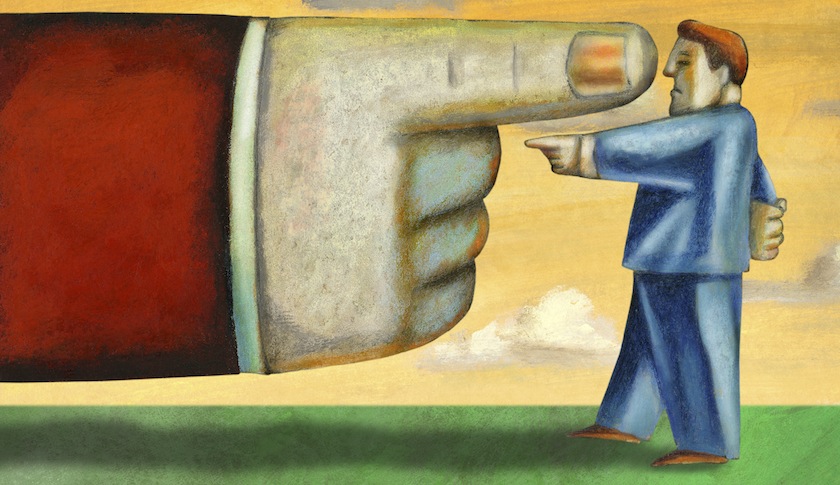 Dear Annie: I just came from my third year-end performance evaluation with this company, where I’m in my first “real job” since college. And once again, just like in the past two years, I’m appalled at the way I reacted. I know you’re not supposed to take criticism personally or get defensive, but somehow, when my boss starts telling me about areas I could develop or improve, my emotions take over and I sort of panic.

This year was the worst so far, even though the evaluation was about 85% positive. My boss brought up one thing he thinks I could get better at, and I started defending myself before he even finished talking. Can you suggest any ways to stop letting criticism upset me so much? Last year I spent the holidays stewing over this, and I don’t want to do that again. — Too Thin-Skinned

Dear T.T.S.: Believe me, you’re far from the only one who’s ever left a performance appraisal with a bad case of what the French call l’esprit de l’escalier — that is, thinking of what you should have said (or not said) when it’s obviously too late.

If you really want another chance to let your boss finish what he meant to say, and to respond in a different way this time, why not ask for a do-over?

“You could even explain at the outset that, this time, you intend to listen and not speak,” notes Deb Bright, head of executive coaching firm Bright Enterprises, which counts Disney, GE, Morgan Stanley, and Marriott among its clients. Bright also wrote a book, The Truth Doesn’t Have to Hurt: How to Use Criticism to Strengthen Relationships, Improve Performance, and Promote Change, based on a seven-year study of how people respond to feedback, especially when they’re under stress. Asking for another meeting, she says, “would show him that you want to be receptive to what he wants to tell you.”

That’s important because, in Bright’s view, the first job of anyone on the receiving end of an evaluation is to make the person who is giving it feel comfortable. Surprised? “Think about it,” says Bright. “Most managers hate giving performance appraisals, because they dread how someone is going to react to anything negative. So they tend to rush through the discussion just to get it over with.”

The trouble, of course, is that the boss may be in such a hurry that he or she skips over information that could make or break your career. “What you can learn in a performance appraisal are things you may need, not just right now, but later on,” notes Bright. In her consulting work, she has often been called in to counsel talented managers whose careers had hit a brick wall because of shortcomings and bad habits that a string of bosses had tried to warn them about for years.

So how do you get a grip on your emotions while you’re listening? Focusing on making your boss feel at ease is a good start, since it automatically shifts your attention away from your emotions. Then, says Bright, “Remind yourself that you are the one in control here. How you respond will determine how the discussion goes, and how much or little you get out of it.” The sense of panic you mention could be diminished, or dispelled, if you recognize that even if you’re not saying a word, your role here isn’t a passive one.

Next, concentrate on finding out what specific actions you need to take (or stop taking). “Make sure you know the difference between a fact and an opinion,” Bright suggests. “’You were $30,000 over budget on the XYZ project’ is a fact. ‘You don’t communicate well enough with your peers’ is an opinion.” Since most bosses have had little, if any, training in giving effective feedback, the two types of feedback may very well be tangled up together, but you can usually tell an opinion by how vague it is.

“Trying to guess what your boss wants won’t work,” says Bright. “People end up guessing wrong, and then they get another vague, critical opinion in their next review, and conclude that they can never please this boss.”

Instead, ask for particular steps that would solve the perceived problem. “For example, you might suggest starting to ‘communicate better with your peers’ by updating them in person every week instead of through an occasional email,” says Bright. Approaching this like any other task you do at work, by coming up with a practical fix or two, should help take most of the emotion out of it.

Since you mention that this is your first “real job” after college, you probably have four or five decades of work ahead of you. So it might help to keep a sense of perspective. “People often get upset about a so-so performance review because they think it will damage their whole career,” says Bright. “But it’s just one review, in one year, and companies’ goals and strategies change from one year to the next anyway. I’ve never seen a situation where one or two ‘meets expectations’ evaluations — out of, say, 10 or 20 ‘exceeds expectations’ — made any real difference in the long run.”

Moreover, even presidents, popes, and CEOs get harpooned, sometimes on a daily basis. “No one goes through a whole career hearing only great feedback,” Bright observes. “In fact, if you haven’t heard any constructive criticism lately, it means you probably aren’t learning anything.”