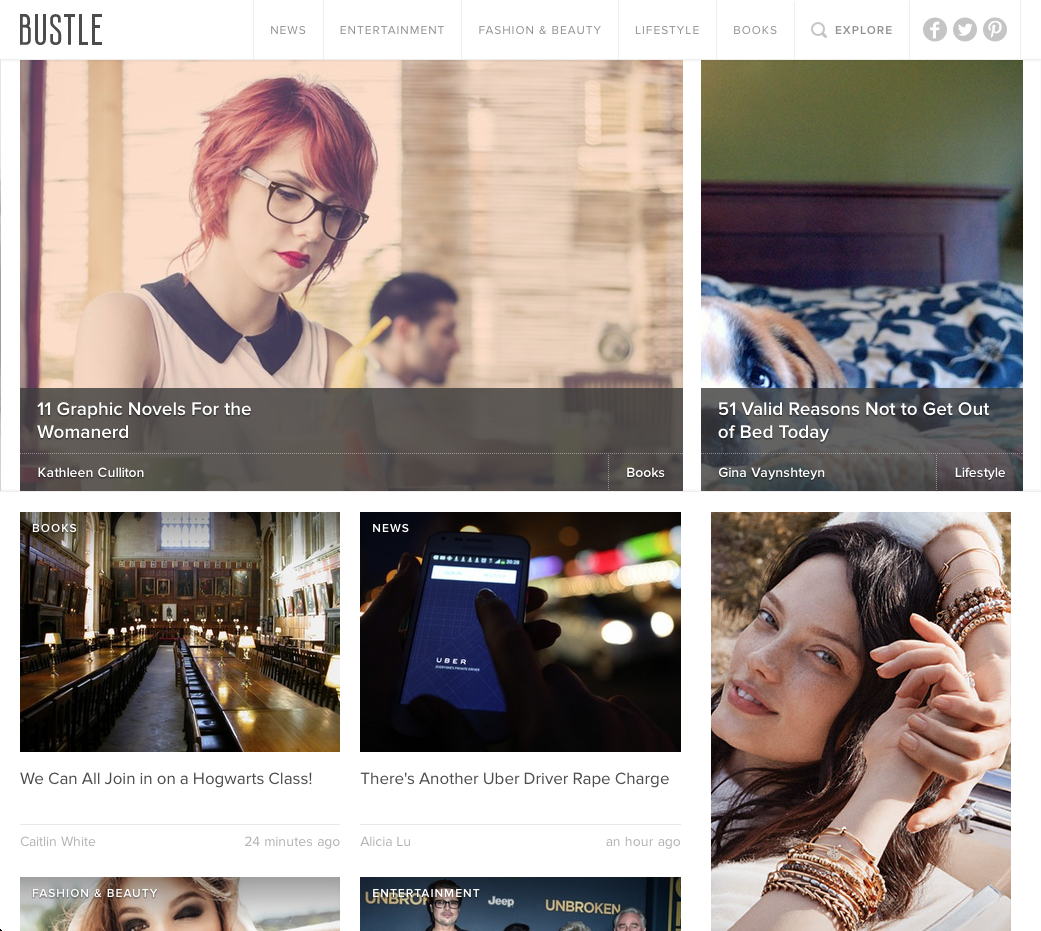 It’s the latest in a line of high-profile venture capital investments in digital media companies: In November, the digital media company Vox Media raised $46.5 million in funding that valued it at $380 million. BuzzFeed raised $50 million from Andreessen Horowitz in August, valuing it at $850 million. NowThisNews raised $6 million last month. Even amid implosions at media ventures funded by Silicon Valley billionaires, such as The New Republic (owned by Chris Hughes of Facebook fame) and First Look Media (owned by Pierre Omidyar of eBay fame), venture capital’s recent fascination with the publishing business shows no sign of slowing.

Neil Sequeira, a partner at General Catalyst, will join Bustle’s board. He was attracted to the company’s impressive growth—Bustle now claims an audience of 20 million monthly unique visitors, which Fortune confirmed in a report from comScore. “It has been startling to watch the growth of Bustle to 20 million uniques in November from a standing start of zero 1.5 years ago,” he says.

Unlike many up-and-coming digital media properties, Bustle does not boast a massive social media presence. But Sequeira says the company’s traffic comes from an even mix of traffic from search engines, social media sites, and readers directly visiting the site. “A lot of these fast-moving properties have focused on, ‘How do I leverage social feeds to get a lot of uniques that bounce in bounce out?’” he says. “That’s not what you want. You want them to go out of their way to think about that brand, where they type the URL into their browser, and they know they’re going to get a something good. That’s what Bustle is trying to do.”

At General Catalyst, Sequeira has invested in several startups that serve women, serving on the boards of StyleSaint, a fashion site for women, Plum District, an e-commerce site for moms, and Jessica Alba’s e-commerce startup, Honest Company, which was recently valued at nearly $1 billion. He also knew Bryan Goldberg, Bustle’s founder and chief executive, from working at Time Warner [fortune=stock symbol=”TWX”] when it acquired Goldberg’s previous company, Bleacher Report, for less than $200 million in 2012.

Bustle will use the capital to continue building out its sales operations. The company began monetizing with ads this year.