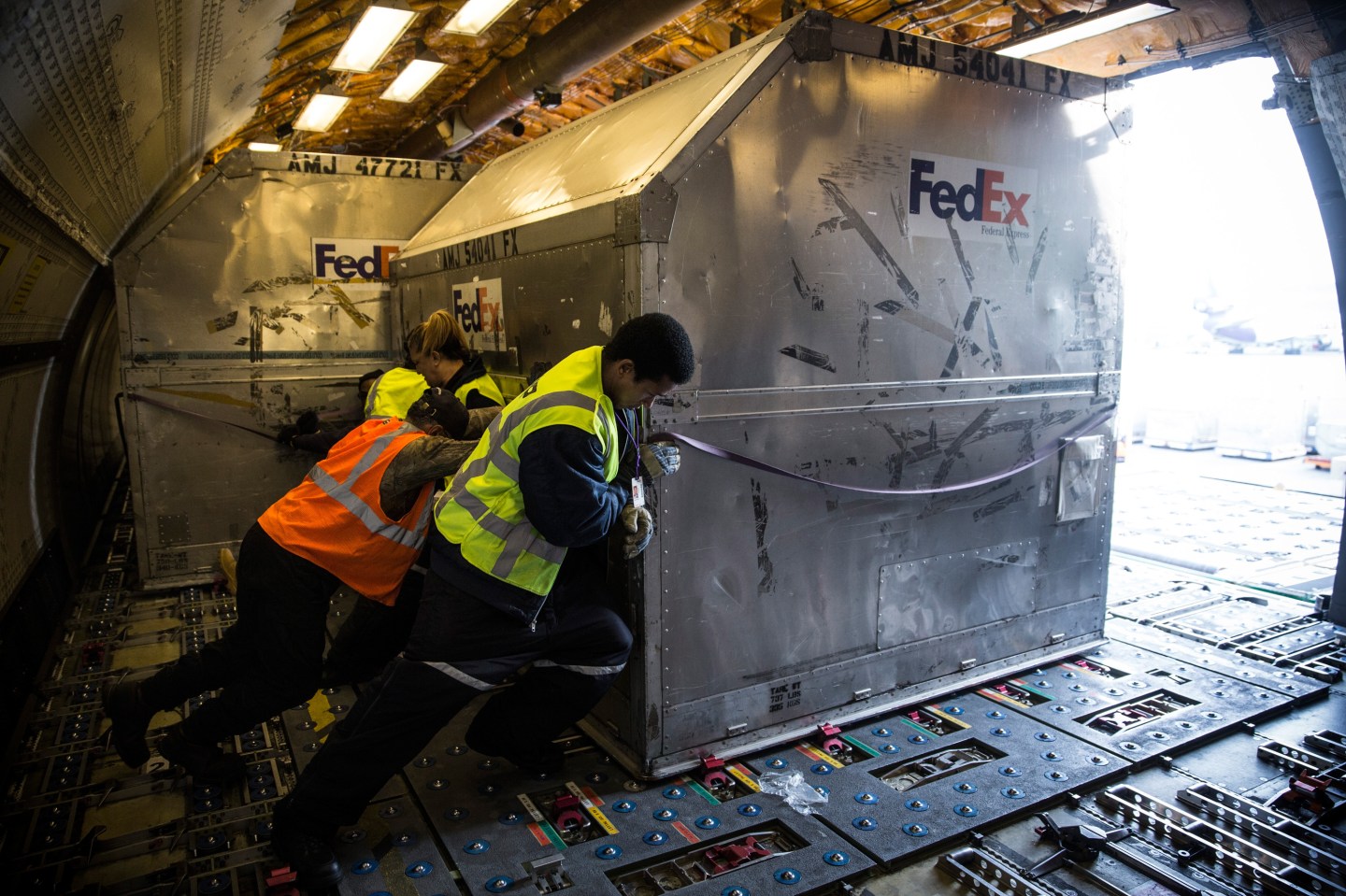 FedEx reported earnings today, and the shipping company saw increased earnings, though it fell below what analysts expected the company to report, with fully diluted earnings per share coming in at $2.14. Wall Street had expected $2.22.

Volume of packages were up both in the United States and worldwide, but revenue per package was down due to decreased volume and reduced fuel surcharges. Here are a few things to consider from today’s report:

What you need to know: Overall revenue for the three months ending Nov. 30 was up 5% from the same quarter of 2013 at $11.9 billion, despite the fall in revenue per package. Most of the improvement came through the FedEx Express segment, which grew 3%. FedEx Ground, which includes the e-commerce-driven Home Delivery operations, gained 8% despite the loss of a major customer for its SmartPost business. FedEx Freight grew 11%.

The big number: Net income jumped 23% year-on-year to $616 million from $500 million. It was largely due to higher volumes, and helped by lower fuel costs and lower pension obligations.

What you may have missed: Fuel surcharges are the bane of the existence of anyone who regularly ships packages. Next week, FedEx (FDX) will announce changes to its fuel surcharge structure for next year, according to the earnings release. The new tables will be announced on Dec. 23 and take effect in February of next year. That will reveal how much of the drop in oil prices FedEx will actually be passing on to customers, and how much it will keep to bolster profit margins.