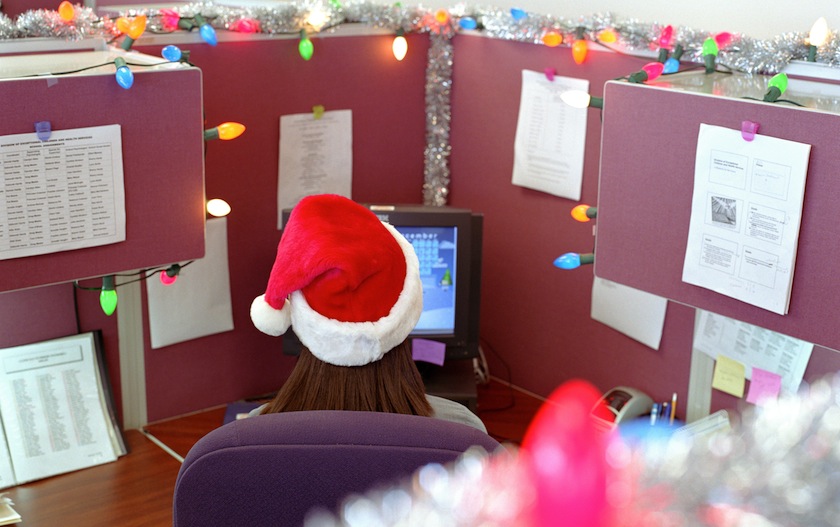 With all the shopping, wrapping, and extra errands cluttering your calendar right now, looking for a new job has probably dropped to the bottom of your to-do list, at least until January.

“Most job seekers hit the pause button during the holidays,” notes Tony Beshara, president of Dallas headhunting firm Babich & Associates, who has been an executive recruiter for 41 years. “But this can be a great time to find a new job.”

For one thing, since fewer people are actively looking, you have less competition. Sometimes you can wow a prospective employer just by showing up. “I had one job candidate who dropped everything on Christmas Eve and drove to the Dallas-Fort Worth airport to meet with a hiring manager who happened to be passing through and had a two-hour layover,” says Beshara. “The interviewer was so impressed by the candidate’s willingness to sacrifice his time on the night before Christmas, he hired the guy on the spot.”

Even diehard road warriors would rather not risk getting snowed in, or otherwise stuck, at an airport far from home for the holidays. So, during the last two weeks of the year, most people in a position to hire you are sitting at their desks, Beshara says, “and they have lots of time to conduct interviews.”

Not only that, he adds, but “people are in a better mood at this time of year, especially if they’re happy with their annual bonus.” At the moment, that seems more likely than not. A survey from Korn/Ferry found that 36% of companies are planning to give higher bonuses to their executives than last year, more than twice the 15% that say bonuses will shrink.

If you’ve tried and failed to get an interview with a company where you’d like to work, try again. Plenty of employers who have been unusually slow to bring new people on board in the first three quarters of 2014 may now be up against a deadline. “Some companies know they need to hire for the first of the year, and hiring managers have been putting it off for months,” Beshara observes. “So they’re motivated to get the process rolling.”

We’ve all heard that office parties and other holiday festivities can be a great chance to chat with people who might know of job openings, but now and then these get-togethers go way beyond networking. Beshara had one employer as a client who invited a job seeker to the company’s afternoon Christmas bash, even though the candidate had not yet been hired. The manager then tipped quite a few glasses of holiday cheer and offered the candidate the job.

“Unfortunately, he didn’t remember this the next day,” Beshara says. “Luckily, in his inebriated state, he had walked the candidate to the HR office and told them to put the offer in writing.” Ho, ho, ho.