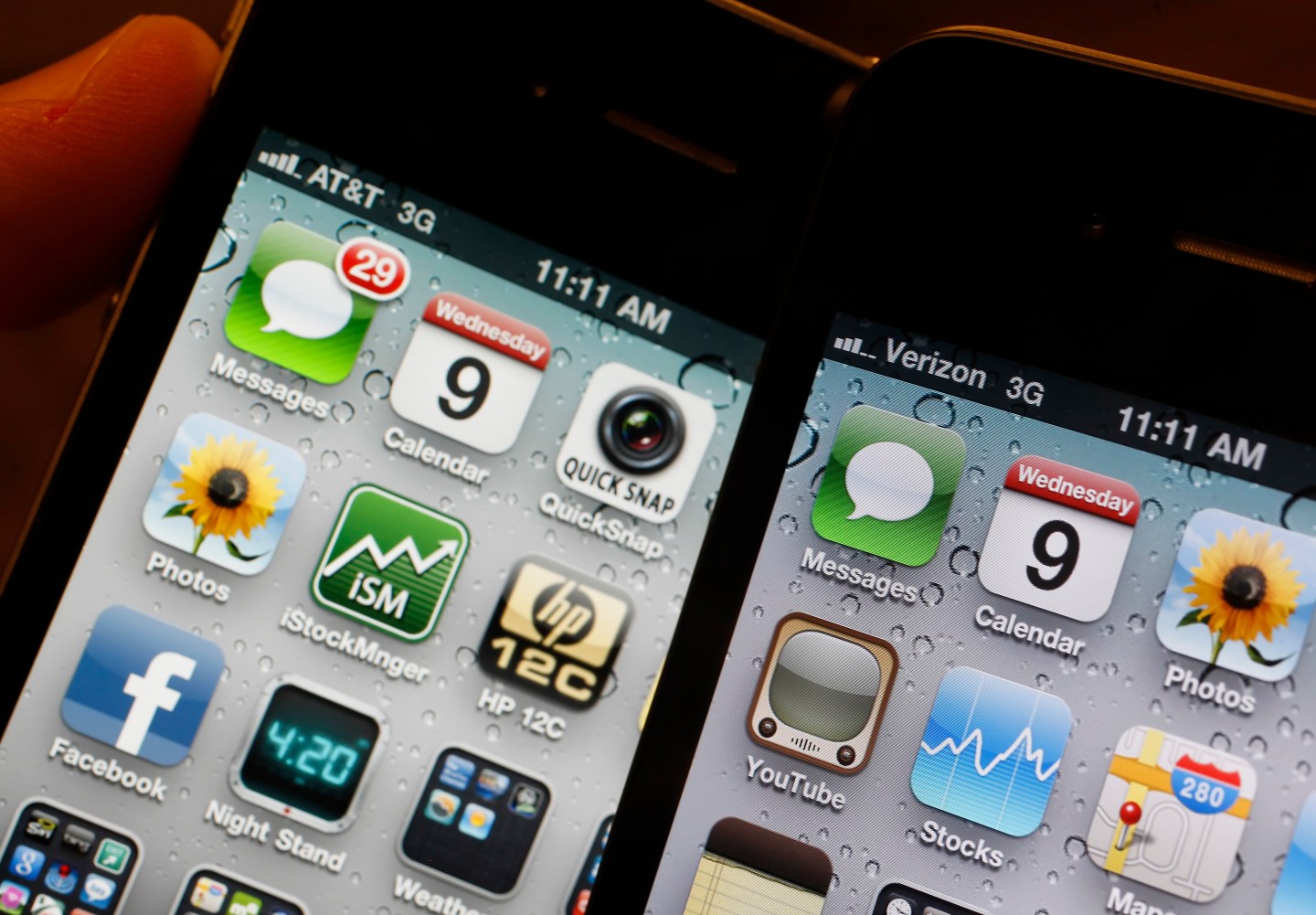 This hasn’t exactly been a banner year for wireless carriers’ stocks. While the S&P 500 Index has risen 8% this year, AT&T and Verizon, which together control about 83% of the wireless market, are down 8%.

The two companies have fared especially poorly in the last month: AT&T is down 10% and Verizon is down 12%, while the S&P is down only 2%. The reason is one that may delight consumers and concern investors: A price war, in which rivals cut prices to steal market share from one another, has broken out among carriers, and it’s only likely to get more intense next year. The longer a price war endures, the more choice consumers will have, though it means financial pain for carriers.

“What we’re seeing is a pretty exciting period here at Verizon Wireless,” he said at an investors’ conference, “where we saw an increase in the activations but we’re also seeing some increase in the churn as well.”

Churn, which measures customer attrition, is a scourge to companies that rely on subscribers because it can signify customer dissatisfaction or the impact of rivals’ lower prices. A recent survey by Consumer Reports suggests customer satisfaction is comparableamong AT&T, Verizon and T-Mobile (not so much Sprint, which is having issues in upgrading its network). In previous surveys, Verizon had a clear lead and T-Mobile had lagged. That’s a sign Verizon owes its churn problem to competitors’ lower prices.

Still, Verizon’s Shammo argued that talk of a price war was overstated and that “the revenue of the industry . . . has come down slightly but not as much as everybody is making it out to be.” The market disagreed. Verizon’s stock fell 4% as Shammo made his comments. Two securities firms downgraded Verizon’s ratings, while two others lowered their price targets for the stock.

It didn’t help that at another investment conference that same day, AT&T CFO John Stephens was saying something similar in starker terms.

“The current impact — the current environment is impacting churn,” said Stephens. “In fact, we expect postpaid churn to be higher than it was in the year ago fourth quarter. This will impact fourth-quarter adjusted wireless margins.”