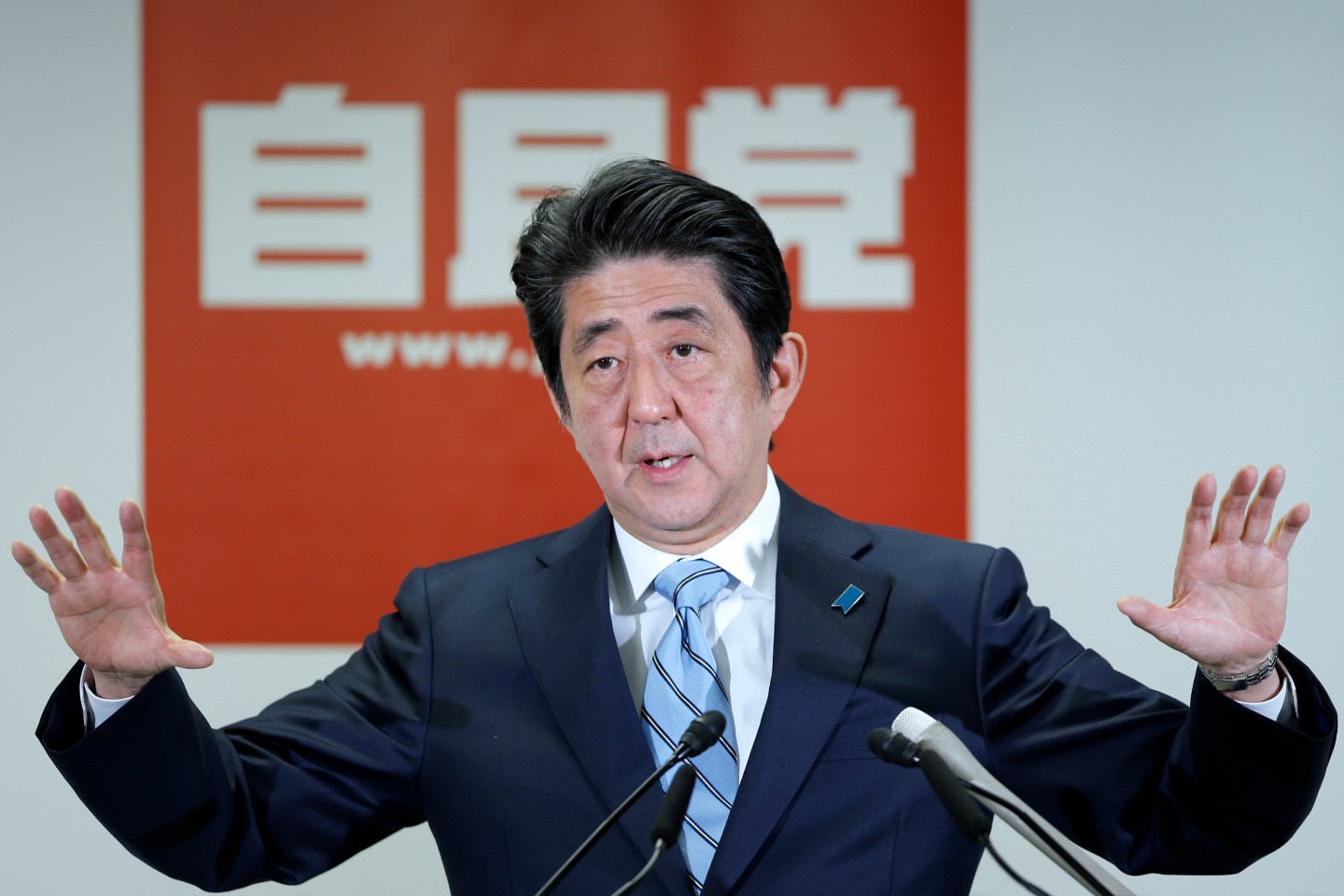 Japan’s Prime Minister Shinzo Abe got the thumping new mandate he wanted at snap elections at the weekend, but the Bank of Japan’s quarterly business survey released Monday showed that the recovery he is promising is as elusive as ever.

The Liberal Democratic Party and its coalition partner, the Buddhist Kameito Party, were returned to power with a two-thirds majority, meaning that they will be able to push radical legislation through parliament without having to win the support of the upper chamber.

Voter turnout, however, was a postwar low of 52.3%, well below the previous low of 59.3% in 2012, suggesting that the result was less a ringing endorsement of Abe’s policies than a reflection of voters’ lack of belief in a better alternative. Banri Kaieda, head of the main opposition party, the Democratic Party of Japan, said after the results were published that he will resign.

Abe had called the elections as a vote of confidence in his three-pronged recovery plan–known as ‘Abenomics’–that had stalled since the spring under the weight of a big rise in value-added tax and a slowdown in some of Japan’s most important export markets such as China and the E.U.

The economy has contracted in both of the last two quarters and data suggest another weak performance in the final quarter of this year.

The central bank’s quarterly “Tankan” survey of business, published Monday, showed the key manufacturing sector expecting the economy to worsen in the months ahead, despite a 10% drop in the yen’s value against the dollar since October, which has significantly boosted its competitiveness vis-a-vis rivals in the U.S. and China, which has chosen not to let its currency drop significantly against the greenback.

Neither the yen’s depreciation nor the injection of trillions of yen in liquidity by the Bank of Japan has delivered a meaningful increase in incomes across the country yet, although it has driven bond and stock prices to unprecedented highs. The Tankan underlined the fact that many businesses haven’t profited much from the falling yen because they depend on imported inputs, which have become more expensive.

Media reports quoted Abe as saying that he would meet with representatives from business Monday to press them to raise wages next year, in an effort to crack a ‘deflationary mindset’ that has dogged the economy for over a decade. But some companies, such as struggling entertainment giant Sony Corp. (SNE), have already signalled they’re more likely to cut wages as they struggle to stay competitive.

Financial markets had expected Abe to win and didn’t show much reaction Monday morning. The yen strengthened slightly against the dollar, but the Nikkei stock index fell 1.6%, taking its lead from the rout on Wall Street Friday.