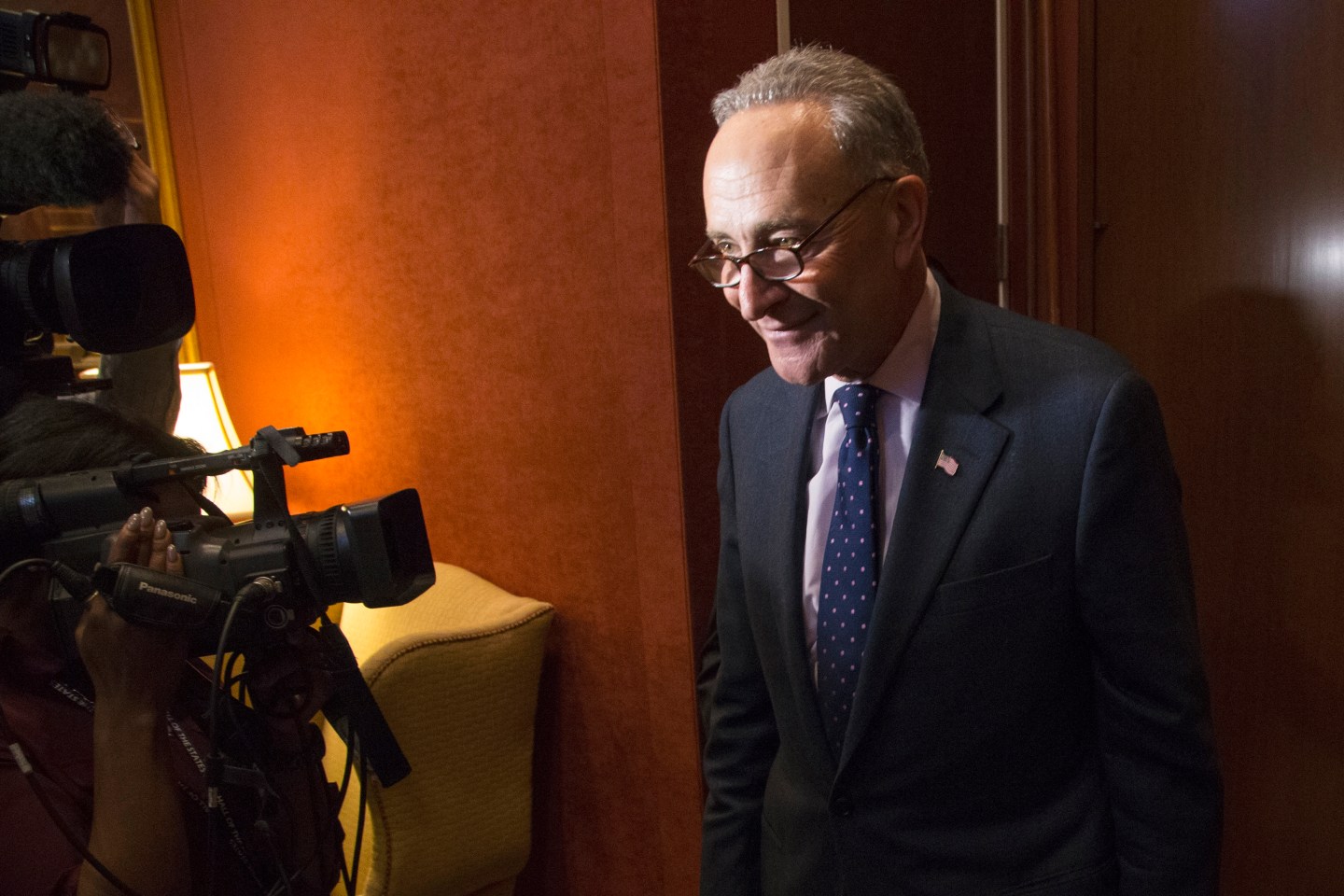 According to Senator Chuck Schumer, you’re paying too much for your airplane ticket home this holiday season.

The New York Democrat put out a statement this morning saying prices should reflect the lower fuel costs airlines have been paying due to the drop in oil prices.

“At a time when the cost of fuel is plummeting and profits are rising, it is curious and confounding that ticket prices are sky-high and defying economic gravity,” he said in the release. “So I’m urging the feds to step in and do a price investigation on behalf of consumers who must buy holiday travel tickets that can break the bank. The industry often raises prices in a flash when oil prices spike, yet they appear not to be adjusting for the historic decline in the cost of fuel; ticket prices should not shoot up like a rocket and come down like a feather.”

Oil prices are currently sitting at around $60 per barrel, the lowest they’ve been in years. Schumer notes that fuel costs can account for up to half of an airlines costs, meaning that the drop in fuel prices could be having huge impacts on their bottom lines.

Airlines for America, a trade organization representing major US carriers, said that falling fuel costs meant that airlines could reinvest in the business, and that lower fuel costs didn’t mean as much as Schumer made them out to:

“While fuel prices have abated from their historic highs, fuel is just one cost, and it’s important to note that for the first nine months for the nine publicly traded U.S. passenger carriers, operating expenses rose 3.1 percent in 2014,” the statement reads. “This is a capital-intensive business, and airlines are making significant investments, including taking delivery of 317 new planes this year alone.”

Bob McAdoo, an airlines analyst with Imperial Capital LLC, doesn’t think anything legislative will come from Schumer’s challenge, noting that the government hasn’t controlled the airline business beyond safety regulations since the Airline Deregulation Act in 1978.

“From time to time the government has talked about re-regulating pricing,” he says. “Every time its come up its been fairly sounded rejected in Congress.”