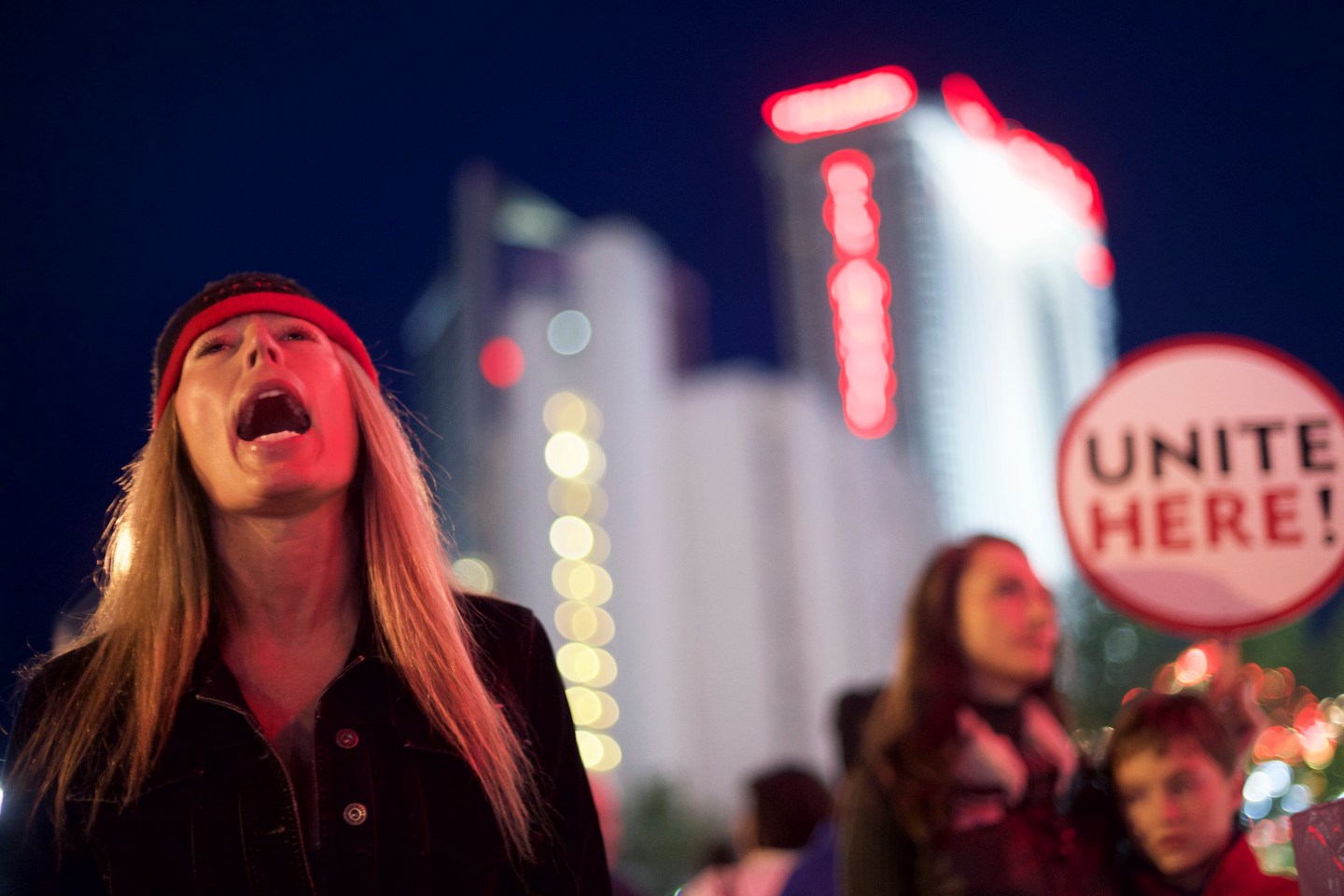 The ongoing war between the owner of the Trump Taj Mahal casino in Atlantic City and the Unite Here union that represents more than 1,100 Taj Mahal workers will come to a head early next week.

In a letter sent to Unite Here Local 54 President Robert McDevitt on Thursday, Trump Entertainment Resorts CEO Bob Griffin said that the union has until 5 p.m. on Monday to drop its appeal of a bankruptcy court ruling that ordered the cancellation of employee health insurance and pension plans. Doing so will keep the Taj Mahal open and its thousands of workers employed, the letter says. Otherwise, Trump Entertainment has threatened to shutter the casino.

Griffin wrote that he thought the union and Trump Entertainment had agreed to a deal earlier this week, but the union never officially signed on. A representative for Local 54 did not immediately return Fortune‘s request for comment.

Billionaire activist investor Carl Icahn, the Taj’s sole debt holder, has said that he will take over ownership of the casino and invest $100 million in it in exchange for the cancellation of $286 million of its debt, but that deal is dependent on significant tax breaks that the government has so far denied. (The state senate is currently considering a financial and tax assistance package for the Atlantic City government and its casinos.)

Trump Entertainment has said that it would close the floundering Taj on December 20. If the casino does indeed fold, it will be the fifth one in Atlantic City to do so this year. Atlantic City started 2014 with 12 casinos but, so far, The Atlantic Club, Revel, The Showboat, and Trump Plaza have already called it quits.

Wal-Mart workers, who have long complained of the company’s poor pay, logged two victories this week.

In the first, Wal-Mart CEO Doug McMillan told CBS This Morning that the retail giant will soon boost the pay of its lowest paid workers. “We’re gonna make some changes in a few months that will create a situation where no Walmart associate in the United States makes federal minimum wage. We’ll be ahead of that with our starting wage,” he said.

About 6,000 of the retailer’s 1.3 million workers in the U.S. earn the minimum wage. The company has been the target of protests by Our Walmart, a union-backed group of Wal-Mart workers that’s demanding full-time work and pay of $15 per hour.

A National Labor Relations Board judge handed Wal-Mart workers a second win in a ruling that store managers at two locations in California had acted unlawfully by disciplining employees for going on strike and threatening to close a store if employees joined a group calling for higher pay.

NLRB administrative law judge Geoffrey Carter found that one Wal-Mart manager had gone as far as to say, “If it were up to me, I’d shoot the union.” In another instance, a manager, referring to a rope used to pull heavy loads, told an Our Walmart supporter, “If it was up to me, I would put that rope around your neck.”

Carter also determined that it was illegal for managers to tell employees that their co-workers who decided to strike would soon be seeking alternative employment.

The company has disputed the judge’s finding and is considering an appeal.

At a conference on Thursday, Goldman Sachs CEO Lloyd Blankfein expressed concern over the state of the nation’s workers.

When asked at The New York Times DealBook Conference about corporations using capital to buy back stock from their shareholders, Blankfein suggested that capital could be invested in hiring or expansion instead.

Later, in response to a question about the sharing economy—including Goldman’s role in raising money from its high-net-worth clients for Uber—Blankfein said that the efficiency of the sharing economy “can sometimes be the enemy of maximizing the labor force.” He added: “The efficiencies are coming at the expense of labor. That’s creating all sorts of problems for the country.”