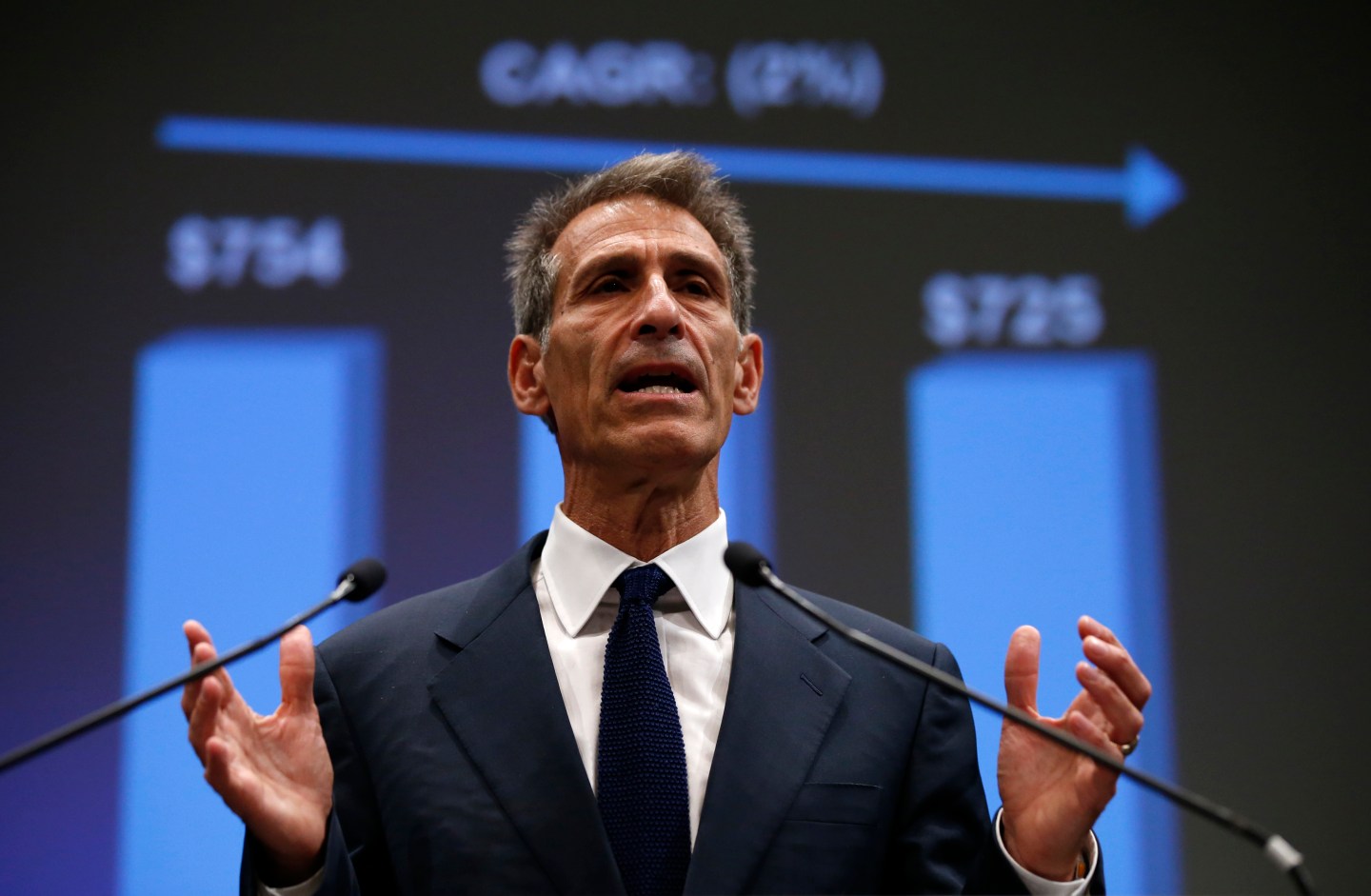 Michael Lynton, CEO Sony Entertainment and CEO and chairman Sony Pictures Entertainment, speaks during an investors' conference at the company's headquarters in Tokyo November 18, 2014. Japan's Sony Corp said it is aiming to garner up to $11 billion in revenue from its movie business in three years time, a 36 percent increase over levels forecast for the current financial year. REUTERS/Toru Hanai (JAPAN - Tags: BUSINESS HEADSHOT) - RTR4EIBI
Photograph by Toru Hanai — Reuters

The media is having a field day with the recent (and continuing) leak of Sony Pictures’ e-mail exchanges. And why not, because, as one commentator put it, the leaking incident itself would make a great movie, what with money, ego, and temper tantrums on full display.

But behind the pyrotechnics, this incident raises three fundamentally important issues.

First, am I the only one who sees the huge contradiction between the endless stories about how everything—from payments, to control over houses, power plants, factories, and even moving vehicles—is moving to the web and the ample evidence that the Internet is completely unsafe and that essentially everything—ranging from credit cards to emails to financial data—can be hacked?

How can it be sensible to put ever more economic information and transactions and ever more control over physical activity on an infrastructure that is demonstrably unsafe and unreliable? It’s like saying, “We have a plane that is prone to crashing with unpredictably disastrous results, so let’s put more precious cargo on the plane.”

I understand the attraction of the Internet of things, the cashless society, and cloud-based everything, but this looks like an unfathomably large disaster waiting to happen. Or maybe it has already happened, as one recent report makes clear. No wonder so much venture capital money is flowing to security companies.

Second, having observed better and worse executives for decades, I find one of the most important leadership skills to be completely missing among all of the participants in this fiasco. That skill is thinking and behaving strategically at all moments and in all interactions. Yes, senior leaders have huge egos and maybe tempers to match. And, as research consistently demonstrates, the possession of great power often brings out the worst in people. People in power feel free to pay less attention to those with less power and are emboldened to ignore all sorts of rules, including norms for polite behavior.

But the best, smartest, savviest leaders understand that with great power and prestige inevitably comes great visibility. Subordinates watch senior executives more closely than they do people of lower rank, as they seek to learn how to behave in a particular workplace. And as all the executives who have written books can attest, the public at large also watches those in power, and the more power someone has, the greater the public attention they receive.

Therefore, there are no “offhand” or off-the-record remarks. Everything is public, or may be. Consequently, the smart thing for leaders is to put a filter between their brains and their mouths—or fingers, in the case of emails—and ask, “Is this communication going to help me achieve my goals?” If the answer is no, rethink what you were about to say or write. Letting off steam is fine for a teakettle, not so fine for people presiding over enormous enterprises who spend vast sums of money on attracting, retaining, and, most importantly, nurturing talent. And that holds true for leaders at all companies, not just the movie industry.

The third lesson hinges on how much attention we pay to feelings, ego, and relationships, and how little focus there is on business and making money. And no, this is not a phenomenon confined to the movie industry. As the endless saga of boardroom coups and executive shuffles illustrate, even at for-profit entities, financial results often take a back seat to personal agendas. This fact helps explain why so many companies fail to perform at their potential.

Those who lead the best enterprises understand that their first priority is to ascertain not how others make them feel or whether they like, or don’t like, particular team members, but instead who is best able to get the job done and improve performance. Simply put, a focus on results may be the most important determinant of whether those results are good or not. And as the Sony dust-up illustrates, too many executives are not focusing enough on results.