Ferguson protesters try to block use of tear gas 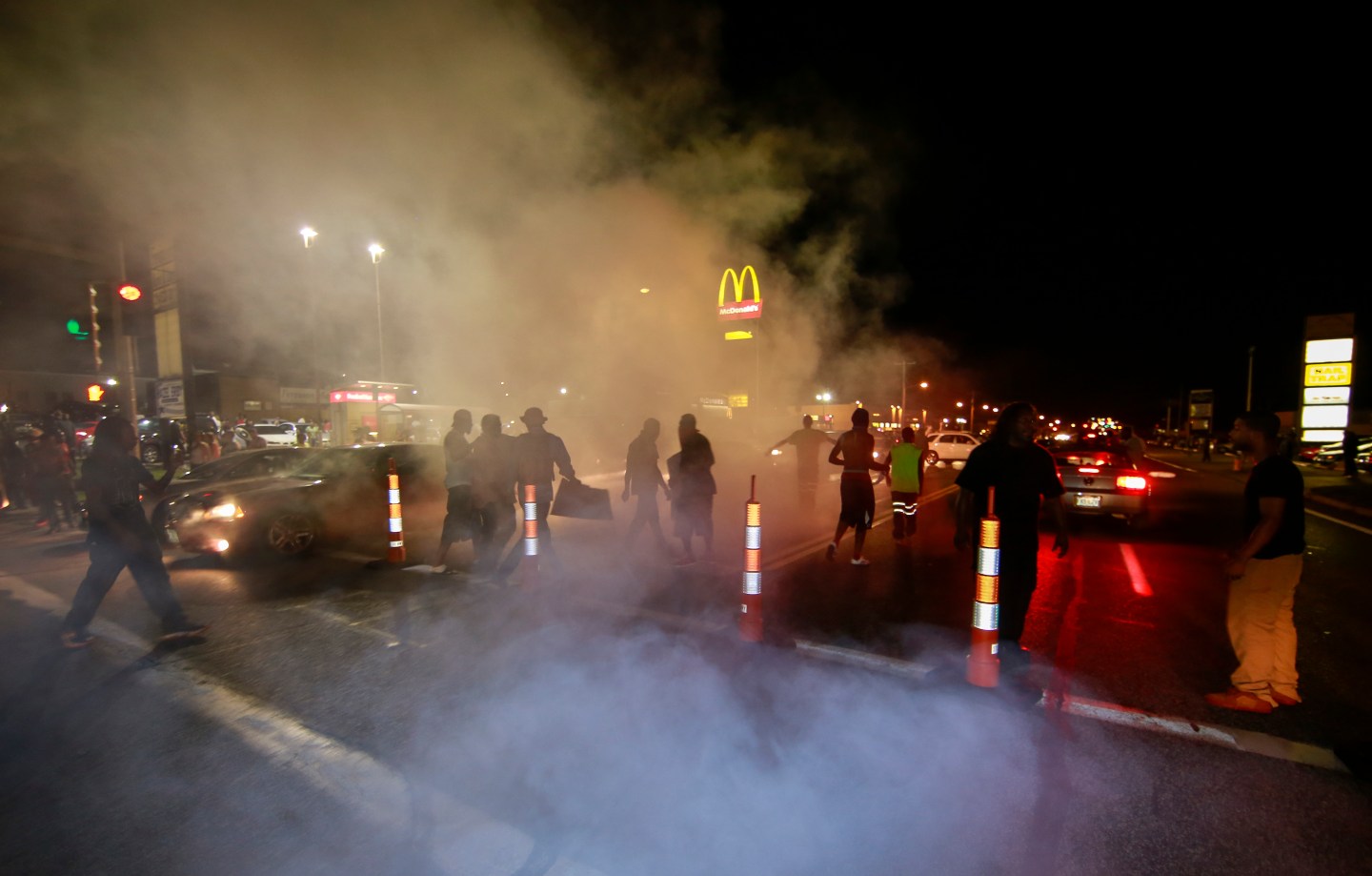 A federal judge in St. Louis ordered local police to limit their use of tear gas after Ferguson protesters filed a complaint alleging their right to peaceful assembly had been violated.

Carol Jackson, a judge in the U.S. District Court of Eastern Missouri, issued a temporary restraining order Thursday after a hearing in which protesters argued they had been gassed without warning amid peaceful protests that erupted anew last month when a grand jury declined to indict officer Darren Wilson in the death of Michael Brown.

The ruling requires police to respect demonstrators’ rights to lawfully assemble and provide clear warning before resorting to the use of chemical agents. It represents a modest victory for the protest movement, which previously won a courtroom victory when a different judge ruled that a policy that required protesters to walk continuously was unconstitutional.