Can this company prevent sexual assaults on college campuses? 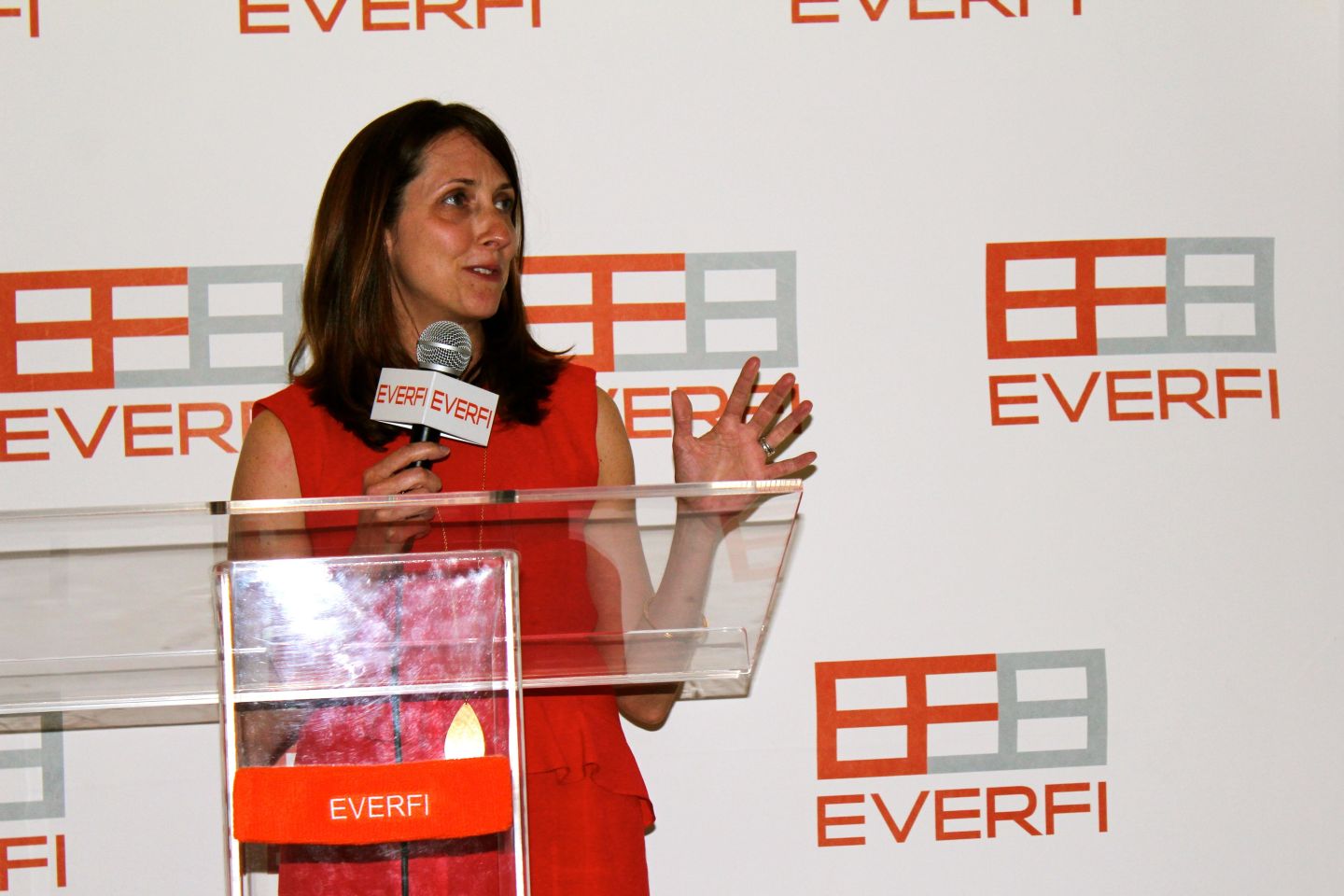 When Tammy Wincup first read Rolling Stone’s cover story about a gruesome gang rape at a fraternity at the University of Virginia, it hit close to home. Like thousands of others, Wincup is an alumna of the university. She also was president of her sorority, Chi Omega, when she graduated in 1995. Yet unlike many of her former classmates, Wincup is now devoting a large part of her career to stopping sexual assault on college campuses, including at UVA.

Wincup is the COO of EverFi, a Washington D.C.-based company that teaches students critical skills that may be left off the syllabus of their formal education. The tech company partners with more than 440 higher-education institutions to bring students online courses that address topics like high-risk drinking, financial wellness, and yes, sexual violence. A venture-backed firm with heavyweight backers like Amazon (AMZN) CEO Jeff Bezos, Twitter (TWTR) founder Evan Williams and Google (GOOG) chairman Eric Schmidt, EverFi reached more than 550,000 students this year through their online sexual assault prevention program, Haven.

The facts behind Rolling Stone’s infamous story about rape at UVA are now in doubt, but Wincup and her team say that there is no question that sexual assault is an epidemic plaguing college campuses. The often cited statistic that 1 in 5 women in college have been sexually assaulted is something that EverFi sees reflected in the data coming out of Haven. EverFi is seeing that a minority group — about 25% of students — enter college either have been a victim or perpetrator of sexual assault, or engage in behavior that put them at a high risk of entering one of those two groups. As for the healthy group of students — the other 75% — this group still often doesn’t understand when or how they should intervene to prevent an act of sexual violence to happen in the first place.

“When you get the dream acceptance letter into college, it should not mean that your risk of being sexually assaulted goes up,” says Wincup. “The ability for technology to help deliver great and needed education in this very safe one-on-one environment is really powerful.”

Haven is a 45-minute tutorial that walks students through different gender stereotypes and scenarios, and then polls them on how they would respond to certain situations. Erica Eshman graduated from Georgetown University in 2014. She didn’t take Haven when she was a freshman, but she did take AlcoholEdu, the company’s online alcohol prevention program for first-year students. (Haven was created in 2013 to extend the curriculum, and EverFi recommends that universities require students to take both programs in tandem.)

Eshman’s recollections of the binge-drinking prevention tutorial are vague at this point. But she said she tried to get through the course as quickly as possible, and she and her friends didn’t pay much attention to the material. The tutorial was a requirement for all freshman, and students who did not complete the course with a certain score were penalized (though Eshman doesn’t recall how). Eshman added that she felt pretty confident about her knowledge of alcohol before coming to campus, but she probably would have paid more attention to a tutorial completed devoted to sexual assault.

Wincup acknowledges that learning about binge drinking, sexual violence and rape is not exactly how 18-year-olds want to spend their time just when they get to campus. This reality aside, she says she knows the tutorial is having a positive impact on campus cultures. She even has an independent report to back that claim up. In 2011, EverFi paid for an independent evaluator look at AlcoholEdu. The evaluators found that the program reduced hazardous drinking on the campuses where it is deployed, and EverFi’s staff is confident the same can be said for Haven reducing sexual assault.

“Foundational education those first weeks on campus during that high-risk period is important,” said Rob Buelow, EverFi’s associate director of partner education. “So we want to convey to students the challenges of a college campus environment and make sure they are aware of what their college campus policy is on assault and what other resources are at their disposal.”

The often-contested 1 in 5 stat for college women being raped may seem frightening, but most research suggests that a majority of sexual assaults are conducted by a very small minority . A 2002 report conducted by researchers at the University of Massachusetts and the Brown University of Medicine discord that from a sample of 120 rapists, collectively these perpetrators were responsible for 1,225 separates acts of violence including rape, battery and sexual abuse. Buelow says EverFi’s data suggests the same trend: “The vast majority of campus rapes are done by a small group of students,” he said.

Overall, Wincup says the conversation on college campuses on this topic has changed dramatically in the last two or three years. Previously, if you wanted to speak with university officials about sexual assault, you would be deferred to someone working at the student health center. Now, presidents and provosts are getting directly involved in the discussion, a sign that administrators are starting to realize what a critical issue this is for not only the health of their students, but also their competitiveness as a university. At UVA in particular, Wincup says officials are “really taking this issue very seriously.”

EverFi’s partnership with University of Virginia and other campuses extends beyond Haven and other online courses. Even as Rolling Stone’s reporting continues to unravel, Wincup says she has been active in discussions with UVA senior administrators and board members on next steps. The university has appointed a 15 member group of faculty, staff, students and parents to examine the school’s culture. Also, a ban on Greek life activities remains through January 9th.

To subscribe to Caroline Fairchild’s daily newsletter on women leaders, go to www.getbroadsheet.com.