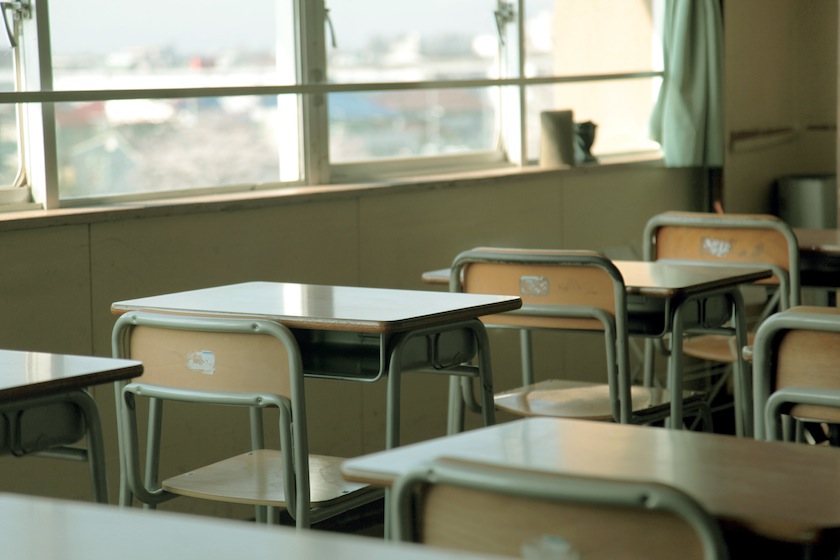 It’s common knowledge that American students are mediocre when it comes to taking tests. Now we know that American teachers are too.

In a study published this week by the National Bureau of Economic Research, Stanford Economist Eric Hanushek used new data from the Survey of Adult skills, conducted by the OECD, which seeks to help governments around the world understand the level and distribution of cognitive skills in their populations. Hanushek and his colleagues isolated elementary and secondary level teachers to find out how teacher’s cognitive abilities differ across countries.

He found a great degree of variance between the literacy and numeracy skills of teachers across the developed world. For instance, teacher skills in the worst-performing countries, like Italy and Russia, are on par with workers with just some college education in Canada, while teachers in the best-performing countries, like Japan and Finland, have skills on par with PhD graduates in Canada.

So, where do U.S. teachers fall on the spectrum? They are slightly above average in literacy skills, but below average in terms of numeracy. These results mirror international assessments of student abilities, in which American students also rank below average in math skills compared to their peers in other developed countries. According to Hanushek, this shouldn’t surprise us. He finds that teacher cognitive ability correlates strongly with student abilities.

High-profile efforts like Teach for America were founded on the idea that if American schools can attract high-achieving, intelligent college graduates to the classroom, those schools would improve. Advocates of this strategy pointed to countries like Finland, South Korea, and Singapore, where students get high marks on international measures of student aptitude, and where teaching is a profession that attracts the best and the brightest.

As critics of Teach for America and similar programs have pointed out, these programs haven’t produced the results many imagined they would. Fordham University Professor Mark Naison, who writes that he was once “enthusiastic about the idea of recruiting my most idealistic and talented students for work in poor schools,” no longer allows TFA recruiters in his classroom because he thinks the training they receive is too limited and the commitment required of teachers is too short for enrollees to become effective teachers.

Of course, requiring longer training periods and commitments of TFA training recruits will cost more. In 2010, McKinsey & Company released a report that attempted to answer why America isn’t attracting the best and the brightest to the teaching profession, and it concluded that pay was a primary factor. In South Korea, for instance, the average starting salary for teachers is $55,000 with top salaries reaching $155,000. Compare that to an average starting salary in the U.S. of $39,000 which maxes out, on average, at $67,000.

Countries with the best education systems have very low birth rates, and a very small percentage of their populations are made up of children. About 20% of the U.S. population is under the age of 14, while only 15% of the South Korean population is in the same age range. Singapore and Finland are similarly aged societies, too. Fewer children means less of a need for teachers, and that means it’s easier for these countries to make the teaching profession both well paid and prestigious.

But if the United States is convinced that it wants to move up the rankings, simply offering new teachers higher pay and a pathway towards a salary that rivals more elite professional careers is likely the simplest approach. It won’t be cheap—McKinsey estimates that raising teacher pay to South Korea’s level would cost $30 billion per year, or 5% of what the U.S. already spends on K-12 education.

But doesn’t the U.S. already spend a ton on education, you ask? Yes, by some measures. The OECD estimates that America spends more per student, $15,171, each year than any other developed country. But that measure doesn’t focus just on government expenditure—25% of that figure takes into account what parents spend privately on education. Furthermore, the U.S. doles out its educational resources unevenly. Spending per student varies highly depending on the state and school district, while the U.S. is one of only three countries (along with Israel and Turkey) that devote more educational resources to more affluent students than it does to the disadvantaged.

Corporate America has identified the U.S. education system as one of the biggest obstacles in creating the sort of workforce it needs to stay competitive in a global economy. Some of this problem can be solved by improved cooperation between educators and employers, but part of the issue is simply that workers don’t have the core skills to accomplish tasks demanded by a modern economy. Making a sustained effort to attract more talented teachers could help solve this problem.