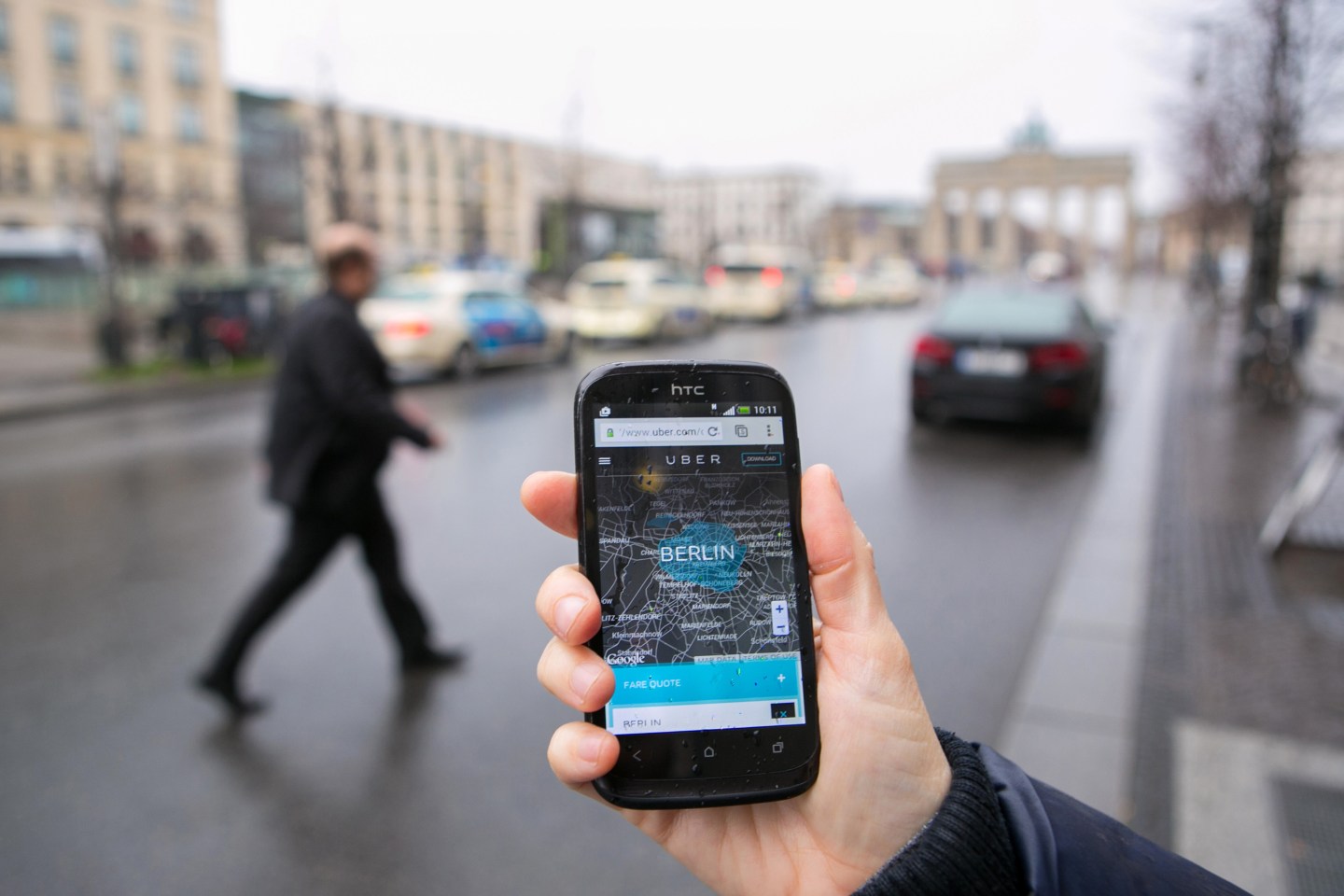 At $41 billion, Uber has become more valuable more quickly than any other start-up we’ve seen in recent years — faster than Facebook (FB), Google (GOOG), Amazon.com (AMZN) and Salesforce.com (CRM), according to our analysis of VC-backed start-ups founded since Uber was created in 2009. Earlier this month when the taxi service announced a round of financing that gave it a $41 billion valuation at 5.93 years old, Uber set itself apart. At the same stage, Facebook was valued at about $32 billion, while Google was just over $3 billion.

Uber’s valuation does not guarantee it will be the next long-term superstar. But if the company can use its rapidly rising valuation to accelerate its expansion, it has a real shot at both beating its competitor, Lyft, and growing beyond personal transportation. Further, it can expand it’s services — potentially to delivery, logistics, other adjacent markets. To be sure, Uber is facing an ever increasing amount of challenges, from legal battles with local governments, to bad PR for the way it portrays women, all of which could hamper its growth and damage its brand. Additionally competitors like Lyft are nipping at its heals and more will surely come as the market for smart-phone powered point-to-point transportation expands. Despite these problems, Uber’s lead is so large and its value has grown so quickly, it would have to stumble badly to lose the battle for supremecy in this new space.

This comes amid the development of two important trends. First, among all VC-backed technology start-ups created since 2009, the rate at which their values have risen is three times faster today compared to just a decade ago. This increase in “time to market cap”, the measures how quickly companies increase in value, has become a major advantage for modern startups as they are able to build massive financial war chests at speeds never seen before. With this latest financing Uber has become the time to market cap champ.

What’s more, it appears that new markets are being dominated by one company, especially in tech. Uber’s latest valuation is partly driven by how quickly the company is expanding abroad, but it also reflects demand for a growing global market for on-demand transportation, and Uber’s dominance in this category for years to come.

We like to call Uber a “Category King” — companies that define, develop and dominate new markets. Airbnb is doing that in on-demand rentals. Salesforce.com did it in cloud-based CRM. Of the 80 or so $1 billion companies founded since 2000, half are Category Kings. They are more valuable than all the other companies in their categories combined. These firms routinely take more than 70% of the total available market cap of their market.

Uber is clearly being valued as the king of a new category that stretches way beyond taxi rides. Investors see potential in on-demand delivery from Uber vehicles, for instance. Unless Uber screws up, its competitors, such as Lyft and Sidecar, will fade into the background. If Uber truly proves to be the Category King in a vastly expanding new category, it’s record valuation will seem rational.

Al Ramadan, Christopher Lochhead and Dave Peterson are co-founding partners at Play Bigger Advisors, a San Francisco-based firm that coaches technology executives to build market-leading companies. Neither the firm or its partners have investments in Uber, Lyft, Google, Amazon.com or Salesforce.com.