3 ways to get comfortable with taking risks 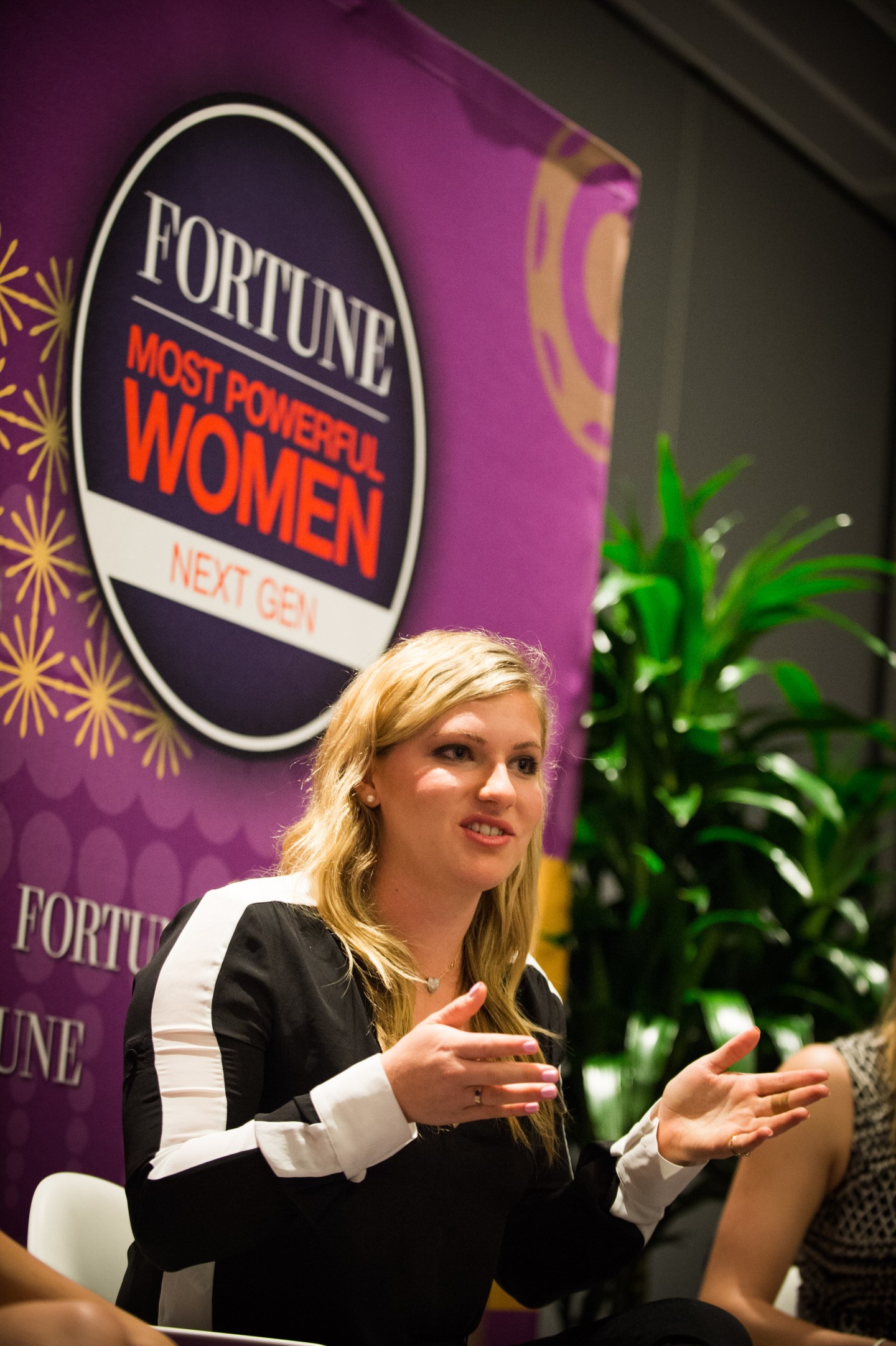 Last week, Fortune’s Caroline Fairchild kicked off a panel on entrepreneurship at Fortune’s Most Powerful Women Next Gen Summit by asking the audience to raise their hands if they were risk-takers. Many hands went up. Then she said, “Raise your hand if you hate risk.” Mine shot straight up in the air.

I’ve always been extremely cautious and risk-averse. And yet at the end of the engaging discussion—between three entrepreneurs who defied convention, ignored the word “no” and took incredible amounts of risks to start their own businesses—the whole idea of risk seemed a lot less risky.

The entrepreneurs—Rachel Shechtman, founder of innovative retail startup STORY, Susan Coelius Keplinger, president and CEO of ad-tech firm Triggit, and Meredith Perry, founder of wireless electricity startup uBeam—all took copious amounts of risk, and they each had a unique perspective on it.

Shechtman said if she had thought about the degree of difficulty involved in launching her breakthrough idea—a 2,500 square foot store with a new theme, merchandise, and look and feel down to the fixtures and installations every four to six weeks—she wouldn’t have acted on it. Instead, she forged ahead, knowing the industry was missing what she had to offer. (It was; see my earlier story on STORY here.)

For Perry, the risks were huge. She started her company despite the fact that “everybody who had any background in what I was doing told me it was impossible,” a group that included her physics professor, the world’s top acoustic researchers and electrical engineers, “TIME 100 smart people,” and many others. Perry says what saved her was failing repeatedly—in private. “I failed like 14 times,” she says. “I lost all of the company’s money several times, I screwed up the product many times.” But the company was in stealth mode —“so nobody really knew about it,” she says. “And then we got it to work!”

For Keplinger, the ability to stomach risk is about being able to feel you’re on a familiar path. To people who’ve never worked for a startup, she pointed out, it seems incredibly risky to start your own company. But for someone who’s been on that path before, it’s a familiar place and a known quantity. She cited the trajectory of the ‘PayPal Mafia’—the now-famous group of PayPal employees who left to found their own massively successful startups (the label was coined by Fortune in 2007). They weren’t all entrepreneurs when they joined PayPal, Keplinger pointed out, but they started at PayPal when it was a small company and saw it become a big company. Knowing what was possible, they then left and started lots of small companies. “The ‘different path over there’ is what looks really hard and really scary,” she says.

She advised the group that anyone thinking about starting a company at some point should go and join a small company right now—fewer than 50 employees or, better yet, fewer than 20—and make it part of their own “path,” thereby making it more familiar, less scary.

An extreme athlete in her spare time, Keplinger also shared a key insight from her experiences kitesurfing, big mountain skiing or powering down a hill on a mountain bike. Part of being comfortable with those kinds of risk, she said, comes from simply understanding the nuances of the risk. In kitesurfing, for example, “it’s about understanding the nuances of the kite,” she says—how it works, what powers it, and what may or may not happen under what kinds of conditions. Once she understands that, she says, “what looked like a big risk just became a much smaller risk. And now it’s not as scary.” The same thing, she said, is true in business.

I’m not sure if I’m about to go hook up to a kiteboard anytime soon. But the words of Keplinger and her panelists riveted those in the room during the hour-long discussion—and they hit home for me, too.