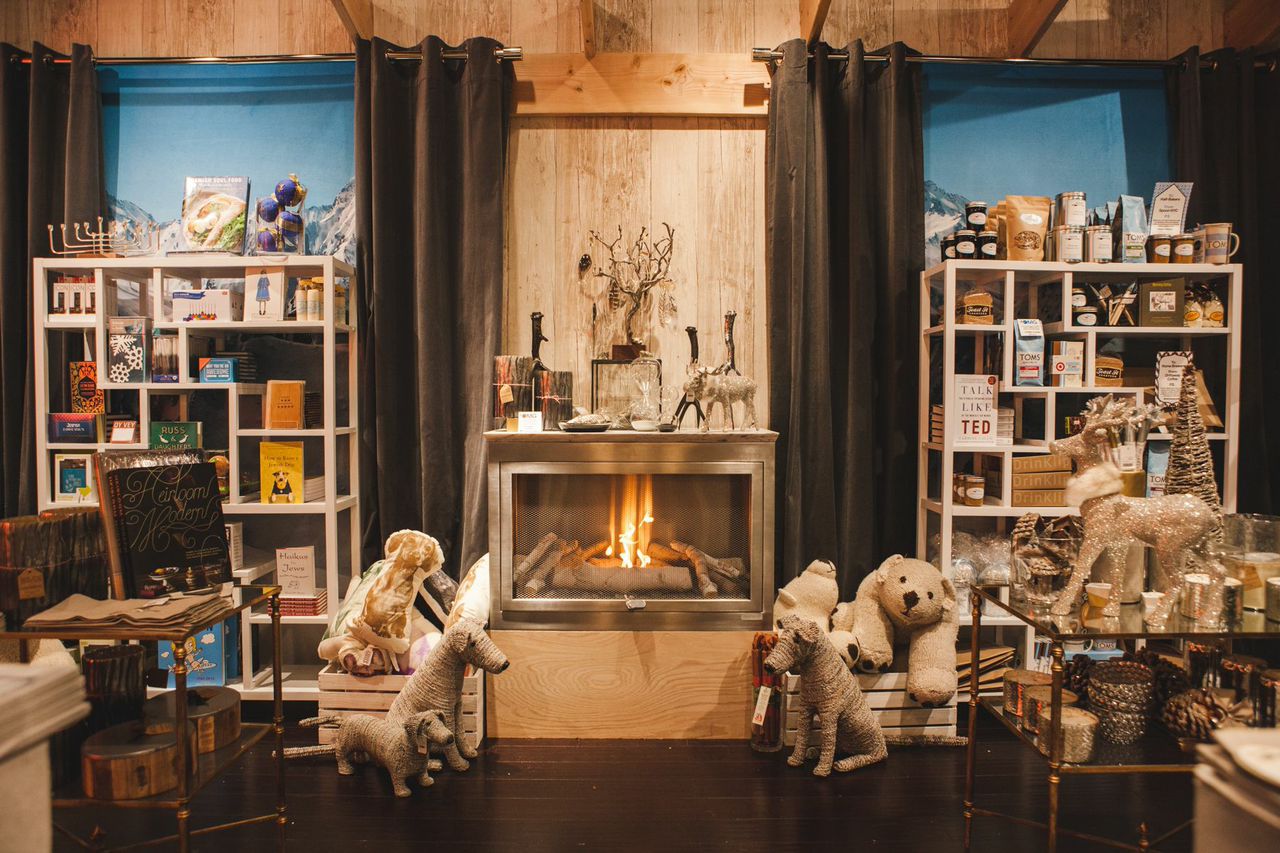 One afternoon in early September, a black SUV full of executives from Target pulled up to the curb in front of Rachel Shechtman’s Manhattan boutique, STORY. It was a team from Target (TGT), which was flattering, but Shechtman was used to executives from big companies making unannounced visits to her store.

STORY, an innovative boutique that combines merchandising with sponsorship and live events and “experiences,” has been a topic of conversation in media and retail circles since it opened in 2011. Top executives from the likes of PepsiCo (PEP), GE (GE), Estee Lauder (EL), Home Depot (HD) and L Brands (LB), as well as Martha Stewart herself, have all made pilgrimages to see it in person.

But this was Target, a company Shechtman revered and had always wanted to partner with. So she started chatting up one of the visiting executives, who introduced himself as “Brian.” She shared a few ideas with him about how she could collaborate with Target, and at the end of their conversation, he gave her his card.

“Brian,” it turned out, was Brian Cornell, the retail giant’s chairman and CEO.

From there she convinced him to become the store’s exclusive paid sponsor for the “Home for the Holidays STORY,” a partnership they would have to pull together in a matter of weeks—record time.

Shechtman first told me about meeting Target’s CEO at the Fortune Most Powerful Women Summit, which she attended this year as one of our Fortune Most Promising Women Entrepreneurs (for the full list, see here). But we first met at a networking party when I was out hunting for 40 under 40 candidates for Fortune in 2008. Over the years, she has supplied me with a trove of names (I learned Rachel is a consummate connector of people). And full disclosure: we’ve become friends.

So I’ve had a sort of front-row view to STORY’s story (based on its success, Shechtman herself made the 40 under 40 list in 2013). I saw the raw space when she first procured it, and I have been a visitor since the very first STORY, which launched in “beta” in 2011 (the first physical store to do so).

In Shechtman’s description of it, STORY sells things like a store, has a point of view like a magazine, and gets stripped down and reinvented every four to eight weeks like a gallery—with a little bit of community center thrown in. This is a pretty apt encapsulation.

Yes, STORY makes money from selling fashion, home and accessory items, but it also has lucrative partnerships with big companies like PepsiCo, Hewlett-Packard (HP), GE, Home Depot, American Express (AXP) and more. Companies typically pay from $75,000 to $500,000 to sponsor each roughly-monthly theme, or “STORY,” often with collaborations that include events or experiences.

For Procter & Gamble’s sponsorship of the male-themed “His STORY,” for example, there was a hot-towel shaving station. When GE sponsored a “Making Things” STORY, 3-D printers and laser cutters lined the floor for customers to try. For Target’s partnership, events will include an evening discussion with Nate Berkus and make-up lessons from Sonia Kashuk and weekend events, such as a free lunch from a locally-sourced food truck that supports Drive Change, a nonprofit focused on incarcerated youth. (All recipes will involve maple syrup from Archer Farms, available…only at Target.)

A former brand consultant for TOMS, Kraft and others, she says these experiences are critical to engaging the customer. Instead of sales per square foot, she talks about “experience per square foot.”

“We love that STORY takes an entirely different approach to retail, and we were really intrigued by the idea of Rachel weaving her favorite Target products into STORY’s holiday concept,” says Cornell, who has called STORY “beautifully curated.”

That too is an apt description. I actually prefer to visit STORY when Rachel is not there because then I can fully immerse myself in the experience. There’s so much to see and take in that I just zone out and wander in my own world. When I am chatting with Shechtman in the store, I find that I miss too much of what’s around me.

So I may not actually see Shechtman when I stop in to do my holiday shopping in the next few weeks. She’ll be busy enough: the average Saturday now has more than 2,000 people in her store.

One place I know I’ll see her for sure: at the upcoming Fortune Most Powerful Women Next Gen Summit in San Francisco. Rachel will be joining us in a panel on entrepreneurship, where she’ll talk about defying traditional retail models and inventing a new one. That’s exactly what she’s done—and big companies are taking note.