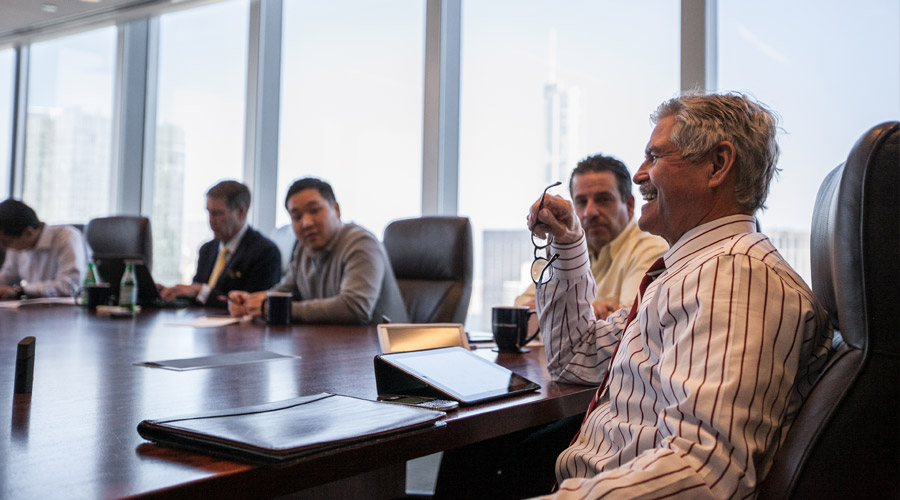 Bryan Cressey is one of private equity’s most experienced healthcare investors, having helped co-found GTCR back in 1980 (he was the “C”). He currently serves as founding partner of Cressey & Co., a Chicago-based firm that recently raised $615 million for a new fund that will focus on platform opportunities in the healthcare services and facilities sectors.

I spent some time on the phone yesterday with Cressey, and had three takeaways:

1. Cressey is watching what the Supreme Court does (or doesn’t do) with the Affordable Healthcare Act, but says that the law is largely irrelevant to his firm’s target area. He explains: “We’re investing in providers and the provision of healthcare has not been changed too much by ACA. It was more about insurance benefits and moving some of it to exchanges. The provision of regular healthcare and reimbursement for it is just like it has been for a long time… But we do have regulatory cyclicality outside of ACA. We break down our market into around 60 sub-sectors, and you’ll see regulators decide something is very valuable and deserving of high reimbursement, and then 10 years later no longer needs as much reimbursement. We see that all the time.”

2. The two sub-sectors where Cressey sees particular opportunity right now are home nursing and hospice care. “Not everyone agrees with us, particularly because there will be reimbursement cuts in home nursing over the next couple of years, but we feel those cuts will diminish and the industry will continue to grow… On hospice, it saves a lot of money because it is mostly provided in the home and decreases major end-of-life surgery expenses.”

3. Fundraising: Cressey & Co. raised $385 million for its previous fund and $615 for this one, but both were marketed with the same $500 million target. “We raised the last one in the nuclear winter of 2008 and 2009, so things were obviously better this time around.” Also worth noting that the $615 million includes $550 million of outside LP commitments and $65 million from firm partners.