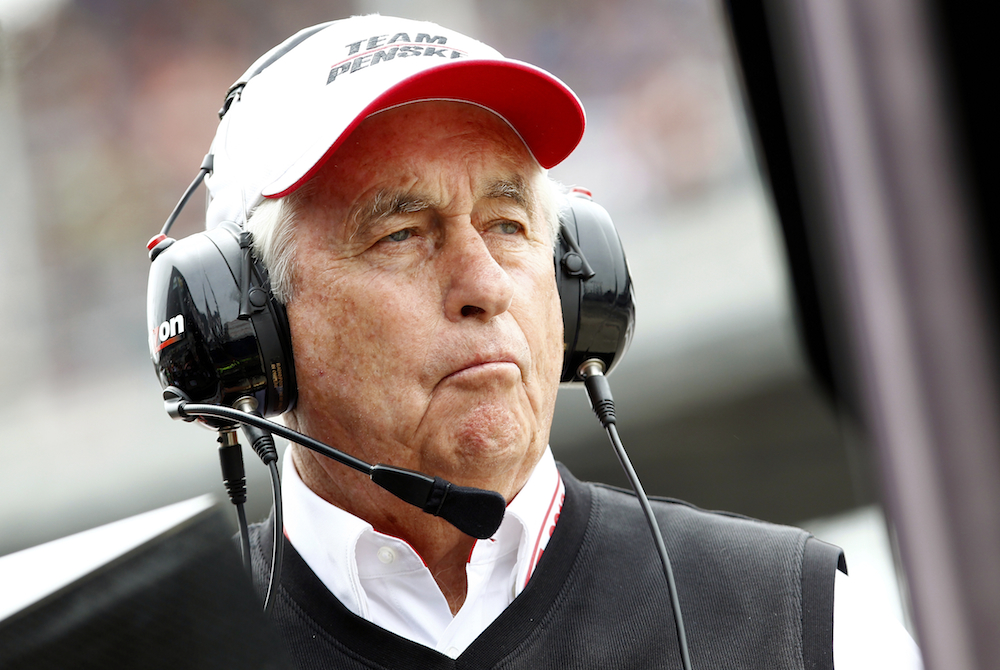 One wouldn’t expect a man who heads an automotive fiefdom with revenues north of $19 billion, whose very name is synonymous with speed, to consider the road not taken. But sometimes Roger Penske wonders what might have been if he had accepted an invitation to try out for the Indianapolis 500.

That was back in 1965, when the 77-year-old was just a 28-year-old Lehigh grad from Shaker Heights, Ohio, and a driver on the brink of superstardom. After making his professional debut—in which, as a rookie in 1961, he’d claim the checkered flag in three consecutive events on the way to earning a Sports Car Club of America championship—he won eight more races over the next three years.

For any other driver, an Indy 500 tryout would be a big breakthrough. But for Penske it was just another business decision. Besides racing, he already had a day job with Alcoa selling aluminum and had just bought a Chevrolet dealership. The Indy test would have cost him not only time on the job at Alcoa, but also threatened his ability to pay back the $75,000 he had borrowed from his father to start the dealership. “He was retired and went into his savings account,” Penske says. “I couldn’t be at the racetrack risking whatever I had personally and let my parents down.” The debt was huge by the standards of racing pay at the time.

So Penske climbed out of the cockpit and left his once-in-a-lifetime opportunity to a driver named Mario Andretti. A year later, after establishing himself off the track, Penske started his own race team. Picking out his team was as easy as looking for the young guys in matching crewcuts and coveralls attending to the most immaculate car on the grid. “We just wanted to be different,” says Penske, whose fixation with order and neatness traces to the three summers he spent in military school as a youth. “The preparation—the way we look—is key.”

His team went on to distinguish itself in another way—by winning. In 1972 a Penske driver claimed the team’s first Indy 500 victory. A record 15 such triumphs would earn a prestige that Penske’s other businesses could ride. “That’s probably one of the most watched racing shows in the world,” he says. “It’s a tremendous impact on your brand.”

Not long after establishing that first Chevy dealership, Penske bought a cluster of truck-leasing companies. Instead of going to banks to raise capital to expand, Penske converted his sponsorship relationships with Fortune 500 companies such as General Electric (GE) and General Motors (GM) into off-track partnerships and grew his regional operations into national networks. Today, Penske Truck Leasing comprises more than 200,000 vehicles across 1,000 locations around the world.

That unit is just part of the broad portfolio of the privately held Penske Corp. The company owns a third of Penske Automotive, which is publicly traded and has more than 300 auto and truck retail franchises in four countries; it’s on track for more than $17 billion in revenue in 2014.

The stories of Penske’s catering to his customers are legendary. One that still sticks out dates to the 1990s: When an engine manufacturer he once owned was late in shipping fuel injectors to a Mercedes plant, he piled them onto his Gulfstream IV and delivered them himself.

Roger Penske gets set for a Sports Car event in the early 1960s.Photo By: RacingOne ISC Archives via Getty Images

The personal touch is a trademark. Penske makes a point of knowing what’s going on in the lives of his 40,000 employees. He also asks a lot of them. “I wouldn’t call him a hard coach,” says Penske Sprint Cup driver Brad Keselowski. “Because a hard coach would be one that tells you, ‘Look, you suck. You’ve got to get better.’ Roger is incredibly supportive—but very direct, to the point, no-nonsense, with his eye on the ball at all times.”

Penske’s habit of attracting high achievers is no coincidence. (“Our belief,” says Team Penske president Tim Cindric, “is that if you have a place that’s hard to get into, it’s usually a place that’s hard to leave.”) Nor is his determination to make Detroit as attractive a place to congregate as his own company. Penske was dismayed to see his adoptive city fall on hard times. But it wasn’t until Ford Motor executive chairman Bill Ford asked him to chair the Super Bowl XL committee that he found himself in a position to do something substantial for it.

Penske wasn’t just successful in making the auto capital cleaner and safer for what turned out to be a well-run Super Bowl. He hasn’t stopped tending to it either. Clean Downtown, an initiative he started with other business leaders, tasks 50 people with cleaning 200 blocks each day. Penske also recently bought the city 100 police cars and 23 EMS units, drafted designs for a light-rail system that will connect the city to the suburbs, and helped transform Belle Isle—a floating state park on the Detroit River between the U.S. and Canada—from an eyesore to a jewel.

The park hosts an annual race, the Belle Isle Grand Prix. This year, Hélio Castroneves took the checkered flag for Team Penske—one of 22 team records in its IndyCar and NASCAR divisions. Penske became one of the few owners to hold series championships in the Indy and Nationwide circuits at the same time. (His squad nearly took a Sprint Cup title too.)

It’s likely the near miss will only raise Penske’s standard for next year. He’s launching a new team in Australia’s version of NASCAR, which comes as Penske Corp. moves deeper into the Pacific Rim. “The sports tie-in has helped us,” Penske says. “We’ve used it as customer entertainment. We’ve used it as employee motivation internally. And we’ve certainly used it to demonstrate execution and quality. Those are things we can say are byproducts of a successful race team.”

Had Penske continued on his course as a driver, he might not have had more to show for it than a little money and a lot of great stories. Instead, as an owner, he’s earned a legacy as one of a vanishing breed: a true American industrialist.