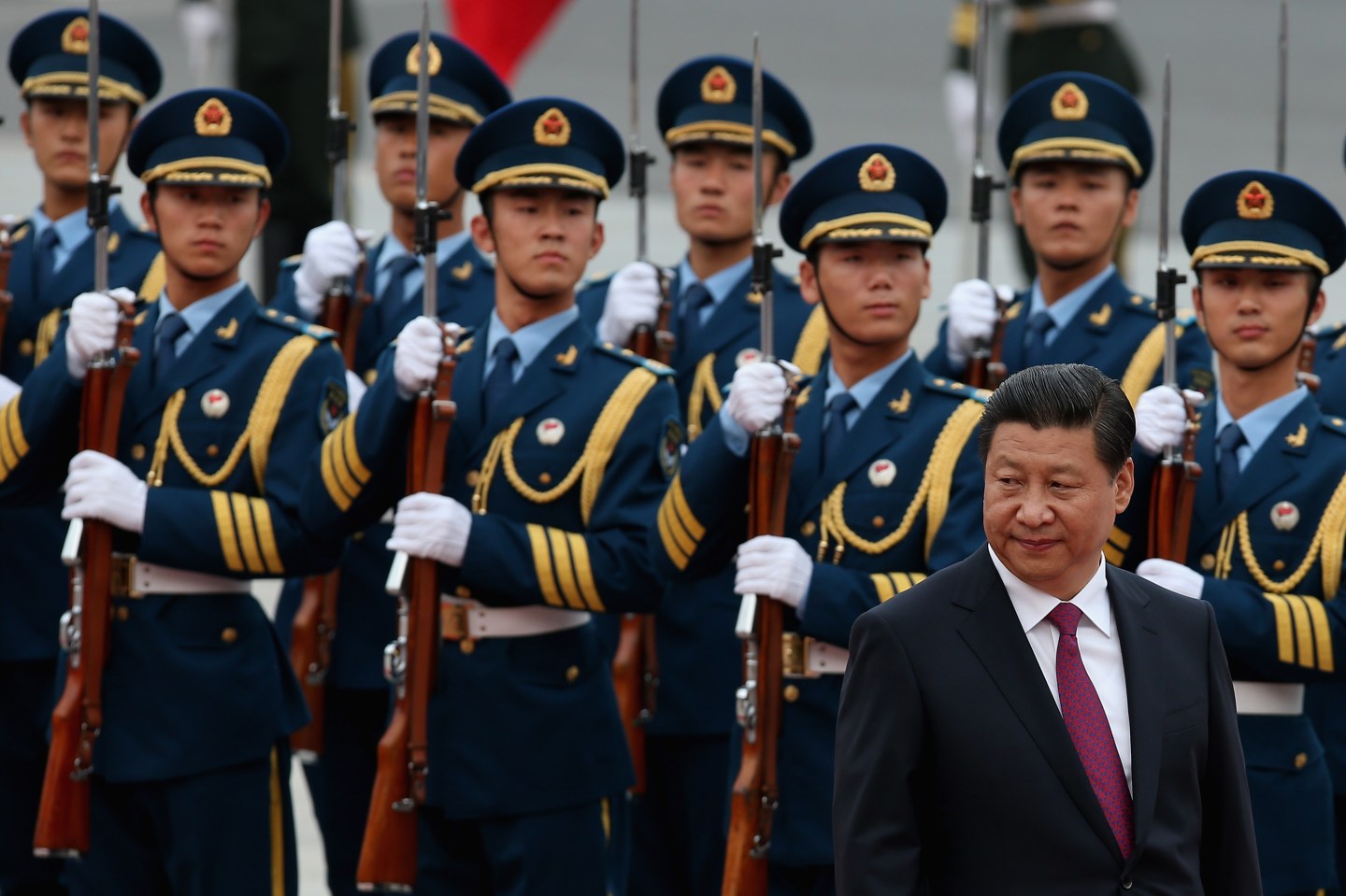 So much for President Xi Jin Ping’s much-vaunted anti-corruption campaign.

Transparency International’s annual index of perceived levels of corruption across the world is out Wednesday, and China has slid 20 places in the ranking to joint 100th, after posting one of the sharpest declines in its index score of all the countries in the survey.

That’s kind of counter-intuitive, given the vast energy and expense that Beijing has committed to a crackdown on the abuse of state funds and excessive consumption by officials, which has taken a huge bite out of the profits of Western luxury goods makers this year.

Xi’s campaign is now well into its third year, and the number of party officials investigated is now over 182,000, according to the Brookings Institute. It’s gone further and higher than any other campaign of its kind since the score-settling that followed the death of revolutionary leader Mao Zedong in the 1970s.

The arrests have included five serving members of the Communist Party’s highest organ, its Central Committee, and 32 officials at the rank of vice-minister or above, including top army officers and managers of the country’s oil sector.

So why is the country failing to convince international opinion that it’s cleaning up its act? One reason might be that, after years in which the authorities turned a blind eye to suspect practices in their eagerness to spread the benefits of western technology and consumer goods to the population, foreign companies have themselves started to come under much tighter scrutiny.

Companies as diverse as U.K. pharma giant GlaxoSmithKline Plc (GSK) and KFC owner Yum Brands Inc. (YUM) have been caught up in various scandals, while the country’s new antitrust authority has been handing out fines like never before to companies accused of over-charging.

Transparency’s index, which measures perceptions of corruption from various sources, also showed alarming declines in the scores of Turkey and Russia, the latter falling to 136th place in the rankings, level with Nigeria (and one place ahead of its embattled neighbor, Ukraine).

China’s performance meant that it fell below India, which rose nine places in the ranking to 85th and which, under Prime Minister Narendra Modi, is promising its own crackdown on bureaucratic corruption.

Another country to post a big improvement in TI’s rankings was Greece, It’s now risen to 69th place from 94th in two years, as the austerity plan imposed by the International Monetary Fund and Eurozone has bitten hard. The good news there is that it’s now only as corrupt…as Italy, according to TI.

As expected, the top of the rankings showed no real change from previous years, with the Scandinavian Goody Two-Shoes quartet of Denmark, Finland, Sweden and Norway taking four of the top five spots.

The U.S. edged up to 17th from 19th in 2013, level with Barbados and Ireland, and just ahead of Chile and Uruguay.

At the bottom of the list, Somalia replaced Afghanistan as the world’s most corrupt country, followed by North Korea.