Fed’s Stanley Fischer: We still need to deal with the shadow banks 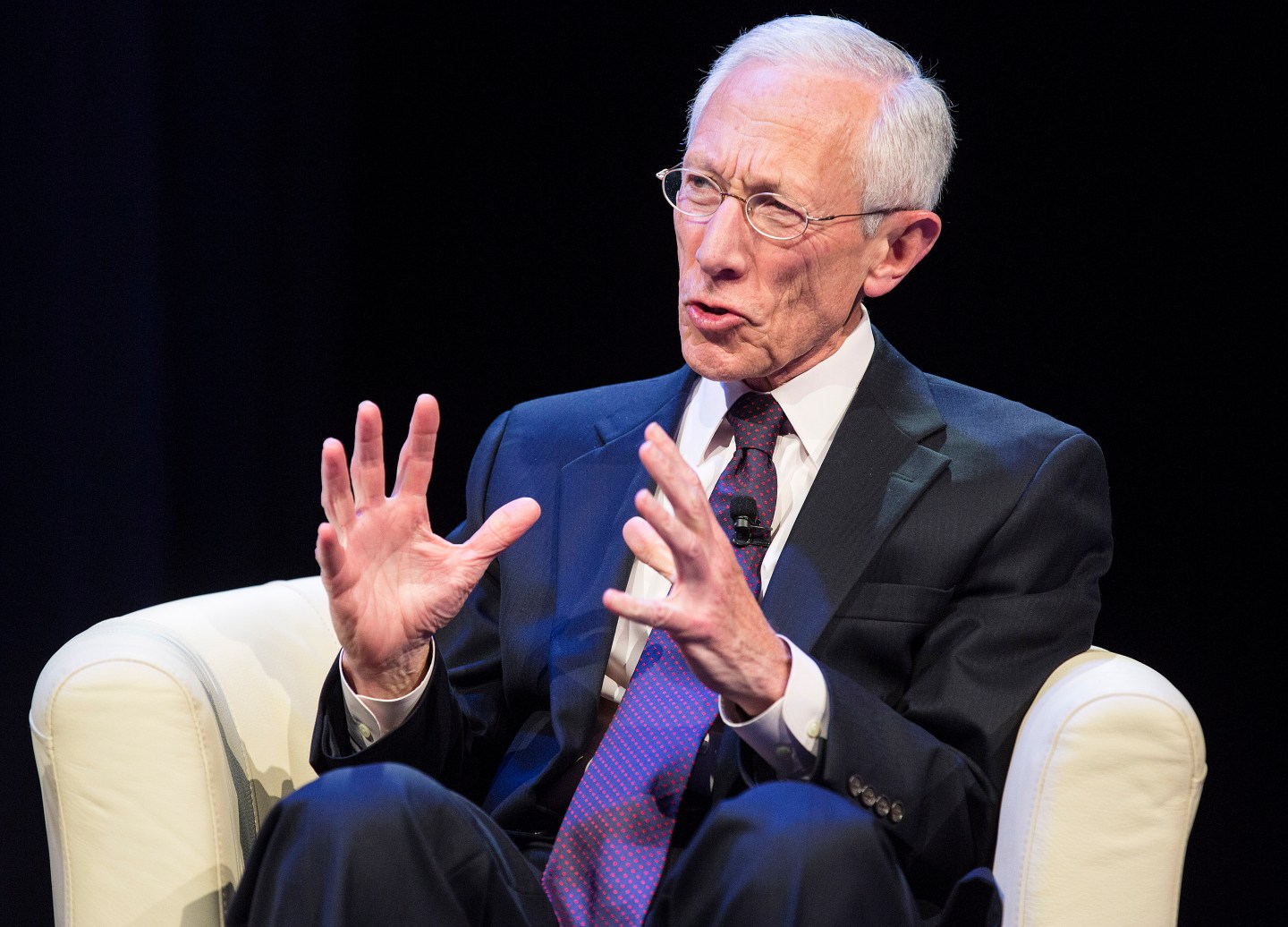 The Federal Reserve is planning on digging into the darker parts of the U.S. financial system.

Stanley Fischer, the vice chairman of the Federal Reserve, indicated on Monday that he would like to see the U.S. central bank and other regulators do more to rein in the U.S.’s large shadow banking system. Fischer said that shadow banks make up about 80% of the banking sector in the U.S. He said that’s large compared to other countries, in which shadow banks generally make up about 20%.

“We have not started to deal with the problem of shadow banks,” he said.

Fischer made these comments at a symposium to mark the 100th anniversary of the Federal Reserve system, which was hosted by the Council on Foreign Relations in New York.

Fischer said that defenders of the U.S.’s large shadow banking system claim that it acts like a back-up system if banks start to fail. He called this the “Alan Greenspan spare tire theory” of shadow banking. Some have claimed that America’s shadow banking apparatus has helped the U.S. economy, and the banking system in particular, snap back faster than the European financial system.

Fischer disagrees. “What saved the U.S. banking system is the speed with which the Federal Reserve and others responded to the financial crisis,” he said. “The U.S. did serious stress tests back in 2009, and the Europeans are just getting to that now.”

Fischer said the shadow banking system includes insurance firms, hedge funds, and other entities not normally thought of as banks. He said some of them—like insurance firms, and, to a lesser extent, hedge funds—are regulated. But others are not. He said the New York Federal reserve has been working on a document that maps out every major firm in the shadow banking system.

“It’s the most complicated map you have ever seen,” he said.

The point of the project is to figure out which, if any, of these firms have significant enough ties to the rest of the banking system that if they ran into trouble it would cause problems for the system as a whole. Fischer said the Fed plans to begin regulating as many of those firms as it has authority to do so. If it doesn’t, he said the Fed is likely to refer those names to the Financial Stability Oversight Council, which has the authority to regulate any firm that could cause a financial crisis.

The Fed vice chair also made clear that regulators shouldn’t fool themselves that the “too big to fail” problem has gone away. “Anyone who says we have solved too big to fail, really shouldn’t be a regulator.”