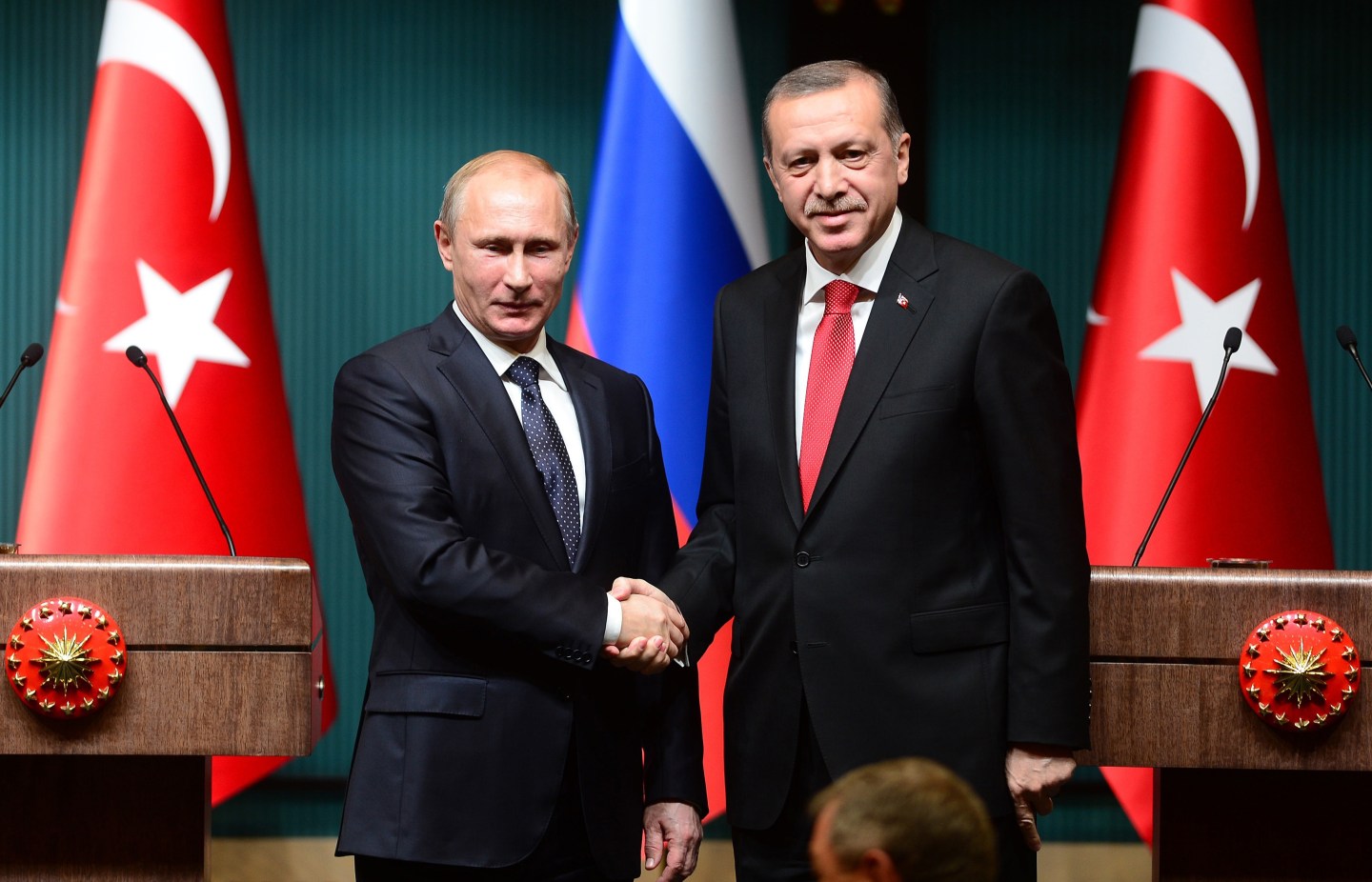 Russia’s attempts to wield influence in Europe through its energy exports have suffered a major setback, with the cancellation of a huge new pipeline that was intended to take Russia gas under the Black Sea to the Balkans.

President Vladimir Putin confirmed late Monday that Russia would stop work on the proposed South Stream pipeline, and instead expand an existing undersea pipeline to Turkey.

Conceived almost 10 years ago, South Stream was designed to bypass Ukraine and take gas to north-east Italy via Bulgaria, Serbia, Hungary and Slovenia, former Cold War allies which have all since either joined the E.U. or applied to join it. The project enjoyed substantial support in those countries, which saw it as protecting them from interruptions to supplies on the existing transit route through Ukraine.

However, South Stream ran into legal and political opposition from the E.U.: Russian gas monopoly OAO Gazprom’s control of both the gas and the pipeline broke European competition law, and European concerns about its dependence on Russian gas (it accounts for over a quarter of E.U. gas demand) have in any case increased sharply after the invasions of Georgia in 2008 and Ukraine in March this year.

The final blows to the project were both political and economic. The project was due to be 51% owned by Gazprom, but it was dependent for financing on its European partners – Italian oil and gas company Eni SpA (E), Electricité de France SA and Germany’s Wintershall. Although Gazprom hasn’t been included in either U.S. or E.U. sanctions on Russia over the Ukraine crisis, it has struggled to find western lenders to back South Stream.

The foreign partners were increasingly annoyed by the constant inflation of Gazprom’s cost estimates. Eni chief executive Claudio Descalzi was quoted as complaining after a meeting with Gazprom earlier this month that it would leave the consortium rather than accept a four-fold increase of its share of the costs.

At the same time, politics has turned against Gazprom and Putin in Bulgaria, after voters threw out the pro-Russian Socialist government this year and re-elected Boyko Borisov’s right-wing GERP party, which is opposed to the project. The Socialist government had awarded the contract for the Bulgarian stretch of South Stream to Stroytransgaz, a Russian company 31% owned by Gennady Timchenko, who is on the sanctioned list.

“We will have to review our participation in this project,” news agencies reported Putin as saying Monday. “We can’t start construction without Bulgaria’s permission: to build the sub-sea part up to the Bulgarian shore and then stop would be ridiculous.”

The big winner out of all this, says Russian energy expert and opposition politician Vladimir Milov, is Turkey. Not only will Gazprom’s second-largest customer get a 6% discount on the gas it already imports, but it will also be in a strong position to lobby to act as middleman, selling the gas into the E.U. at the Greek border. That’s a privilege Gazprom has never conceded before to either Ukraine or Belarus. The current “Blue Stream” pipeline from Russia to Turkey will be expanded to an annual capacity of 63 billion cubic meters, assuming Gazprom can raise the money, with only 14 bcm of that intended for the Turkish market.

In addition, Turkey will enjoy a much stronger negotiating position as neighboring Azerbaijan and–if sanctions are loosened one day–Iran look to ship their gas through it to the European market.

The big loser, it would seem, is Gazprom, which has already sunk $5 billion into the project, according to the newspapers Vedomosti and Kommersant.

The E.U., meanwhile, may find its victory is a pyrrhic one. It may reduce its dependence on Russia, but if and when its economy finally starts growing again, it will have to find alternative supplies, which may well be more expensive.

In the meantime, it has only upset countries such as Austria and Hungary, which are already unhappy at the impact of sanctions on their economies, as well as Serbia and Bulgaria, who have fewer concerns about Russia’s geopolitical strategy than Brussels.