Apple and the crisis of disruption 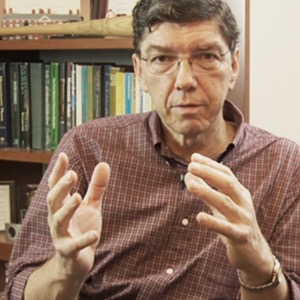 He may have been right about disk drives, mechanical excavators and steel mills. But Clayton Christensen, whose theory of disruptive innovation underpins much of current business management thought, was wrong about Apple.

Not just in 2006, when he foresaw the imminent demise of the iPod. Or in 2007, when he said that the iPhone would not succeed. Or in 2012, when he predicted that Apple’s integrated iPhones and iPads would succumb to Samsung’s and Google’s modular approach.

Christensen has been taking his lumps lately, and not just in the blogosphere. In June he was attacked at length in The New Yorker by a fellow Harvard academic, Jill Lapore, who cataloged errors and oversights in his seminal texts: The Innovator’s Dilemma (1997) and The Innovator’s Solution (2003).

Lapore was largely dismissed in tech circles as a history professor who knew little about managing high tech and less about the nature of academic theories.

Not so easily dismissed are more recent critiques by tech experts like Ben Thompson (What Clay Christensen got wrong) or Ben Bajarin (Disrupting Disruption Theory) or Jean Louis Gassée (Clayton Christensen becomes his own devil’s advocate).

Or, for that matter, Horace Dediu, one of Christensen’s most prominent defenders.

Dediu has made a career of popularizing Christensen’s ideas, spreading the gospel of disruption in his Asymco blogs, his Critical Path podcasts and his Airshow padcasts. The theory, he says, draws its narrative strength from one of mankind’s oldest stories: The rise of the underdog. David and Goliath. The weak defeating the strong.

Yet in a discussion on Bajarin’s Techpinions podcast last month, even Dediu had to admit that Christensen’s theory must be adapted to fit the market for consumer tech. “When it comes to consumers,” he says, “there are some twists to the plot.”

The problem, Thompson, Bajarin and Dediu all agree, is that the theory emerged from an analysis of business-to-business markets where purchase decisions are made by business managers, not consumers. Business managers tend to make rational decisions that have more to do with dollars and cents than with the experience of using a product.

Consumers care about dollars and cents too, but they also care about a host of other factors — things like ease of use, brand loyalty and what their friends are using. Marketing departments spend millions to understand the subtle differences that make consumers buy one product and not another. It’s a well-studied field. Most tech companies, however, know nothing about it.

“What Apple figured out,” Dediu says, “is that if they learned just 10% of what is known about how consumers behave and applied some of that theory to their products, they could make them more desirable to average people.”

It helped, according to Dediu, that Steve Jobs was an “instinctive disruptor.”

Dediu is bullish about Apple Watch, even though the attraction of the luxury watch market escapes him. He already finds himself at sea in contemporary shopping malls, where there is almost nothing he wants to buy and where 95% of purchase decisions are being made not on the basis of functionality, but for purely psychological reasons.

“Why are people in this shop and not the shop next door that seems to be selling the same products?” he asks toward the end of the podcast. “These things are mysterious to me.”

If you’ve got 108 minutes to spare, there are worse ways to spend Black Friday. Or Cyber Monday.