How Marvel is opening up its universe to women and minorities 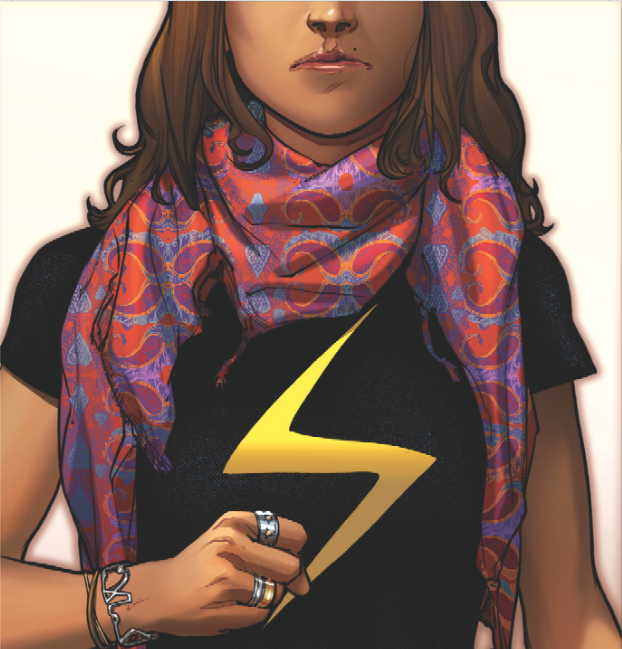 What will it take for comic books to move from cult niche to universal entertainment? Marvel has a plan — and it involves deviating from their standard cult niche characters.

Last month, at a special event in Hollywood—one that Marvel Studios president Kevin Feige opened to fans, rather than the usual officials-only press conference—Marvel announced two new films in development: Captain Marvel and Black Panther. The former has a female lead, the latter a black male lead. The announcement by Feige, who landed on Fortune’s 40 Under 40 list in 2012, was only the latest example of Marvel highlighting more diverse characters.

The growing audience — according to Facebook data, women already comprise almost half of the fans of comics and their characters — is proving profitable. The renewed focus on diversity, along with the rise in digital sales of comics, has bolstered the comics industry at large to some $870 million in sales in 2013, according to Comichron. Meanwhile, Marvel’s parent company Disney (DIS) saw record revenues of $12.4 billion last quarter, thanks largely to merchandise from Frozen, a movie with two female lead characters.

“Women have been reading comics for a lot longer than people even talk about,” says Sana Amanat, an editor at Marvel who works on a range of titles including Hawkeye and Elektra. “But I think that female readership went away for a few years, and now they’re coming back, and they’re also being a lot more vocal.” Marvel is listening. And fans are listening, quite literally, to the podcast and to the panels, which happen at conventions like the New York Comic Con and San Diego Comic Con, where people line up hours beforehand for a seat. “The panels started really as an expansion on the fact that there are a lot more women working in comics now, and it came from the higher-ups wanting to have more diverse voices working at Marvel,” says Amanat. The podcast began this year as a monthly feature, but was popular enough that it is now weekly.

It was Amanat who re-imagined Ms. Marvel. The original Ms. Marvel character, Carol Danvers, first appeared in the 1970s, but in 2012 Marvel updated her name to Captain Marvel. “My senior editor wanted to make a push for a character and a book that he could give to his daughter,” says Amanat. “From there, it expanded into changing her entire look. Carol Danvers went from wearing, essentially, a bathing-suit and thigh high boots to full uniform—now she looks like she’s a fighter pilot, and we focus more on her skills as a fighter pilot than her feminine wiles.” This year, Amanat and Marvel re-created Ms. Marvel as a new, separate character: a Muslim-American teenager. That comic series launched in February and was a hit; the paperback collection of the first five issues, which came out in October, was a New York Times bestseller and is still rated no. 1 in all graphic novels on Amazon.

The launch of the new Ms. Marvel character, Amanat says, has inspired people across the company: “A few years ago, you couldn’t have a female-led comic series on newsstands and have it last. We were canceling those titles because they weren’t selling. And now we have a Muslim-American female character and not only is it selling, it’s a bestseller. That’s a big sign of how far we’ve come. And it has spurred this whole dialogue about the importance of having minority characters in comics, and even about what it means to American.”

Black Panther, typically cited as the first black superhero in comics, will make his film debut in 2016 in the third Captain America movie. Marvel announced that the character will also get his own movie, set for 2017 release. The actor Chadwick Boseman, who played Jackie Robinson in the movie 42, will play the character, named T’Challa, who, as the backstory goes, is the king of a fictional African nation, Wakanda.

In addition to print comics and films, Marvel is also addressing female and black audiences on television. Last year, it inked a landmark deal with Netflix (NFLX) to have five shows air exclusively on the streaming service. The first of them will be Daredevil, a blind lawyer already familiar to audiences from the 2003 Ben Affleck film. The second show in line will focus on a lesser known character: Jessica Jones, star of the comic Alias, who has the powers of super-strength and flight. Another of the five shows will focus on black muscle-man Luke Cage, who debuted in the 1970s.

That list of new and forthcoming projects is an exhaustive one, but it means more fodder for fans to get excited about. Marvel’s social media manager Adri Cowan knows it. “I think we have something like 27 different social media pages right now,” she says. “I’ve been focused on introducing the female characters to some of our young readers that may not know them.” Cowan, a former community manager at Google, created the Women of Marvel Instagram account shortly after she joined the company one year ago. She uses it for everything from single panels of female characters like She-Hulk (Cowan’s caption: “morning motivation,” plus a bicep emoji) to photos of female Marvel employees working at their desks. “We like to showcase some of the different roles women have here, but the account exists to promote the characters,” says Cowan. “I think a lot of it has been educational. What I wanted to do with this Instagram, and what we all wanted to do with the podcast, was create a welcome space for anyone who might be considering picking up these comics and becoming fans of the female heroes.”

All of this outreach comes after years of missteps that made the comic book community seem not always welcoming of its female fans. For instance, the art in some comics has repeatedly been criticized for highlighting its female characters’ sex appeal over storytelling. Last summer, a variant cover of Marvel’s new Spider-Woman series raised eyebrows for its depiction of Spider-Woman on her knees atop a skyscraper, posed in an anatomically bizarre contortion. Two years before that, a popular meme showed how ridiculous male superheroes would look if they were drawn the way female superheroes are—that is, more like eye candy than empowered role models.

With Marvel rolling out so many new titles aimed at more than the stereotypical male comic book geek, and its competitor and peer DC making strides as well (the company just announced a 2017 Wonder Woman movie), it’s a happy time for fans of comic books, and for fans of the growing industry.