10 American cities with the highest rents 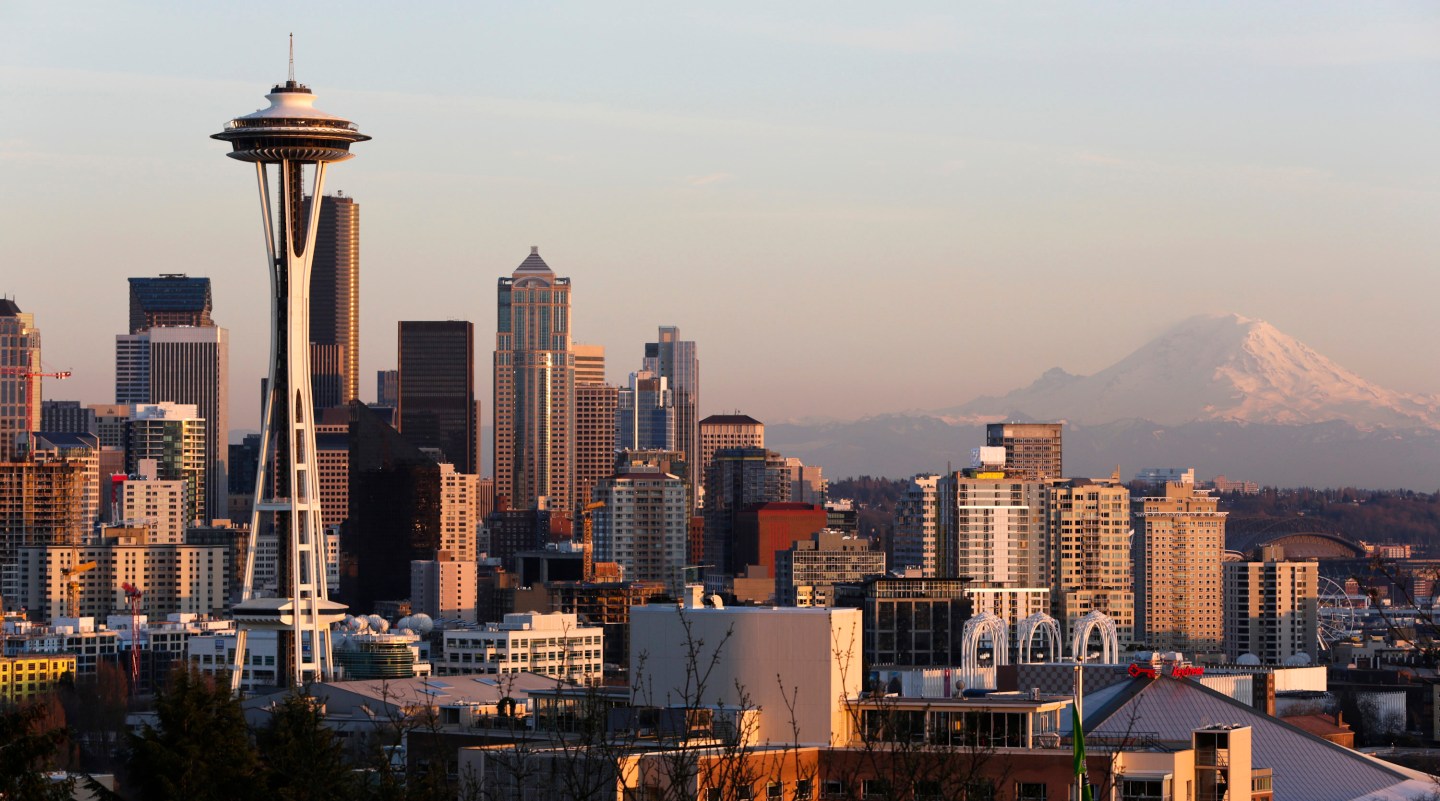 The Space Needle and Mount Rainier are pictured at dusk in Seattle, Washington March 12, 2014. Protected by mountains on three sides and cooled by blasts of fresh ocean air, the capital of the Pacific Northwest is a summer haven for book readers, coffee-drinkers and outdoor adventurers who don't want to stray too far from a good dinner. Picture taken March 12, 2014. To match story TRAVEL-SEATTLE/ REUTERS/Jason Redmond (UNITED STATES - Tags: TRAVEL CITYSCAPE) - RTR3KSWD
Photograph by Jason Redmond — Reuters

In addition to the price of a beer at Fenway Park, Bostonians—and esteemed guests of Fenway alike—now have something else to complain about: Boston has the highest rents in the country.

Taking the most recent Five-Year American Community Survey (ACS) data released by the U.S. Census Bureau in late 2013, FindTheBest discovered which U.S. cities have the highest rents. Defining a high rent conservatively to be a contract rent (i.e., excluding utilities) of more than $1,500 per month, FindTheBest identified where rents are more likely to take a big bite out of your paycheck. (FindTheBest is a website that collects information and contextualizes it with data.)

These major U.S. cities—all with more than 500,000 residents—have the greatest proportions of high rents in the country. You can tap anywhere on the table to explore a given city in more detail.

Where Are the Highest Rents? | FindTheBest

The West Coast has been supplanted in at least one regard. Although four of the five richest cities in America—and six of the top 10 here—are on the West Coast, Boston has the most expensive rents. Moreover, it’s also the only East Coast city in which more than 30 percent of rents are over $1,500 (48.8 percent).

A list of the top 10 cities for highest rents reads like a rap sheet of the usual suspects, with perennially expensive West Coast metropolises San Francisco, San Diego and Seattle interspersed with East Coast behemoths like Washington D.C. and New York City.

In general, cities with greater population densities tend to have higher rents, as seen in the scatter plot below. The reality, however, is more complicated.

Among the 10 cities where rents are highest (again defined as the percentage of contract rents over $1,500), New York is both the most densely populated city (27,308 people/sq. mi) and the one with the highest proportion of renter-occupied dwellings (68.3 percent). Yet it’s not even in the top five for greatest proportion of rents over $1,500. Boston, on the other hand, has a 66.8 percent rental rate—the second highest on the list—along with the third-highest figure for population density (13,007 people/sq. mile). Cities with higher densities and renter occupancies tend to have higher rents, but it’s not gospel truth.

While Boston may be the most expensive place to rent based on our working definition, there’s a fair bit of nuance to the list. Denver and Baltimore, for example, have a relatively low percentage of rents over $1,500 (8.1 and 6.3 percent, respectively). In the next tier down ($1,001-$1,500), however, these two cities have percentages high enough to launch them into the top 10 within that next tier (19.6 and 19.5 percent, respectively).

With a mean of 12.7 percent and a median of 5.3 percent (the middle point in the data set), the percentages of rents over $1,500 are skewed upward toward Boston, San Jose, and San Francisco (the top three in that category).

Using $1,500 as a proxy for cities with the most expensive rents allows uncapped extremes to factor into the comparison. While considering the next-highest tier of rents ($1,001-$1,500) changes the picture somewhat, one thing is for sure: Boston wins out when it comes to extreme rents. And in Beantown, neither the beer nor the price of admission at a Red Sox game is cheap enough to get over that.

Read the story at FindtheBest.