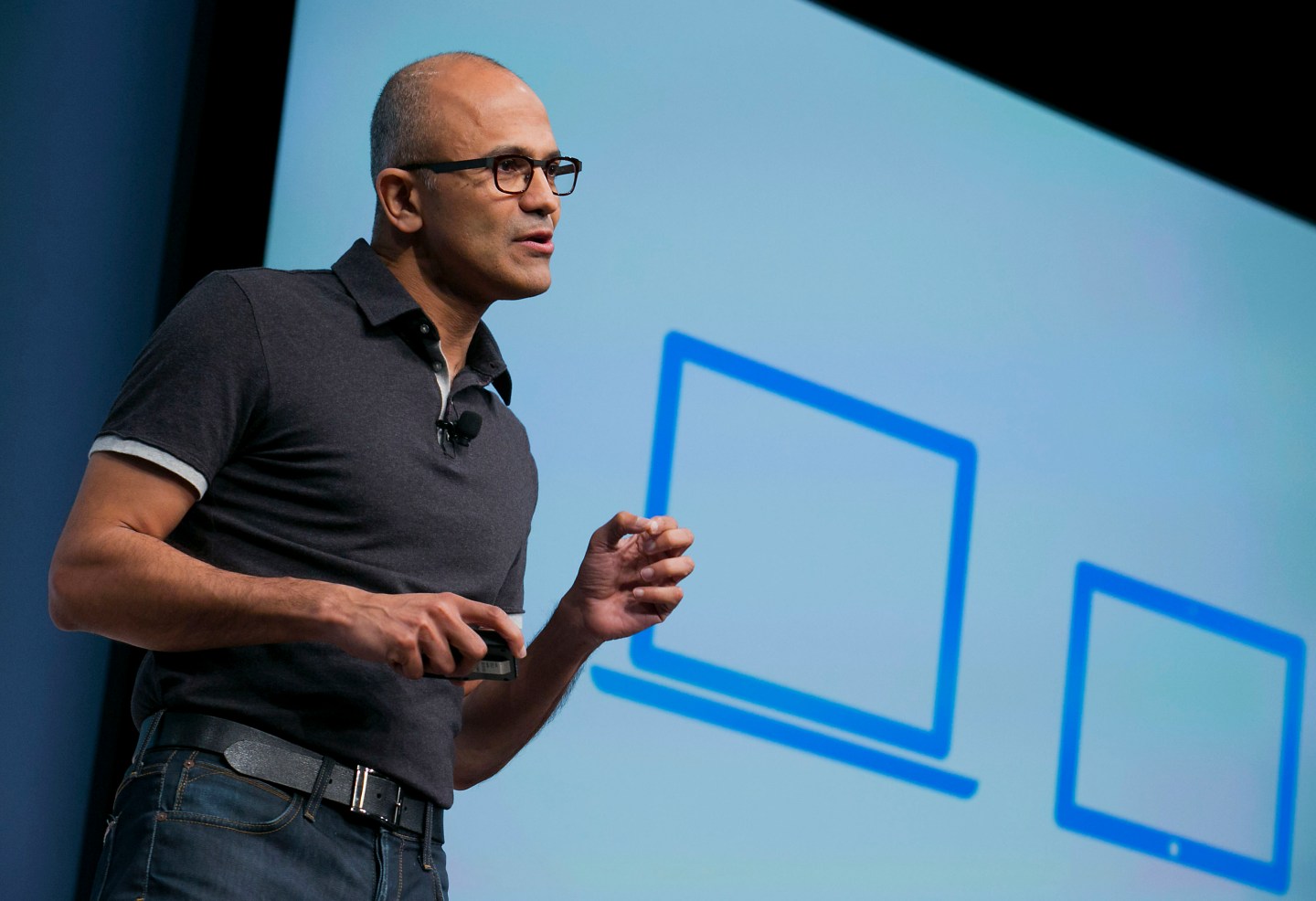 In the wake of Satya Nadella’s comments at our Grace Hopper Celebration last month, media, organizations, and individuals alike pounced on the Microsoft CEO’s words about women asking (or rather not asking) for a raise. Nadella’s comments sparked a much-needed national debate about compensation parity for women. Though the statement made was unfortunate, it was an eye-opening moment for the tech world, addressing a common, but not often discussed, obstacle in the industry. Beyond the pay gap, women should – and deserve to – be treated as equals in the workplace.

While the pay gap is easily quantifiable, and surfaces strong emotions especially among those who believe they are consistently undervalued, we must look much further than the pay gap issue and recognize the deeper issues that affect women technologists and their careers.

Both experience and research (moved link to “studies have proven” later in this paragraph) show that women are not hired at the same rate as men, are often promoted and recognized for their successes less often than men, and have fewer female mentors, sponsors, and role models. While this may be true in business overall, studies have proven that a diverse workforce can have a profound impact on both technical innovation and the corresponding business success. Even when women graduate and are hired in technical roles, they leave work at twice the rate of men, often citing career roadblocks within their companies.

These lesser-known obstacles and unspoken biases in the tech industry keep sharp, talented women technologists from accelerating their careers in computer science fields. The responsibility to foster change lies on both women technologists and the companies that employ them.

Here’s what can be done to retain and advance of women technologists.

A management team can make company diversity a priority by collecting, analyzing, and reporting diversity data, specifically as it pertains to hiring, retention, and advancement of women in technical roles.

For example, companies such as Microsoft (MSFT), Google (GOOG), and Yahoo (YHOO) apply annually to ABI’s Top Company for Women in Computing Award to obtain comprehensive benchmarking data that will help them create concrete goals for their companies. While many participating companies’ diversity data aren’t where we, or they, would like the numbers to be, ABI is giving these companies benchmarking capabilities so they have the knowledge and power to implement incremental change.

After recognizing the work that needs to be done, executives must commit to training managers in best practices and then expect them to be held accountable for retention to eliminate unconscious biases that may be lurking in company hierarchy.

In addition, to facilitate a culture of openness and acceptance, executives should offer training programs that raise awareness of and counteract unconscious biases that hold managers and employees back. Training programs can also provide development and visibility opportunities to women that enhance their technical skills and build their professional network.

Lastly, women technologists should seek support from peers and mentors, but oftentimes, they need the network of their employer to truly take advantage of all resources possible. Organizations should give women technologists avenues of support and communication via funding and encouraging participation in workshops, conferences, and other events for professional growth. Within the company, establish mentoring programs to provide advice on technical and career development. And finally, sponsor employee resource groups to provide opportunities for mutual support, learning, and networking.

The first step to improvement is to recognize that the lack of women in tech goes far beyond the pay gap; the pay gap is ultimately a symptom of a larger problem. However, with executive commitment to benchmarking and putting the right programs in place, companies can begin to work on keeping women in these careers. I recognize this process will take years, and often a complete overhaul of company culture, to entirely address and change these unspoken biases that have been holding women technologists back.

While Nadella’s comments on the gender pay gap in technology reverberated as an out of touch statement, it spurred a much needed conversation on the topic, internally at Microsoft and worldwide. Based on the emphatic response to the pay gap conversation, change is vital to keeping women in technical fields. That goes beyond examining and solving salary inequalities among genders. Tackling instances of gender bias and increasing diversity is imperative for organizations to foster innovation, and ultimately leads to positive outcomes in business performance.

Telle Whitney is CEO of the Anita Borg Institute.