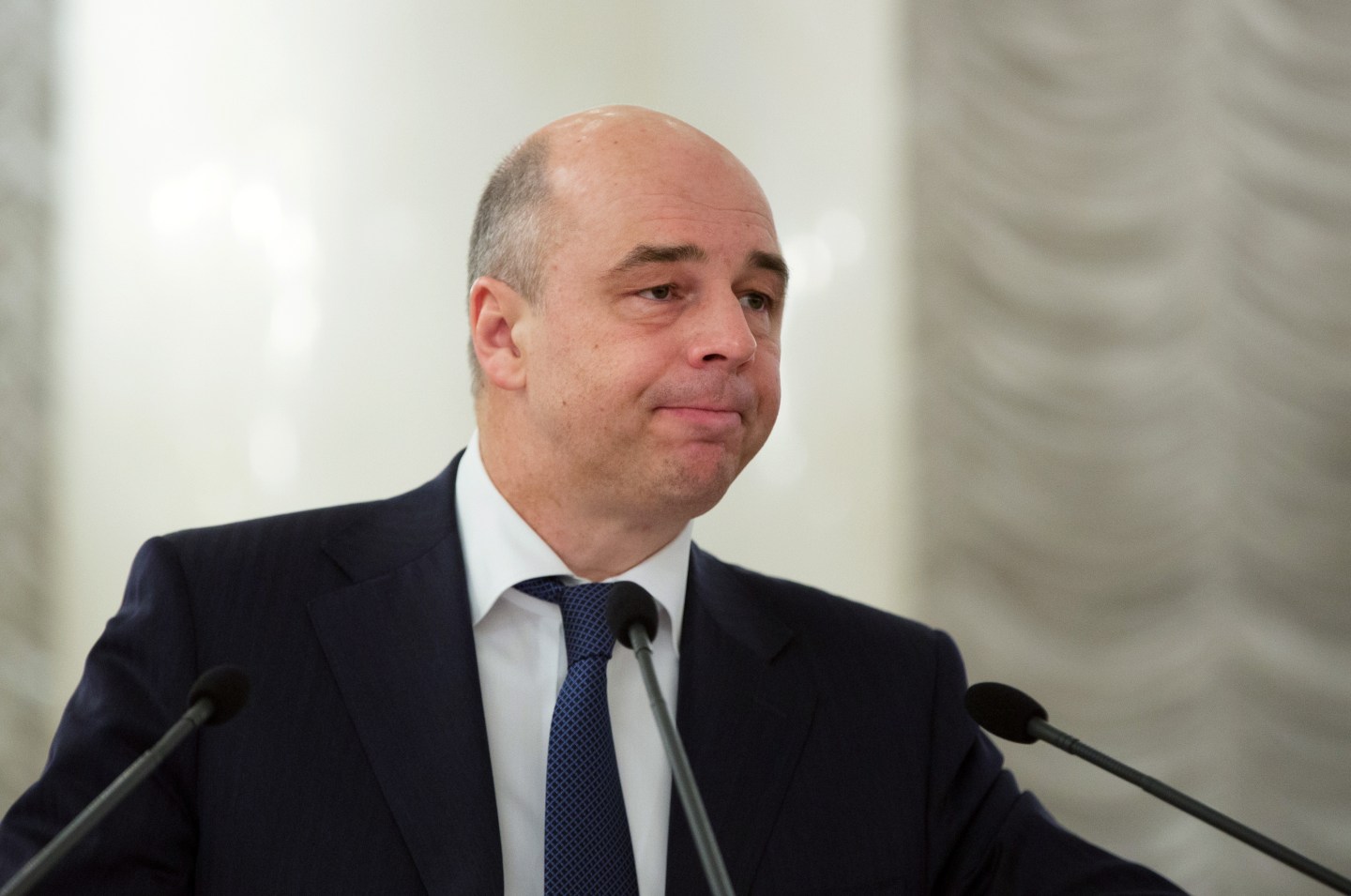 Russia’s Finance Minister said the combined cost of western sanctions and the recent fall in world oil prices to Russia’s economy this year would be a massive $140 billion.

“We will lose around $40 billion a year because of sanctions, and around $90-100 billion a year, if we assume a 30% drop in the price of oil,” Anton Siluanov told a conference in Moscow Monday, according to news agency reports.

Siluanov’s comments go against the grain of bravado from President Vladimir Putin and foreign minister Sergey Lavrov, both of whom have repeatedly tried to play down the impact of U.S. and E.U. sanctions in the wake of Russia’s annexation of Crimea and its sponsoring of an armed rebellion in the eastern provinces of Ukraine.

They are, however, consistent with Siluanov’s own earlier warnings about the need for Russia to tighten its belt and make big cutbacks in the light of the new economic reality. Siluanov has already warned that the big increase in defense spending earmarked for the next three years is unaffordable.

“If you’re talking about the consequences of geopolitics, they are, of course, substantial,” Siluanov said. “But it’s not as critical for the exchange rate and even for the budget as the oil price.”

Siluanov’s comments come on the eve of a crucial meeting of oil ministers from the Organization of Petroleum Exporting Countries in Vienna, which will focus on the alarming slide in oil prices since the summer. In a weekend interview with ITAR-TASS, Putin insinuated that the U.S. and Saudi Arabia had conspired to drive up global supply well beyond actual levels of demand, in order to weaken the Russian economy. Somewhat confusingly, he later added that “maybe the Saudis want to ‘kill off’ their competitors” in the U.S. shale oil sector.”


Russia isn’t a member of OPEC, but depends on taxes from oil and gas companies for some two-thirds of its budget revenue. A draft for next year’s budget, approved in September, assumes an average oil price of $100 a barrel, while banks such as Goldman Sachs and JP Morgan Chase & Co. think it will be nearer $80.

Barred from western financial markets, the government will either have to cut spending or raise taxes to keep the deficit down to its projected 0.6% of gross domestic product, or borrow at increasingly expensive rates from domestic savers and institutions. The yield on the government’s 10-year bonds has risen to 10.12% as of Monday from 7.71% at the start of the year, as the ruble has depreciated by 30% against the dollar.

Russia’s central bank earlier this month cut its forecast for growth next year to zero, after having to raise interest rates sharply to stop the ruble’s fall. GDP rose by only 0.8% on the year in the third quarter, although that was above economists’ expectations.

The ruble has rebounded sharply against the dollar in recent days as the central bank’s actions have started to gain traction and stem a wave of speculation. By mid-day in Moscow, the ruble was at its highest in more than two weeks against the dollar as oil and gas companies converted their export earnings back into rubles ahead of a routine tax payment deadline.