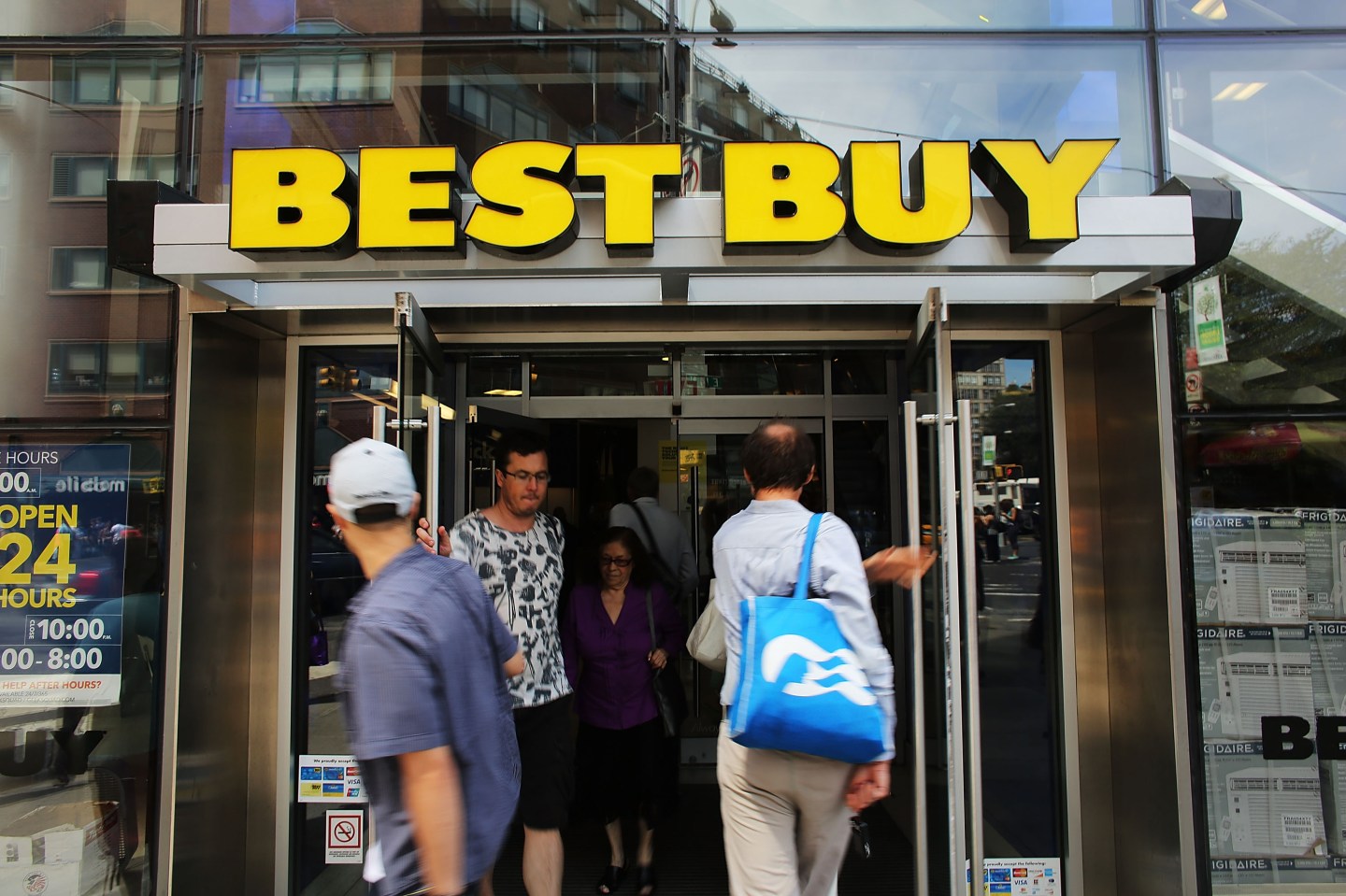 Best Buy (BBY) pleasantly surprised Wall Street on Thursday with an unexpected rise in U.S. comparable sales, and gave the broad outlines of its longer term plans to keep that momentum going in what it warned is still an intensely competitive consumer electronics industry.

The retailer’s shares jumped 9% premarket after it reported U.S. comparable sales rose 2.2%, while analysts had been expecting a 2% drop. Overall sales rose 0.5% to $9.38 billion for the three months ended Nov. 1.

Best Buy has been working in recent years on its “Renew Blue” project to make its way through an environment in which consumers are buying more and more of their electronics online at sites like Amazon.com (AMZN) after browsing at its stores. A big part of its efforts has been to open stores-within-a store to showcase certain brands like Samsung or Sony, and in categories like home theater.

He pointed to the high promotional environment (Wal-Mart Stores (WMT), for one, has been particularly aggressive with TV prices), and the high proportion of low-margin/high-competition products like tablets in its assortment. Joly also mentioned a potential disruption of supplies related to labor strife at West Coast ports as well as the risk of limited availability of some recently launched hot items. (He didn’t mentioned the iPhone 6 by name, but everyone expects Apple’s (AAPL) smartphone to do extremely well in the holiday season.)

Recognizing how delicate Best Buy’s newfound momentum is, Joly, who took the reins in 2012, warned investors that operating income would be pressured next year by investments the company is making to keep fending off rivals.

He said Best Buy needs to win in areas like ultra high definition TVs, connected home devices, wearables, and more away from areas where consumer electronics are essentially commodities. He also wants Best Buy to do a better job personalizing ads.

“It is imperative that we aggressively invest against these initiatives,” Joly told Wall Street analysts. “We have to lead.”