For Amazon, cloud wars heat up 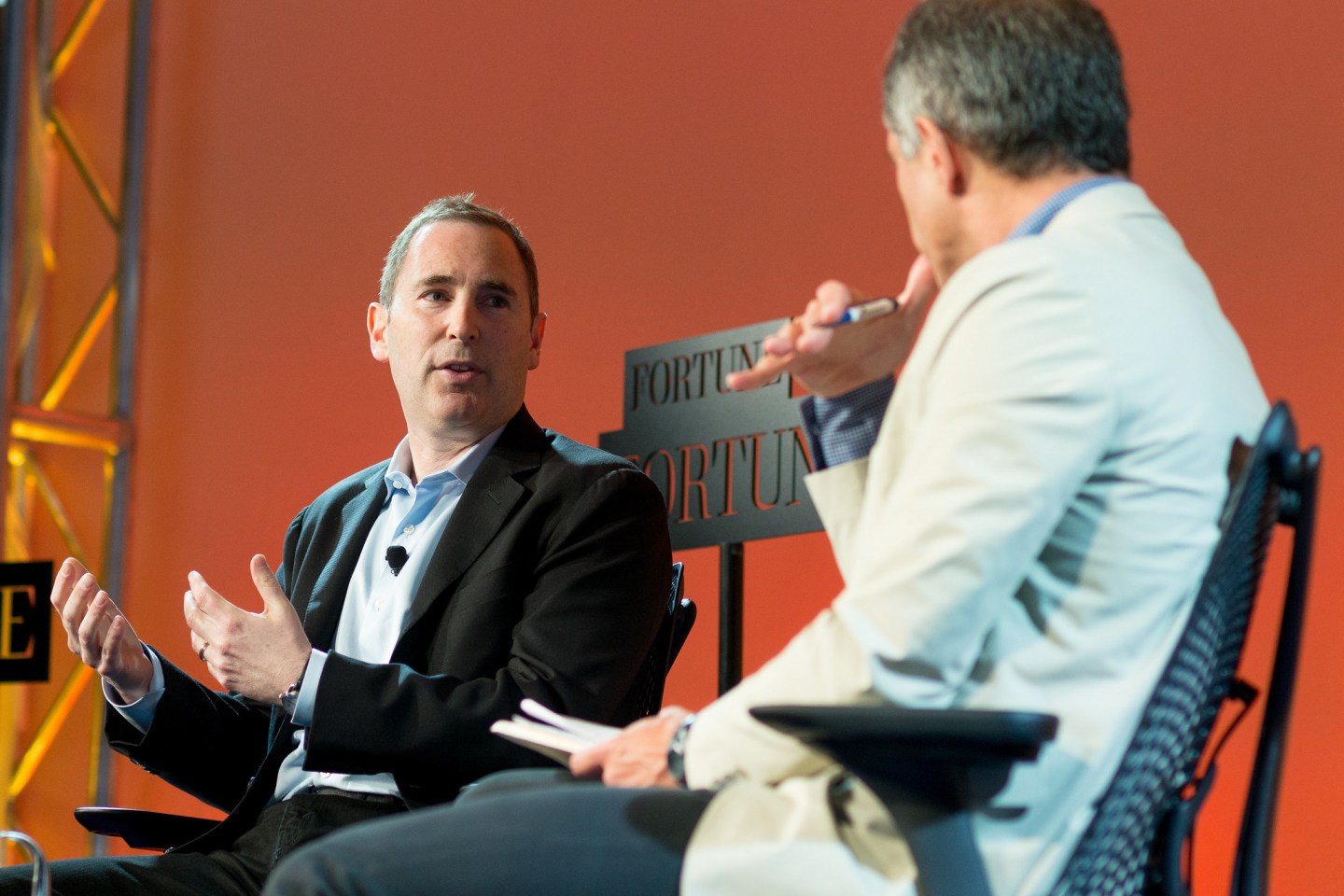 To avoid the hassle of operating data centers, many companies hand the job off to Amazon. In addition to being the biggest online retailer, Amazon has built a giant business of renting servers to customers that need computing power to crunch numbers, stream movies and process orders.

But Amazon, the leading so-called “cloud services platform,” faces an increasingly stiff challenge. Rivals like Microsoft are slowly gaining ground in what is a key battleground between some of the technology industry’s biggest companies.

“Cloud platforms are the service of choice for modern software, which means that all the big businesses who have a significant stake in app development or distribution are getting into this space. They have to,” says James Staten, a Forrester Research analyst.

Amazon’s Web Services, the name of its data center arm, controlled up to 75% of the global cloud platforms market in 2013, according to Forrester Research analyst James Staten. But that share is expected to drop to around 65% by the end of this year.

Meanwhile, Microsoft, a distant second in the race with what is known as Azure, had 15% of the market in 2013. That share is expected to climb to 25% by the end of the year.

The potential for cloud computing remains huge. Corporations could spend as much as $235 billion on it in 2017, more than triple the amount they spent in 2011, according to IHS Technology. It’s no wonder then companies like Microsoft, Google, Salesforce, SAP and Oracle are ramping up efforts to meet demand.

Created in 2006, Amazon Web Services gambled early on the idea of building data centers that stored and processed information for other businesses. Now that data center division, which is estimated to generate around $5.5 billion in revenues this year, has over 1 million customers like NASA, Netflix (NFLX) and Spotify.

Microsoft (MSFT) pushed into the so-called “cloud” long before Satya Nadella became CEO in February. But it was Nadella who championed a more cloud-focused strategy inside the company.

Signing up data customers is critical for Microsoft, which has had huge success in selling software for personal computers but has stumbled as people have shifted to mobile devices. The company is betting that business services like Azure are a big part of its future.

Microsoft is trying to close the gap through lower prices and by rapidly introducing new features. Jeffrey Hammond, a Forrester Research analyst, said that Azure is easier to learn for new customers that lack technical experience.

“I think that’s often how developers feel,” Hammond says. “There are a lot of different choices, and it’s not always clear what the best thing to do is.”

Still, Amazon Web Services remains the platform of choice for startups such as Spotify, Airbnb and Pinterest. Azure, meanwhile, is more popular with larger companies such as Xerox (XRX), eBay (EBAY) and McKesson. (According to Staten, more startups are starting to use Azure, but in many of those cases, the startup has some prior history with Microsoft.) Both platforms must round out their services more to fuel growth.

Microsoft is marketing its cloud as being more flexible than Amazon’s. Traditionally, Amazon’s servers hosted and processed the vast majority of their customers’ information. Microsoft, in contrast, uses a more “hybrid” approach in which customers can store and process some of their data with Microsoft while doing the rest on their own servers. That’s appealing to customers that want more ownership over their information but still want some of the cloud’s benefits.

Microsoft’s “hybrid” approach could prove more lucrative, at least in the near-future. By 2017, Gartner estimates that nearly 50% of all large enterprises in the U.S. will run off some kind of hybrid cloud set-up. Even Amazon gets the appeal. Earlier this year, Amazon CTO Werner Vogels said his company would offer some tools to help customers go hybrid if that is what they want.

“What we’re ultimately seeing here is huge change,” says Hammond, comparing the move to cloud services to the rise of the Web.

For Amazon Web Services, Azure and others battling for the cloud platform market, the trend signals something they already know: Game on.