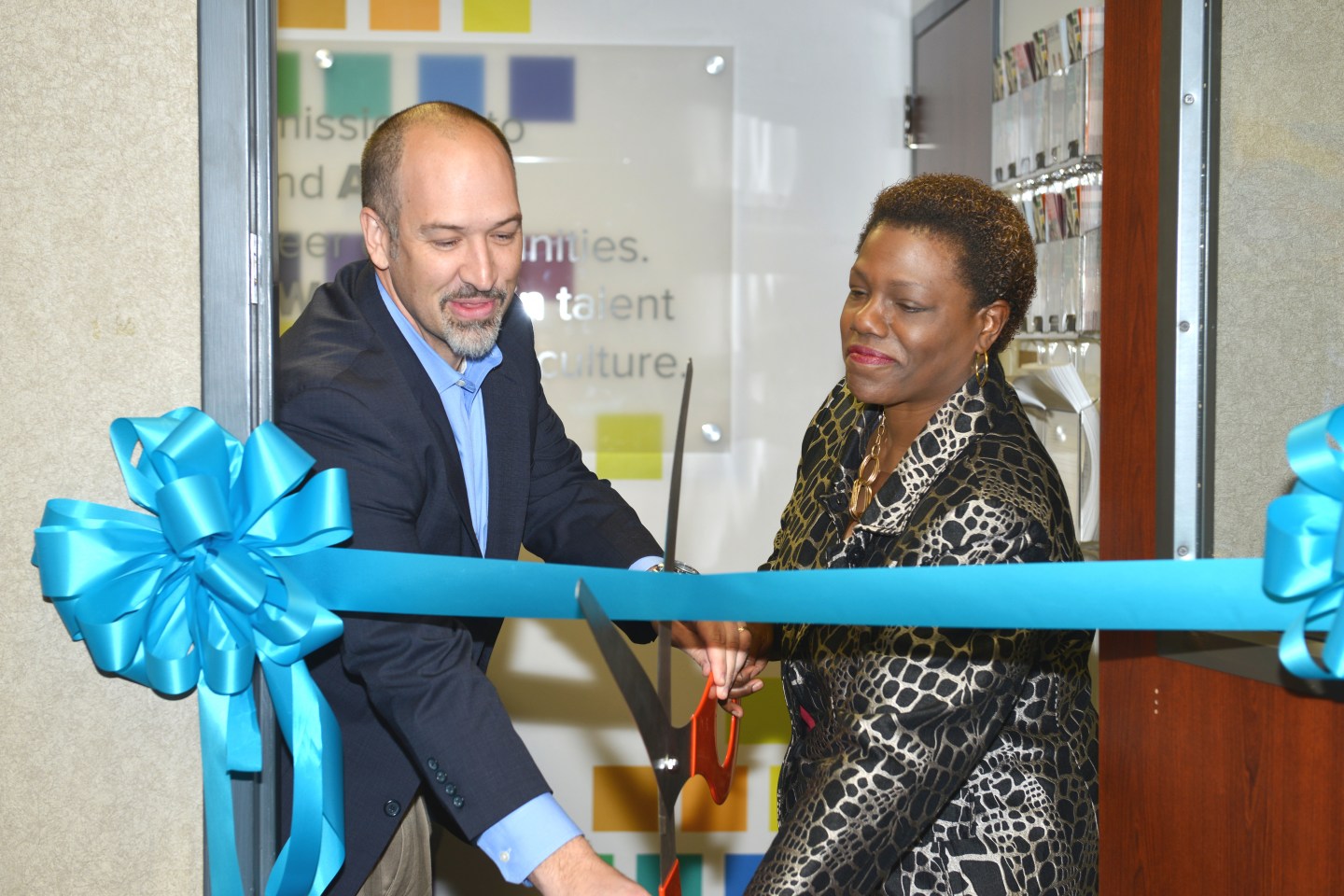 When Teresa White was Aflac’s chief administrative officer in 2008, her grandmother Annie Bell Lewis came to visit. After stepping into her granddaughter’s office and taking a look around, she handed White a disposable camera from her purse and asked for a favor: She wanted a picture of herself sitting behind her granddaughter’s desk.

In that moment, White realized something. Her then 86-year-old grandmother could never even imagine herself in a job with a large office and grand desk. What’s more, when White started out, she too never aspired to become a prominent businesswoman. While growing up in Dallas with her single mom and sister, her mother made it clear that she needed to finish high school and graduate from college and get a job. But climbing to the top rungs of the corporate ladder seemed inconceivable.

Why? Like her grandmother, White never saw someone similar to herself in those roles.

“It is not because I didn’t think I was smart enough or didn’t think I had the stamina or the education,” she told Fortune. “It just was not something that was on the forefront of what I thought about.”

White’s inability to see herself in an executive position is a common experience still shared among women working in corporate America. After all, women comprise just 5% of Fortune 500 CEOs and 17% of corporate board members. Without role models that look like them, women like White fly through the corporate ranks without many peers with similar backgrounds. Now, after spending 16 years at global insurance giant Aflac, White was recently promoted to president of the company’s U.S. operations.

Comprising $5.6 billion of Aflac’s $24 billion global business, Aflac U.S. is the insurance firms biggest division. Aflac’s first female African-American president, White says she didn’t set out to be a leader among her community, she just wanted to do the best work possible. But now, she relishes the opportunity to demonstrate that not all executives look the same.

“I don’t know if I set out when I left college to say I wanted to be president or a CEO,” she said. “But I did choose leadership. When I was promoted, I realized how important it was to both women and African-Americans because people were emotionally moved by it.”

White sought out mentorship in Becky Davis, Aflac’s former executive vice president, who helped her to see things differently that she might have otherwise. Now that she is a position to mentor herself, White is encouraged by the diverse role models that young women working in business have to aspire to.

“There are a lot of opportunities for women today, and many women are choosing options that don’t look like the one I’ve chosen,” she said. “That’s a sign of progress.”