For video gamers and veterans, common cause to preserve war monuments 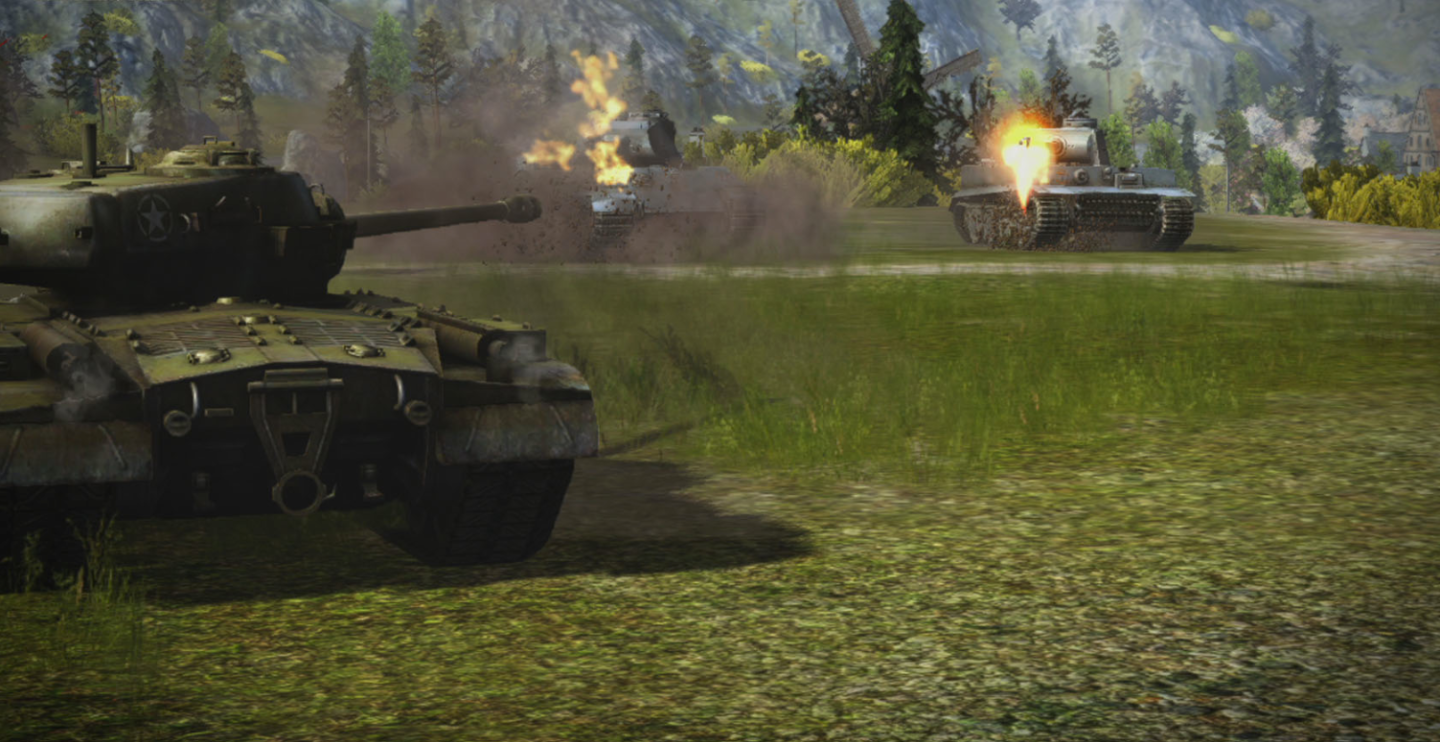 After decades of delivering World War II-themed PC games to its customers the old-fashioned way—boxed CD-ROMs sold at retail stores—Wargaming was one of the early Western video game developers to embrace the free-to-play business model devised in the East to combat piracy. The 16-year-old company, which is based in Nicosia, Cyprus, now has offices scattered across the globe and a series of popular multiplayer games that include World of Warplanes, World of Tanks, and soon, World of Warships. All allow gamers to virtually experience warfare firsthand while playing a game served over the Internet.

Increasingly, the company is toying with a new business model: giving a portion of its profits back to veterans and investing in the preservation of war memorials through museums and restoration projects.

On Tuesday—the Veteran’s Day holiday in the U.S.—Wargaming executives were at Pearl Harbor in Hawaii for the dedication of the new Shrine Room Wall at the USS Arizona Memorial. Wargaming worked with Amvets, a veterans support group, to raise more than $350,000 for the restoration, which cost $750,000. Amvets has long been affiliated with the memorial; the non-profit organization assisted with its initial fundraising (the wall was dedicated on May 30, 1962) and its replacement in 1984. Wargaming first worked with Amvets at the Medal of Honor Breakfast and Ball in January 2013.

“Gamers represent an important demographic that the National Park Service seeks to develop a deeper relationship with to preserve cultural heritage,” said Paul DuPrey, superintendent of the monument for the agency. “The NPS preserves and interprets many worldly significant battlefields and events featured in video games. We see the future as an opportunity to introduce gamers to efforts of memorialization, remembrance and respect for the men and women who have fought for our freedoms and protect our way of life.”

Chris Keeling, director of product vision at Wargaming (and a member of Amvets), said the company holds annual charity drive every May. On holidays like Veterans Day, the developer works to support military charities like Operation Supply Drop, the National Military Family Association, and the Battleship Texas Foundation.

“Because many members of our audience are military history enthusiasts, veterans, service members, and their families, we are able to use these in-game events to help these charities out with tens of thousands of dollars for their programs,” Keeling said. “We worked with the Battleship Texas Foundation team this past Military Appreciation Month and were able to help raise over one third of their total goal of turning the Battleship Texas into an interactive museum experience.”

Jay Cohen, general manager of Wargaming America, said each of the company’s games has its own team of historical consultants. Every vehicle that appears in its games is backed by extensive research, he said. Meanwhile, Wargaming works with museums around the world to recover, conserve, and exhibit vehicles used in World War II. For example, the developer partnered with the Royal Air Force Museum to recover and restore the Dornier Do17 Light Bomber and the Kubinka Tank Museum in Moscow to restore the world’s only surviving Maus, or Panzer VIII, tank. Both vehicles are found in World of Tanks and World of Warplanes.

“World of Tanks is one of the most popular PC games on the planet,” said Peter Warman, CEO of video game research firm Newzoo. “In the U.S. and Europe it ranks number two behind Riot Games’ League of Legends. In Russia the game is unrivaled as the number-one PC game.” He added that more than 90 million people have played the original PC version of World of Tanks this year, 20 million more than the number that played the game last year.

The version of World of Tanks for Microsoft’s Xbox 360 console has attracted more than 3.5 million gamers; the mobile version of the game has 8 million players. Across its portfolio, Wargaming has 110 million registered users, making it one of the most successful game publishers in the world. It has 3,600 employees and 16 offices worldwide, with plans to expand into Latin America. It’s estimated to finish this year with revenues of at least $400 million, according to the market research firm Superdata, and as much as $550 million, according to Newzoo’s Warman.

Which is good news for the war monuments that stand to benefit from the developer’s success. Wargaming is currently working with the USS Iowa Museum in Los Angeles to create an interactive experience utilizing video game graphics. It’s also in talks with the National World War II Museum in New Orleans to add video games to that growing exhibit space. Wargaming has a dedicated team that works with museums around the world and also produces film properties in relation to Wargaming’s archaeological and historical projects. It’s a noble goal—and if it helps sell games, all the better.

Correction, November 17, 2014: An earlier version of this article misstated the growth in users between 2013 and 2014 for the game World of Tanks. They have grown by about one-third, not triple.