How can startups attract women? Hire a head of HR 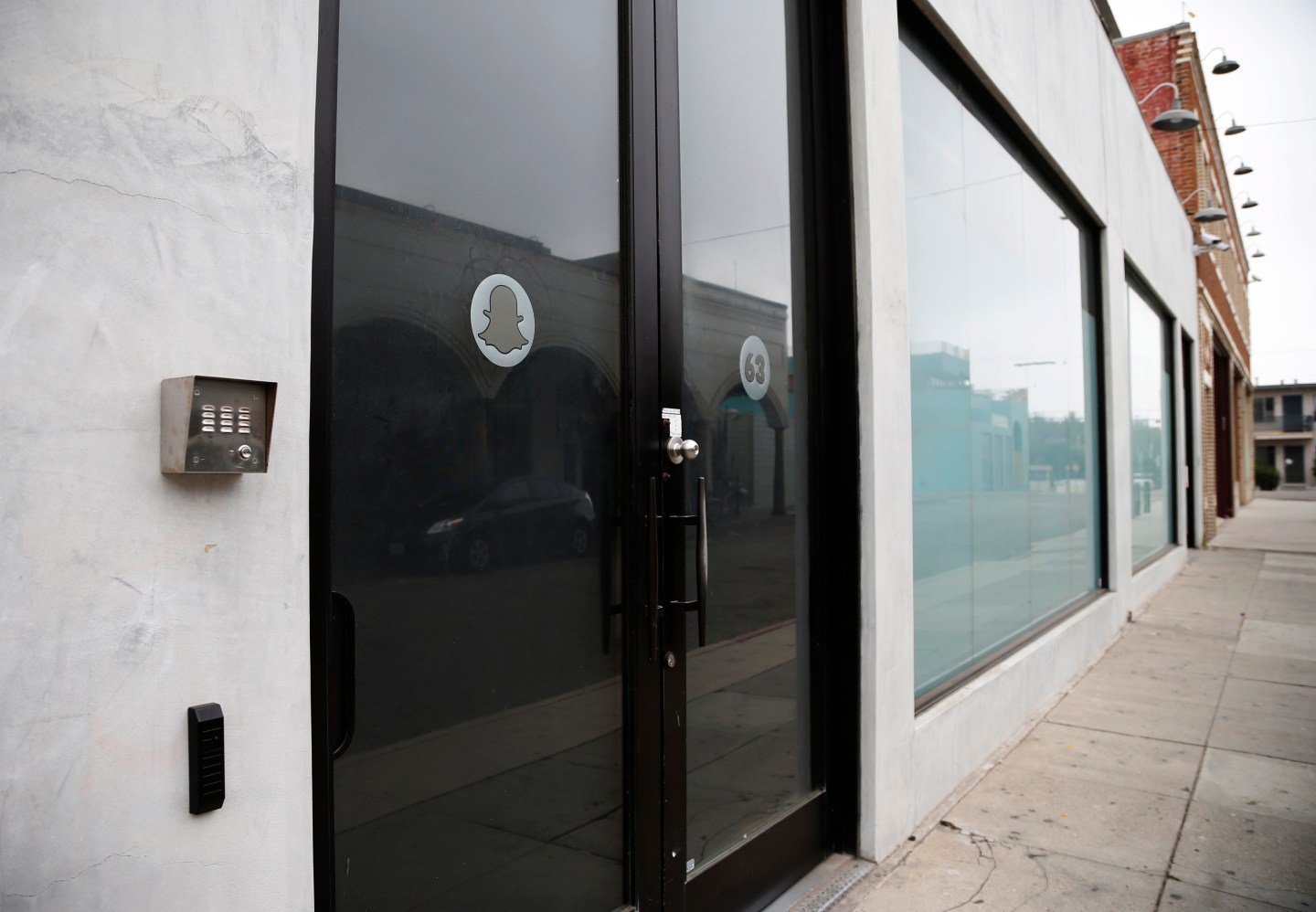 Snapchat's headquarters is seen in Venice, Los Angeles, California October 13, 2014. Mobile messaging company Snapchat blamed third-party software apps for possible security lapses that may have led to its users' private photos being at risk of online publication by hackers. A file containing at least 100,000 Snapchat photos has been collected by hackers who were preparing to publish them online, according to a report on the Business Insider blog. Snapchat lets users send photos and videos that disappear in seconds. REUTERS/Lucy Nicholson (UNITED STATES - Tags: BUSINESS SOCIETY SCIENCE TECHNOLOGY TELECOMS LOGO) - RTR4A0S8
Photograph by Lucy Nicholson — Reuters

It’s no secret that human resource divisions are dominated by women. In the U.S., a reported 74% of HR managers are female. That’s a large percentage—and, despite the dearth of women at many technology companies, female managers have marked their stake in many of Silicon Valley’s HR departments. Consider the long list of tech forces with a head of HR: Facebook (FB), Cisco (CSCO), Apple (APPL), Netflix (NFLX), Salesforce (CRM), Yahoo (YHOO), LinkedIn (LNKD), Pandora and Trulia, to name a few.

But this trend hasn’t caught up in the land of startups. While pretty much all large tech companies have an HR department, many startups still don’t see the value in hiring a head of HR early on. Even worse, some only realize the importance of this position when it’s too late—after some kind of crisis has already erupted.

In a blog post titled, “Beware the ‘Edifice Complex’—and 9 Other Ways to Damage a High-Growth Startup,” venture capitalist Marc Andreessen included “refusing to take HR seriously” as one of the top ways startups shoot themselves in the foot. (Others included “diluting the crap out of the cap table” and “pouring huge money into overly glorious new headquarters.”)

“This issue isn’t specific to just tech-heavy environments; it’s prevalent in any highly creative, highly skilled workplace,” writes Andreessen. “At a certain company size, you need both the ability to manage people and an effective HR person. (Even though it is absolutely worth training company leadership in good HR practices, most managers are dangerously amateur at doing actual HR). Without smart, effective HR, terrible internal managerial and employee behavior leads to a toxic culture that can catalyze into a catastrophic ethical—and legal—crisis.”

There are plenty examples of the kinds of crises that can occur when startups—or even small entities owned by larger parent companies—rely on their employees to self-regulate. Take mobile dating app Tinder, where inappropriate texts led to a sexual harassment case (and possibly contributed to the recent demotion of CEO Sean Rad). Another technology company, GitHub, hired a head of HR amid allegations of sexism and harassment tainted the company’s image. (Ironically, GitHub is an Andreessen Horowitz investment.) More recently, Snapchat brought on former Facebook exec Sara Sperling to start an HR department—after a series of sleazy emails sent by the company’s CEO were leaked to the press.

To be sure, hiring a head of HR doesn’t protect any company from allegations of sexual harassment or other kinds of employee misconduct or public embarrassment. But having a set of codes of conduct from the get-go is, let’s face it, a reminder to workers that, unlike a frat house, there is some semblance of parental supervision in place. And hiring an HR exec doesn’t necessarily mean doing away with flat organizations and flexible work environments—the stuff many startups are made of. It just means that employees aren’t expected to completely self-regulate: there are some rules and expectations in place.

“I think bringing HR in early works very well to attempt to head off potential people-related issues, and more importantly to help build the kind of business you want to become,” says Margie Mader-Clark, VP of HR at mobile security provider Lookout. “The work is strategic and proactive. However, at this early stage, it’s common for a startup to be faced with having to choose between hiring someone to lead HR or another engineer to build the product. For practical reasons, I’m not surprised that many choose the engineer. Bringing HR in later in the growth stages typically means the immediate focus is on cleaning up things that could have been anticipated and solved before they ever happened.”

Mader-Clark says she joined Lookout when the company had 25 employees. But for many startups, the practice of bringing on an HR professional has become a bit like when celebrities check themselves into rehab after going on an offensive rant—it’s too little, too late. Still, it’s understandably hard for some early-stage companies to see the need to invest in HR when the more apparent demand is for technical skills, and when software and outside firms can do most of the menial tasks performed by human resources departments, like payroll and benefits.

For those in need of more convincing, here’s a thought: If you’re competing for talent, you might need to expand your pool of candidates—including proactively looking for female developers. And if you want to proactively look for female developers, you might want to make your workplace more attractive to women. And if you want to make your workplace more appealing to women with technical skills, you might want to, well, start hiring some women. And if you hire someone to run HR, chances are high that it will be a woman.