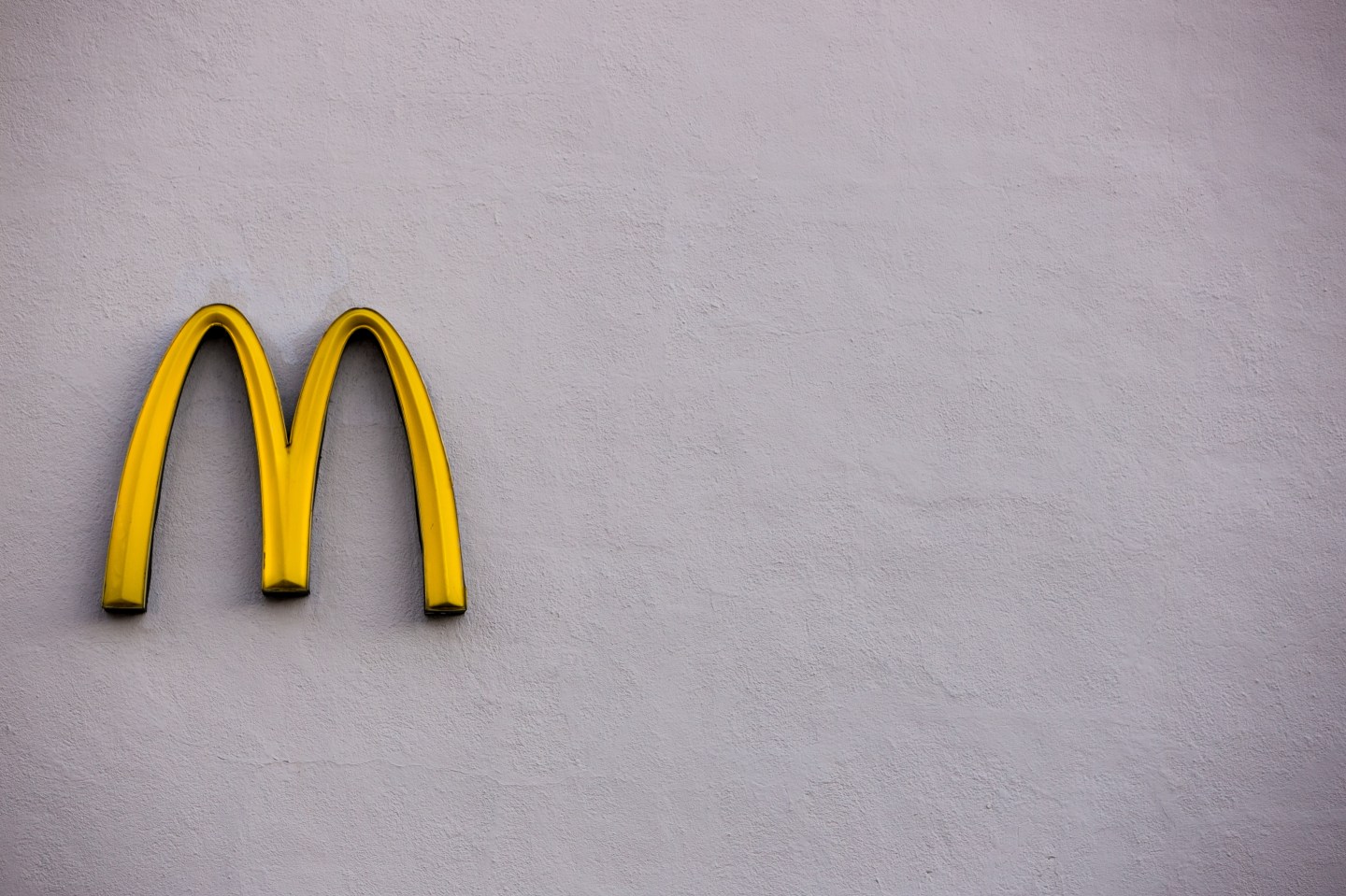 RENO, NV - SEPTEMBER 14: A McDonald's golden arches logo hangs on the side of a parking lot wall on September 14, 2013, in Reno, Nevada. Reno, located in the northwest corner of Nevada, continues to struggle from the effects of a housing bubble and the impact of Indian gaming in California. This has placed a major burden on its entertainment, recreation, food service and accomodations business sectors. (Photo by George Rose/Getty Images)
Photograph by George Rose — Getty Images

When word leaked out that McDonald’s had trademarked the phrase (and, well, equation), “‘Lovin > Hatin’”, the reaction on social media was swift and harsh. Though the fast-food chain insisted that the new wording was never intended to replace the company’s long-standing catchphrase, “I’m lovin’ it,” the Wall Street Journal reported it would debut on New Year’s Day and even get an airing in the Super Bowl—claims the company dismissed as “highly speculative and premature.” Still, the masses erupted with derision.

“McDonalds changes their slogan to ‘Lovin’ > Hatin’ in an attempt to be hip, yet still forces its employees to wear visors,” quipped Canadian radio host Tyler Middleton.”

McDonalds changes their slogan to "Lovin’ > Hatin’" in an attempt to be hip, yet still forces its employees to wear visors.

Branding experts merely shook their head. “I think the phrase created a certain amount of confusion,” says Tim Calkins, a marketing professor at Northwestern’s Kellogg School of Management. “It’s not certain what McDonald’s is trying to communicate.” And ambiguity is not a good thing for McDonald’s, as evidenced by a tweet from ESPNW columnist and on-camera host Sarah Spain: While lovin’ may indeed be greater than hatin’, “Hatin’ Beats Heart Disease.”

For now, it doesn’t look as if this mathematical theorem will make it into the pantheon of McDonald’s slogans, alongside the “Two all- beef patties” jingle and “You Deserve a Break Today.” Once a phrase gets tainted, says Calkins, “it can spoil the water before you even roll it out.”