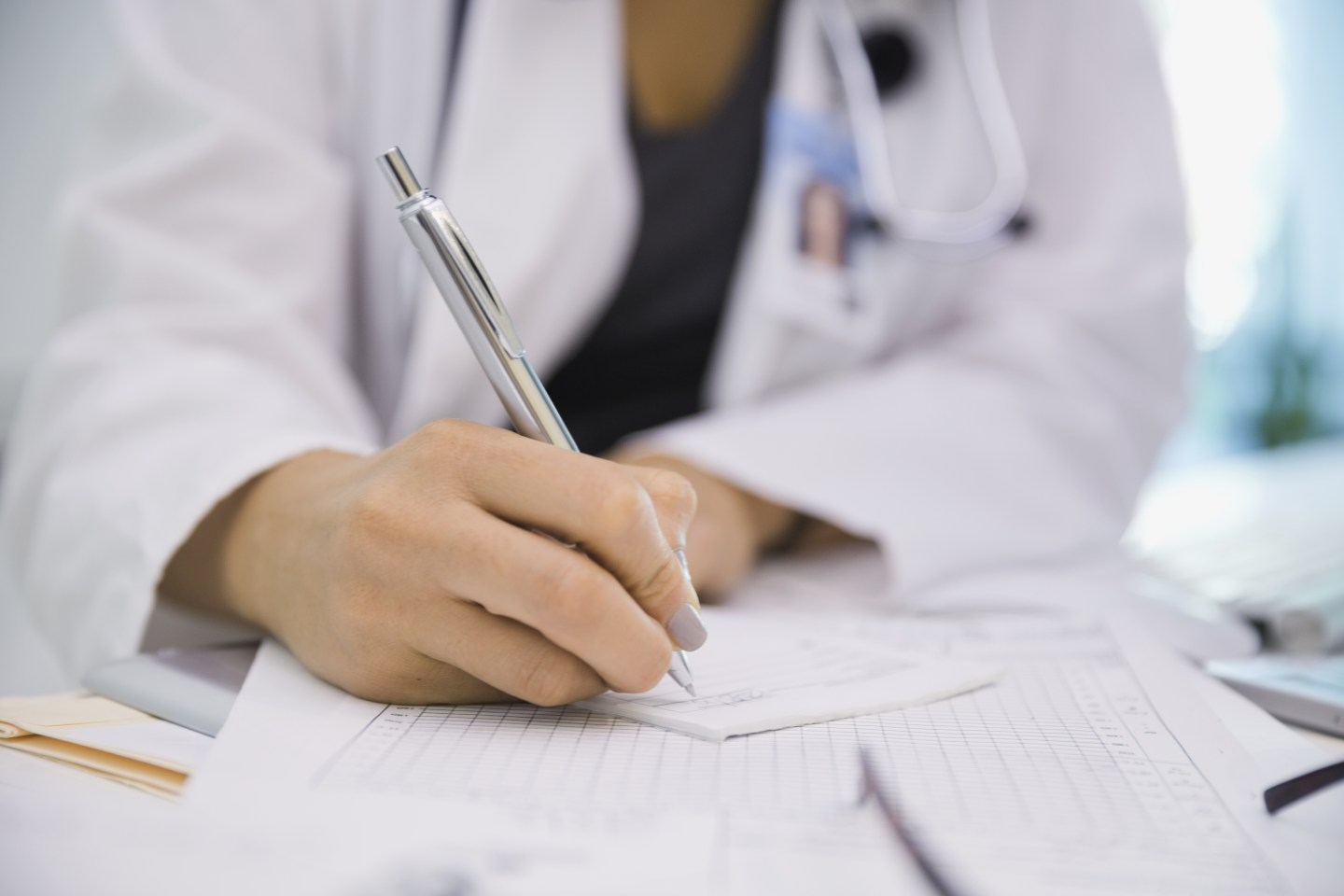 Sitting in the doctor’s waiting room is all about masochism. You’re sick, you’re waiting, and you’re surrounded by people who are hacking and sneezing.

Ron Gutman, CEO of HealthTap, envisions a world where people can meet their doctors from the comfort of their own homes—virtually. Last week, his app, HealthTap, rolled out a new service that lets users consult virtually with doctors for $44 a visit.

Virtual healthcare remains a nascent market. Only 10 million of 1.2 billion annual doctor visits are done virtually, according to research firm IHS. The number of virtual consultations are expected to double by 2018, but that still leaves a lot of room for more. IHS estimates that one-third of all doctor visits could be handled virtually.

When it first launched, HealthTap let patients tap into a network of 60,000 doctors and text them a question for free. A premium subscriber service let users see doctors online for $99 a month. Doctors prescribe medicine, which can be sent to the pharmacy nearest to the patient. In addition HealthTap can send notifications to remind patients to take their medicine.

Concierge, the new service, lets patients meet with doctors virtually at any time and place on an ad-hoc basis. Patients can even ask their own doctors to sign up and join.

Gutman started HealthTap four years ago to help with the inconvenience of visiting a doctor. As a graduate student at Stanford he did research on personalized medicine and became passionate about health technology and how it can be used to help people. HealthTap grew out of his research, and he now has a team 62 people working on the idea including composed of engineers, products developers, designers and doctors.

HealthTap keeps a portion of the fee for every virtual consultation it handles. The company declined to say exactly how much. Doctors get the rest.

Gutman is careful to stress that there will always be a place for in-person care. “Doctors are very cautious,” he says. “They will tell someone when a virtual consultation isn’t enough and they need to go for an in-person consultation.”

Rules for virtual healthcare vary by state, according to a paper by Pepper Hamilton law firm. Federal laws also apply. But legal definitions are all over the place around virtual medicine, making it difficult for doctors to be certain of the regulatory landscape. A federal bill to standardize things was introduced last year, but has not yet been voted on.

Overall though, virtual healthcare doesn’t change much about a doctor’s liability. The biggest change is that virtual healthcare creates a record of the doctor patient interaction. “It’s like anything else, it could protect the physician or condemn them, depending on their actions,” says Mark Kadzielski a partner at Pepper Hamilton law firm.

Still, regulation and reimbursement are only a few of the complexities that need to be worked out before virtual care becomes widespread. Roeen Roashan an analyst with research firm IHS points out that technological barriers to virtual medicine are nearly gone. The remaining obstacle is whether virtual healthcare platforms are easy to use.

“It’s really about what creates less work for doctors” says Roashan who specializes in healthcare technology. “Antiseptics took 100 years to be adopted because it meant more work for doctors even though they delivered clinical benefits. But we’re seeing change, a lot of doctors are ambassadors for virtual healthcare, and so patients will adopt.”

And doctors have a number of systems to choose from. The field is filled with competitors. American Well, a digital healthcare company, founded in 2006 offers virtual consultations for $49 per visit. The Mayo Clinic partnered with Better, a California health technology start-up, to build an app that connects patients to the clinic’s doctors and nurses for $20 a month. And even non-traditional companies are joining in. This summer telecommunications company Verizon launched its own virtual consultation app, Virtual Visits.

The wrinkles are still being worked out in virtual care—the ins and outs of insurance, as well as the precise letter of the law. However, now at least, patients will be have some say in where they suffer: at home, or at the doctor’s office.