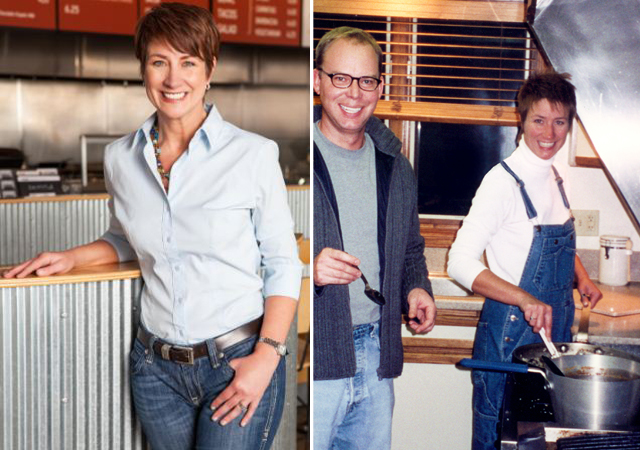 In 1995, Gretchen Selfridge almost turned down the opportunity to manage the second Chipotle in the country. Now, she runs around 850 of them.

As Chipotle’s restaurant support officer, Selfridge role is similar to that of a co-COO. She is responsible for half of the Chipotle’s across the country while another exec, Mike Duffy, manages the other half. Nearly 20 years ago while visiting on tables at the now-closed restaurant that she worked at in Aurora, Colo., one of her regular customers asked her if she wanted to join the new venture. She said no way. There was no chance a concept like Chipotle’s could survive, she thought.

“Back in 1990s, there wasn’t this category of restaurants. You had fast food and you had full service,” Selfridge said in an interview with Fortune. “I was working at a full-service restaurant. I didn’t want to go work at something like a Taco Bell. I sort of turned my nose down on the opportunity.”

Eventually, Selfridge took a meeting with Steve Ells, Chipotle’s founder and co-CEO, to learn more. It didn’t take her long to change her mind on the company. Calling Ells a “visionary,” Selfridge said she didn’t care what kind of restaurant he was running; she just wanted to work for him. The next year, she became the general manager of the second Chipotle (CMG) in the country in Denver.

A 31-year-old Selfridge realized quickly that Chipotle wasn’t like any other restaurant. In her experience in the industry, the only time a customer asked to see the manager at a restaurant was to complain about the food or the experience. But at Chipotle, she had customer after customer asking her how they could open up a franchise and when they planned on opening up a location closer to their home.

Loyal patrons weren’t the only ones who wanted to get a piece of Chipotle’s Mexican-style pie. At the end of 1997 with only a handful of restaurants spread across the Colorado area, the company got a call from an unexpected source: McDonald’s (MCD) . The fast-food giant known for its golden arches and greasy French fries wanted to invest. Once McDonald’s agreed to stay out of Chipotle’s business and simply act as a lender, Ells and his team agreed to take them on as a financial partner.

Chipotle eventually dissolved the partnership in 2006, but McDonald’s initial investment allowed the small burrito joint to set its sights on larger growth. When Selfridge came in to run the second Chipotle, Ells and his team thought they could eventually grow to a total of four restaurants. By 1998, the company was opening 13 every year. Last year, Chipotle opened up 185 new restaurants bringing the total to 1,700 stores and raking in $3.21 billion in revenue.

“I remember thinking, ‘McDonald’s is a huge company. What do they see in our just 13 stores?’ That’s when I realized that this could be really big.”

Selfridge, armed with an associate’s degree in business from a junior college, kept up with Chipotle’s exponential growth by focusing on what she knew best: people. Moving up the corporate ladder from the general manager of one store to restaurant support officer also responsible for Chipotle’s compliance department, Selfridge talks about her growth as a leader as if it were as organic as Chipotle’s growth itself.

“When you wear a lot of hats, you tend to figure things out,” she said. “People come to you because you are a resource and you understand how to do things.”

Yet despite Chipotle’s unprecedented success, the company still experiences some growing pains. Namely, Selfridge says the company’s dedication to only hiring the best people has made it difficult to staff restaurants at the same rate as demand for new stores. Chipotle ranks potential new hires on 13 innate characteristics like ambition, presentation and attitude. Finding five managers and 30 employees that fit the bill for each of those stores is a challenge.

Personally, Selfridge says her biggest challenge has been believing each time that she could rise to the challenge of her new role. She was never insecure, she said, but she never envisioned that she would rise to the ranks in the food industry that she finds herself in now.

“I was put into a position that I thought I never would be put into,” she said. “Somebody believed in me and gave me the confidence. I have been given a great opportunity.”