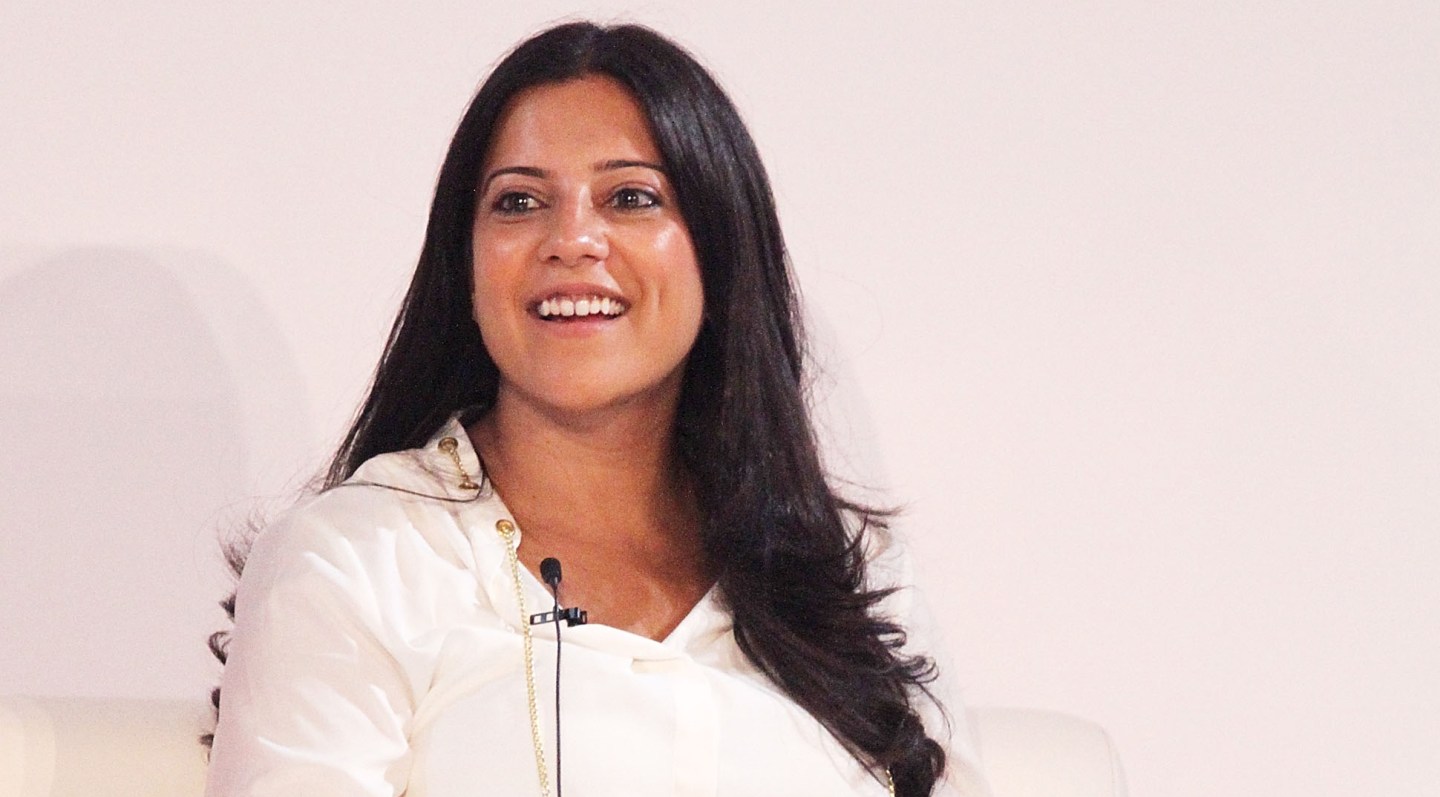 Reshma Saujani is a former hedge fund lawyer, New York City deputy public advocate and the first Indian-American woman to run for Congress (she lost a primary race in 2010). In the spring of 2012, she shifted gears and launched Girls Who Code, a non-profit that aims to close the gender gap in technology and engineering.

In a relatively short amount of time, Saujani has gotten the likes of Twitter (TWTR), General Electric (GE), Square and Google (GOOG) to sign on to her initiative: two-month long programs that teach young women to code and offers mentorships. The companies host the girls at their headquarters; Square and Twitter co-founder Jack Dorsey has been a big supporter.

Saujani also been outspoken about the so-called “brogrammer” culture that has spread in Silicon Valley companies and why getting more girls to code isn’t a moral issue, but rather an economic necessity. (Hint: There is a growing talent shortage in technology.) We recently caught up with Saujani to find out more about her take on the challenges and opportunities in closing the gender gap.

Fortune: How do girls get turned off of computer science?

Reshma Saujani: I don’t know if we ever turned them on to it. There has been a long line of women way back when involved in the history of programming. But when we started turning it from having computers that were procured by the military and academia to something very personalized, we immediately started marketing them towards boys, not girls. When you look at Bill Gates or Steve Jobs, many of them had these devices that they were tinkering with. Girls were not really part of that whole tinkering revolution.

Putting things together is considered to be a very male thing. Boys like to break things and put them back together. Girls like to dress up. In the 80s you had Revenge of the Nerds, and now we have the ‘brogrammer’ culture. We created a cultural myth around this, that you have to be that way to be successful. And in many ways that cultural myth is not attractive to women.

So what needs to happen to change this perception, that coding is for boys?

The Maker Faire movement is really important. It says that it’s not just boys that like to break things apart – it’s fun. What happens to boys in tech is in many ways different than what happens to girls in tech. it’s not that they’re facing sexism per se it’s that they don’t think it’s cool. So I think we really have to change the way we present technology.

But how do we do that? With pink Legos?

You have to meet girls where they are. One of our girls built a video game called Tampon Run. We can draw attention to menstruation and all sorts of issues. And listen, if pink Legos will encourage them to build, that’s fine. There isn’t an aptitude issue. I don’t think it’s that, genetically, girls and boys are wired differently. I think that’s absolutely false. To me it’s not about gender parity for the sake of gender parity. But there are problems that girls want to solve, and they’re very different. They’re often about world hunger, or obesity or other issues.

What’s Silicon Valley’s role in all of this?

Their role is to solve the pipeline problem. It’s great that you’re hosting girls who code but are you going to hire our girls? Are we really going to see a change happening in the next two years?

Microsoft’s CEO recently told a roomful of women that asking for a raise isn’t the best way to get ahead. What do you think we should be telling girls?

For so long women have been waiting to get recognized. The world doesn’t work that way. We need to teach girls that it’s ok to ask for what you want when it comes to your salary or whatever it is you want to enhance your career. No one is going to notice you no matter how amazing you are. After I lost my last race, nobody called to offer me a job. My phone isn’t ringing off the hook to join corporate boards. I have to ask. It just doesn’t work that way, unfortunately. If I waited until someone asked me to do anything I’d be waiting forever.